one has to think about that slowly: 20 000 Cows on one Farm in North Spain, plus their calfs, as without calves no Milk! 50% of the calves are male, so useless for the further milking business. All these Cattle have to be feeded, feeded more as usual as they are producers in the process of milk production. So where will they get all the Power Feed from? Corn and soy beans? What about the Carbon footprint? What about the little farmers around? And what about the immense suck of energy, as these cows live and produce best at about 7 dregrees Celsius? They would have to cool them down constantly with water – another Problem, a lot of water will be spoiled, like at the farm in Saudi Arabia…

No wonder, these plans about the largest Milk – Farm in Europe currently present a great deal of excitement in Northern Spain. According to COAG (spanish Committee on Agriculture), the Cooperative Valle de Odieta in Noviercas, west of Saragossa, intends to build a farm with a total of 20,000 dairy cows, 900 hectares of farmland and 250 employees.

Subject to the pending approvals, the project is to be implemented in several growth steps over the next five years. COAG criticizes the project violently. Farmers’ Association: Animal Health “Time Bomb”; also the society the association described a dairy cattle farm of such magnitude as animal health “time bombs”.

If a single case of a disease such as bovine brucellosis was present in the herd, 20,000 animals would have to be culled. Compensation would amount to more than EUR 16 million; Four times more than the annual budget for animal health provided by the regional government. The farmers’ union warn of the consequences of such Mega-Stable.

Already in the past weeks, COAG had warned that the planned operation would replace 432 farms of the regionally average size and destroy 726 jobs. Regarding environmental protection, the immense water consumption and the large quantities of accumulated waste are problematic. In order to tackle the investment project, the farmers’ union started a signing action. The aim is to encourage the responsible regional government of Castile and León to prevent the project and to defend the “model of production in small and medium-sized enterprises”.

Which makes sence. Specially as they just have a case: Spain has confirmed a case of BSE (Bovine Spongiform Encephalopathy), commonly known as mad cow disease, in the northwestern province of Castilla-y-Leon, according to the World Organisation for Animal Health (OIE). The Link to the Story from Agriland: Mad Cow Disease 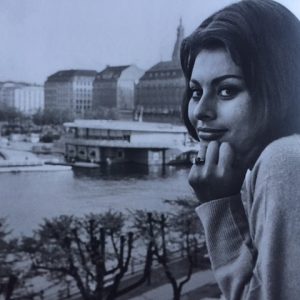 Sophia Loren, for example, preferred home-made pasta, and that for she let the bathroom of her suite converted into a kitchen....
Copyright 2014 Ruth Schalk
Back to top