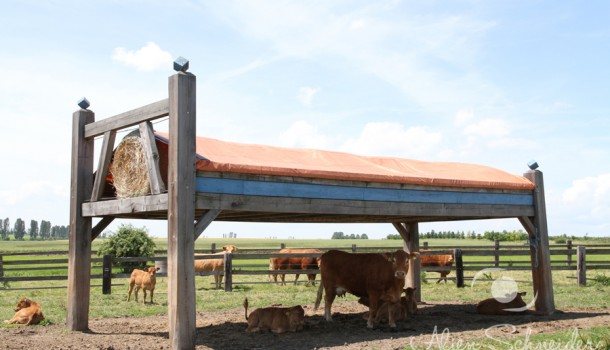 Right in the middle of Germany invites a lawn marvel: there are cows beside or beneath their bed and horses 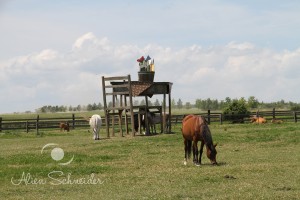 frolicking around table and chair. It looks pretty solid. However, in the small village near Erfurt in Thuringia, where this fun “Ensemble” is, this is quite normal. A local lumber dealer has his pasture and his paddock furnished: “Even cows and horses are entitled to table and chair,” says Jens Braun. The six families Horse grazing allowed under the “establishment” as if they were in the kitchen and not in the countryside. Underlines the bizarre picture yet of a giant asparagus sprouts from the earth. Again and again remain cars in front of the meadow are, people get out and hope to eradicate “diagonal image” on your mobile phone the. Believes nobody else! 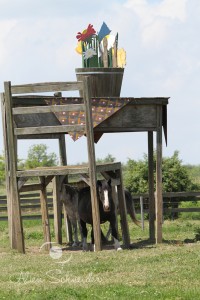 Die animals ignore it and see it in its stride the brown. Cows they hold only in passing, for their own use. There are breed cattle. Two bulls and six ‘girls’, fine French women from the Limousin, nice to see them because so stretched out in the green grass and rumination are relaxed. “Our first cow,” Erna “which ran as a calf even through the store,” says Sylvia Brown. The family lives with their animals in a harmonious symbiosis and the menagerie is growing steadily. Eventually, the stall was too small. A shelter for the pasture was needed so that the animals could protect themselves from the blazing sun or heavy rain. “Only a shelter that was just too boring. So we came up with the idea with the furniture, “says Sylvia Brown.

The table is at least 4 feet high. “This must be so, for otherwise the proportions are not,” says Sylvia Brown. “The chairs are extra 2.40m high, so that the horses can run under it by unconcerned. Horses are prey animals and so living in a hierarchy. So they do not get hurt. “Recently Jens Braun has taken away the Winter arrangement with the crane and placed spring flowers on the table, an image of the idyll …


Tags:  Furniture for cows and horses 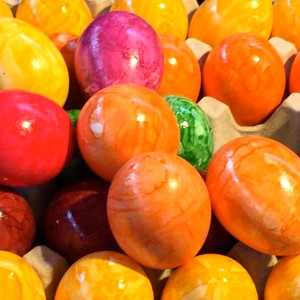 Everywhere they tempt at Easter to purchase, the pretty colorful dyed eggs. Described as "indoor" or "free-range eggs"....
Copyright 2014 Ruth Schalk
Back to top