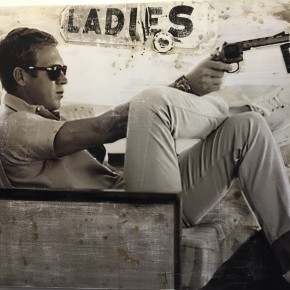 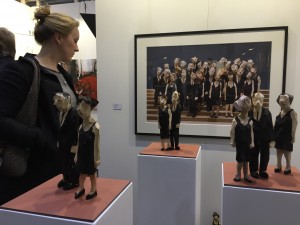 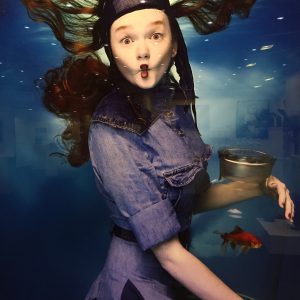 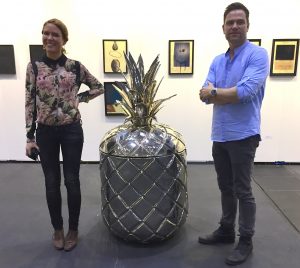 the changing rates of pounds to euros you have reached the limit quickly.” Oliver Laehndorf and fair manager Judith Waldmann, manage together the Art Fair in Hamburg.

A whole new platform for three young Hamburg artists, emerging artists , Judith Waldmann organized alone . The artists they personally fished from the Hamburg art scene , or from the study programs HFBK , the College of Fine Arts. This part is not commercial. The young artists can let off steam completely free on the Art Fair, regardless of size and shape. Something daring, but a good opportunity for more attention to what Verena Schoettmer with pineapple succeed, but to conceal and now catches the eye. 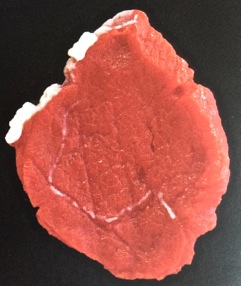 Mika Neu also emerging artist, designed, inter alia, Meat. With pigmented silicone , glass and plexiglass the animal product looks really striking out ” bite ” almost to. “Meat ,” said Mika tells me “has played a major role for the identification 2000 years ago already . Who could eat a lot of meat was considered rich.” The two art pieces of meat originated in a project about identities .

Between the objects, one always finds ‘ tricks ‘ of world- known artists, such as Damien Hirst at Monifold Editions. His encounter some points already priced amazingly fast at the upper limit of  7.500 €.

He’s just a terrific self- marketer.

Other renowned artists can be found on the on the show, as Guenther Uecker in the Gallery pan – Dreesen. He has established his nail images and the associated kinetic art .

Are always interesting paintings by Gerhard Richter. The his “red man” a guitar hanging around his neck while he pushes a machine gun in his hand. Direct shoot I was not allowed unfortunately, it depends on Felix Jud . 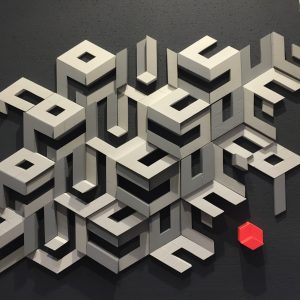 An interesting newcomer is the Gallery Affenfaust with cubist motifs, by Push, street art and other unusual objects.

Particularly beautiful are the many good photographs that some grant heartfelt insights into how the . in the soul of the animals by Walter Schels or also the photos of Romy Schneider in the Multiple Box.

Noteworthy is the international mix. One meets galleries from Paris, the Netherlands, New York , Singapore and other distant places . This diversity is really great! A few artists are also present and grant together with the gallery like an interesting insight into the secrets of the art market …

It all started in 1996. The Briton, Will Ramsey, had the brilliant idea to democratize art, they offer affordable for every man. For this he opened an art department store in London. It runs fantastic. This results in the next step almost automatically and Ramsey Launches three years later, the Affordable Art Fair in London. The Hansa have a difficult reputation in the art scene: “It has been suggested that the Hamburgians indeed like art, but buy at the show none. But that’s not true, it even runs very well,” says the fair director. 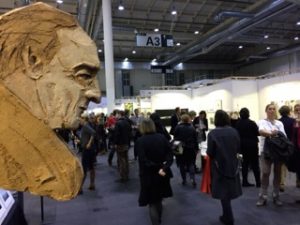 “Through the Fair, we reach a lot of people who do not trust in galleries. There are no inhibitions 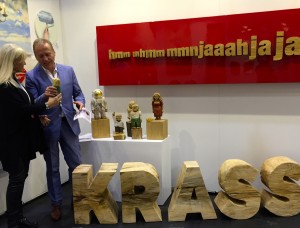 After that, I ‘m a little confused by the many impressions. Everything is worth seeing, much I would like also to show, and told, but space is limited here and my trend depends of course on animal and meat. The fair is easy to find, thanks to the many pink signpost of “WeAreVisual”: Exhibition halls Hall A3 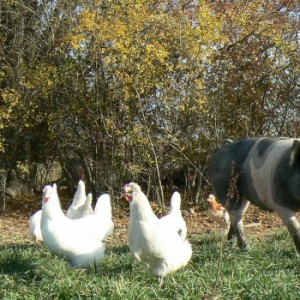 meats In Germany all warm-blooded animals slaughtered or hunted, provide us with the meat for human consumption. These include...
Copyright 2014 Ruth Schalk
Back to top