German Chancellor, Angela Merkel, plans to visit the British Museum for “Germany, memories of a nation” 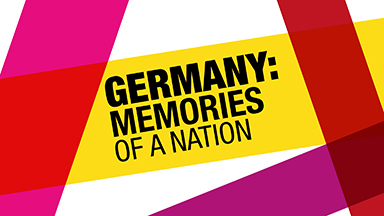 In her New Years Speech our Chancellor, Angela Merkel, talks about tolerance, open minds and understanding each other. For the Chancellor also include the digital revolution, demographic change and migration to the big challenges of the future. Decisive is the european cohesion, because “it makes our society more humane and successful.” The key to peace in Ukraine Merkel locates also in the unity of Europe .

The Deputy Speaker of the Federal Government, Georg Streiter, announces: German Chancellor Angela Merkel will travel on 7 January 2015 in accordance with London and meets with British Prime Minister David Cameron. The trip takes place in the context of the G7 presidency of Germany. It is used in particular the preparation of the G7 summit on 7 and 8 June 2015 Schloss Elmau, Chancellor Merkel will discuss bilateral, European policy and international issues with Prime Minister Cameron. During her stay in London, the Chancellor will also take the opportunity, the exhibition “Germany: Memories of a Nation” to visit the British Museum.

A 600-year history in objects

Sponsored by Betsy and Jack Ryan

This exhibition examines elements of German history from the past 600 years in the context of the fall of the Berlin Wall 25 years ago.

From the Renaissance to reunification and beyond, the show uses objects to investigate the complexities of addressing a German history which is full of both triumphs and

Navigate through Germany’s many political changes – from the Holy Roman Empire through unification in the 1870s and the troubled 20th century to today’s economic powerhouse at the centre of Europe.

Explore art by Dürer, Holbein and Richter, and marvel at technological achievements through the ages which gave the world Gutenberg’s printing press, Meissen porcelain, the Bauhaus movement and modern design icon the VW Beetle.

Modern Germany as we know it today was born 25 years ago with the fall of the Berlin Wall (9th November 1989). Since 1990 this new Germany has had to think about its relation to the history of East and West Germany and all the Germanies before that, the country’s identity has been shaped not only by modern history but by a rich narrative stretching back over the past 600 years. Throughout its history, Germany has been notable for internal political and religious complexity and loose and ever changing frontiers. Germany’s history is one of the most complex and important in Europe and has had a profound effect on the past, our present and future. 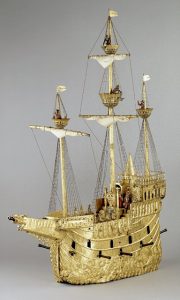 Sponsored by Betsy and Jack Ryan, Germany: memories of a nation features 200 objects selected to reflect on a number of key themes: floating frontiers; empire and nation; arts and achievement; crisis and memory. The result is necessarily impressionistic and focusses on a key period of 600 years, from the 15th century to the present day.

Rare loans from venues across Germany are displayed, most of which have never been seen in the UK before. From the most famous and iconic portrait of any German in history, the huge portrait Goethe in der Campagna by Tischbein, generously lent by the Städel Museum in Frankfurt, to an early edition of Grimms Fairy tales, to a home–made banner from the demonstrations of late 1989 cut in the shape of a united Germany and carrying the inscription Wir sind ein Volk – ‘we are one people’, this exhibition tells diverse and fascinating stories through objects which embody the memories shared by all Germans. German cultural achievement cannot be overestimated, in the creation of objects of both beauty and purpose.

The production of the Gutenberg Bible in the early 1450s marked the creation of modern Europe, the imperial cities of Nuremberg and Augsburg have been home to an enduring metalworking tradition. Germany’s contribution to printmaking and in particular the genius of Albrecht Dürer, the first great artist in a mass-produced medium, the rediscovery of porcelain technique by the Meissen factory and the work of the Bauhaus changed the world and are witness to Germany’s enduring impact in the cultural world.

The devastating and tragic events of the first half of the 20th century inevitably shape modern perceptions of German history and culture. The exhibition reflects these events through the works of witnessing artists and evocative objects of the time. Otto Dix prints reflect on World War I, banknotes issued during the period of hyperinflation to financial crisis in the 1920s and works by Käthe Kollwitz’s memorialise of the political chaos that followed 1918. A loan from the Buchenwald concentration camp, the camp’s replica gate with its inscription in elegant Bauhaus lettering stating ‘to each his own’ is a powerful reminder of how established legal precepts can be utterly debased and flouted; a simple refugee cart is testimony to the largest organised deportation in history as Germans from across Europe were forced to return to the re-drawn borders of East and West Germany after 1945. When a once more divided Germany had to engage with this past and create a present that could accommodate it, a process that modern Germany continues.

The end of the exhibition is dominated by the hovering figure of Ernst Barlach’s Der Schwebende, a mourning figure in solid bronze designed for Güstrow Cathedral initially as a memorial to those who died in World War I. Its subsequent fate has meant it has become a distillation of Germany’s 20th century history and a powerful symbol of the strength of reconciliation. It is being generously lent by the Evangelisch Lutherische Domgemeinde Güstrow for the first time.

‘Germany: Memories of a Nation’ by Neil MacGregor will be published in hardback by Allen Lane on 6th November price: £25.00 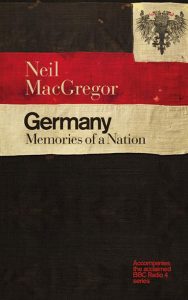 Admission charge £10 plus a range of concessions. Members and children under 16 go free. Tickets can be booked online at britishmuseum.org or on 020 7323 8181. 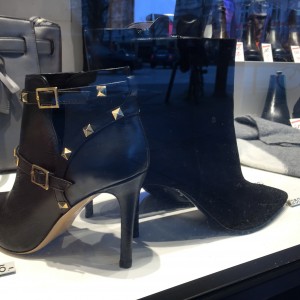 Link: "Killer Heels" presented in the Brooklyn Museum in New York French study is the first to investigate the effect...
Copyright 2014 Ruth Schalk
Back to top