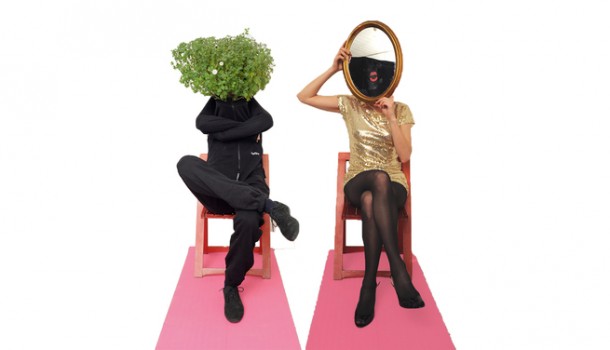 Dadaism- obliquely possible beautiful, so it began at times, more an one type attitude as an art direction. The ‘wild Club of the Dadaists’ broke with the normal practices of the Society, turned conventions upside down and mixed the Company up naughty and provocative. It is administered with humor dosage criticism of the often perceived as too rational bourgeoisie, which still makes up the charm of this movement today. All the more interesting, how it started, at the applicable than ‘civilized’ Swiss, in a small alley in Zurich with Hugo Ball and Emmy Hemmings. A couple that fled from Germany before the turmoil of World War I and the stiffness of the industrial bourgeoisie in 1915 to Zurich. In the middle of the honky-tonk entertainment of the Varieté and within the carination after the first World War, the two opened up the Cabaret Voltaire in February 1916 in the Spiegelgasse 1 in Zurich. Accordingly high it went forth. During a 20-member balalaika band played the audience had jester’s license. Emmy Hennings, a drug addict ‘lady’ from the milieu, with many colorful contacts and Hugo Ball, the little lonely son of a shoe manufacturer from Pirmasens, complemented fantastic. 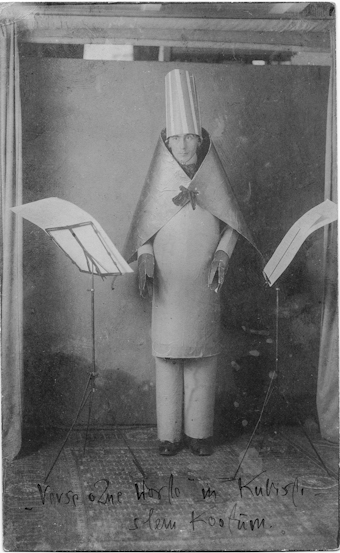 Together they created a rather unusual mixture. Fixed by Emmys loose lifestyle, Ball developed in his turn daring forms of representation. Legendary was his appearance in his Cubist costume, a kind of a mixture of a Cardinal and a loo-roll, in which he presented to the astonished public his early poem slang: “Gadji-beri-Bimba”. This appearance is considered the birth of the performance. About the sound poems are reflected the madness of war. Ball and Hemmings sat with their complex presentations and ideas a virus in circulation, which spread from Berlin via Paris to New York and to this day it became a part of the avant-garde. It pushed to an art revolution that performs itself by the time, always impressing new directions. Surrealism, Pop Art, Punk, would be without Dadaism probably unthinkable.  Marcel Duchamp stuns New York signed by a simple urinal, it dubbed with “Fountain” and then declared as artwork. It’s readymade, modify a everyday object minimal and tell him to art. Duchamp has thus created the concept art into life. Kurt Schwitters founded equal but his own branch in Hanover. Max Ernst with his “Chinese Nightingale” and Hans Arp  are also considered as well known advocates of this somewhat unpredictable style. Closely related to this direction is also the painter Francis Picabia, acting in ‘public’ always likes where he enrolled embassies face in restaurants, such as Raoul Hausmann. Dada Baroness Elsa of Freytag-Loringhoven staged with “I am art” in the streets of New York as a living work of art. The women then should still live the status of the brave housewife ignored the Baroness studiously. She enjoyed the public appearance, like behing with bright vegetables and made long before Lady Gaga for attention. Marilyn Manson and Lady Gaga in her meat dress, during Gagas spectacular show at the MTV Awards 2010, covered totally in meat, are currently avowed Dadaists. “The idiot, the self-imposed madness is the mirror of an insane time”, the swiss curator Juri Steiner explained. He is also the organizer of many Dada-exhibitions, so he describes the movement in Zurich. But Dada is much more:

For a book project Tristan Tzara collected (orig.Samuel Rosenstock, a Romanian writer and co-founder of Dadaism)  about 200 works of Dadaism till 1921 and wanted them always summarized in his book project “Dada Globe“. What he did not make it, the “Kunsthaus” Zurich is trying to catch up in his current exhibition, Link: Kunsthaus Zürich

For the 100th birthday of the movement, the city of Zurich has also baked a lot, Link: Dada in Zürich

Position Pic: © Ipek & Bálint = the Washing-machine Group; besides it decorates this invitation to the festival: It starts at 8:58pm on Saturday, 5th March 2016, but you may come any time 😉 Link: Dada Ball Zürich 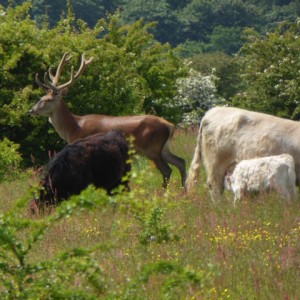 At the Farm "Bunde Wischen" everyone has space, pleasant plenty of space for cattle. Normal expects to approximately 0.7 hectares...
Copyright 2014 Ruth Schalk
Back to top