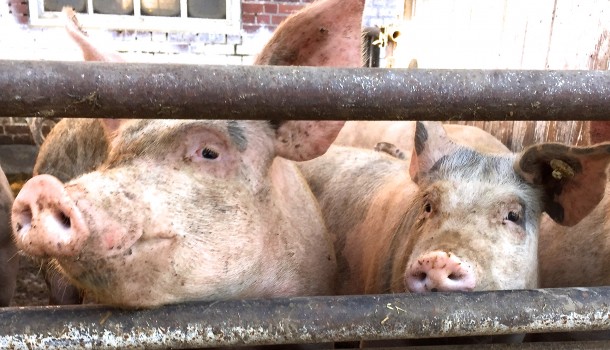 0 Comment
F.A.S. – Press Release: Sixty million pigs are slaughtered each year in Germany, and two thirds of them are stunned with carbon dioxide previously (CO2). The method is controversial, “because the anesthetic with CO2 does not take place immediately and the animals show in initiating respiratory distress symptoms and a strong defensive behavior”, such as the Federal Government noted the end of 2015 in its animal welfare report. Experts such as Prof. Klaus Troeger, former head of the Max Rubner Institute in Kulmbach/South of Germany, see it as a “torment” for the pigs: “10 to 20 breaths are always necessary before the gas acts. The acid effect on the mucous membranes, the suffocation stress and the resulting panic sense the animal.”
On Friday, the animal rights organization Peta has therefore filed charges against a total of 25 pig slaughterhouses in Germany at 18 prosecutors. This is clear from the criminal charges which are handed to the F.A.S.. The CO2 method, accuses “the animals’ significant prolonged suffering” , and therefore it is contrary to the Animal Welfare Act, argued Peta. Edmund Haferbeck, Manager of the Legal Department of Peta Germany, says: “Even a second of this is too much for each pig.”
Alternatives to CO2 exist. However, they were “impractical”, so the federal government.
Veterinarians have yet point to another problem: The error rate during anesthesia could be at poorly equipped companys up to five percent; at worst animals could therefore shortly regain consciousness, such as they come into the brew, a kind of pig wash with water that is heated to over 60 degrees Celsius. The Tönnies Group, one of the largest in the industry, points out that such a thing does not happen: “The claim of the Federal Government through badly stunned animals does not apply to our abattoirs.”
More in the “LEBEN”  RS
*

The faint before the death 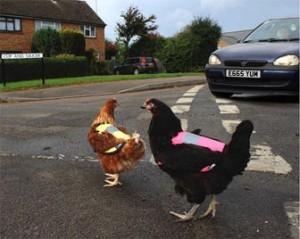 The english manufacturer “omlet” is worried about the chickens unprotected and roam free. So many chicken...
Copyright 2014 Ruth Schalk
Back to top