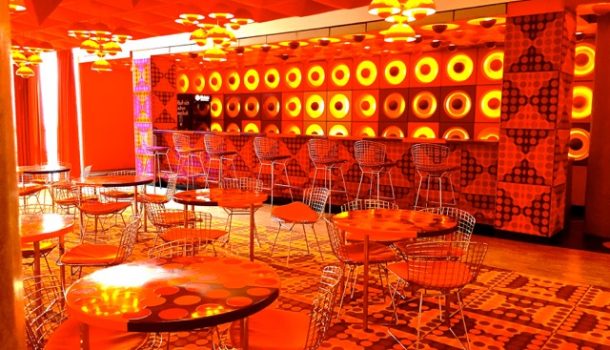 How will the diet of the future look like? What makes sense considering the location? Drought in Ethiopia – the people migrate in search of water often for kilometers and die on the road frequently. In India the monsoon 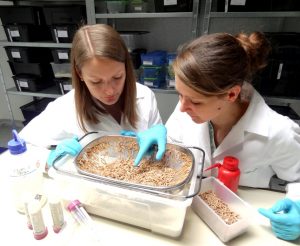 continues to decline, the wells dry, a result of climate change and wrong environmental policy. Extreme water shortage in big parts of the country is the result. About 3500 farmers lost their lifes there in the last year of despair. The rate of suicide in India is the highest among farmers worldwide. End of May 2016 in Germany weather disasters, together with too much milk, too much meat and debates about glyphosate. To produce one kilo of beef we consume about 25,000 L groundwater, for the production of 1 kilo of crickets we need only 3 liters of water in contrast – that’s reassuring. Insects as sources of protein can be produced much more by preserving resources than meat. So they are on the shopping list of 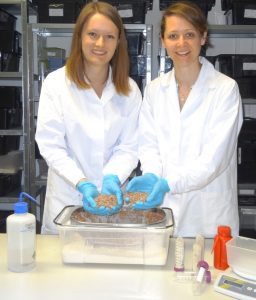 future. In many foods, such as peanut butter and flour, they are already hidden. Dr. rer. nat. Ina M. Henkel from the Department of Physiology and Pathophysiology of nutrition at the Institute of Nutrition in Potsdam breeds these crawlies with enthusiasm. Daily feeding the mealworms skillfully, which belongs to some of her preferred food: “The flavor is slightly nutty and towards umami (Japanese for meaty, savory). So at least my experience with mealworms, crickets and grasshoppers. Otherwise, I have tried yet sago worms in Vietnam. The consistency of the worms was leathery outside and inside mushy. The eyes of the worms cracked then additionally. So from the “mouth feeling” really all there, but tasted weird, gorgonzola-similar. “The University in Potsdam thus operates a kind of insect studio for mealworms. Henkel says the Potsdamer mealworms taste far forward, because they ensure, they are carefully brought up by the correct breed diet. The imported goods do not taste as good as theirs. Certainly a cooking class would raise the level of total mealworm flavors and their kind yet. 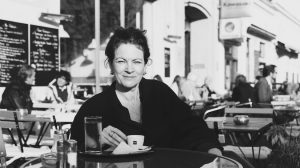 Hanni Ruetzler, known as a expert for food culture, operates a Future Food Studio in Austria. Starting June 2016 she offers a special insect-cooking class in Vienna*, called for 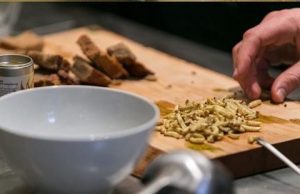 example, Pasta’n’Bugs “Original Italian or real futuristic” on June 20th, find out all about the preparation of insects and “a multi-course meal, in between grasshoppers, crickets and worm Buffalo.” With Pasta from Bruno Ciccaglione the whole is leveled somewhat. He performs on June 16 to the secrets of Italian pasta, made with home noodles and matching sauces. The Foodvisionary summarizes her findings annually in a study. Soon her Food Report for 2017 will reflect on the future Institute in Frankfurt.

In Livin Farms you can order insects skyscrapers and then raise this protein yourself. As one knows what you’ll get.

In the UK they breed insects for chickens lining Proteinsect-studios even across the EU.

The Post picture ⒸRuth Schalk, showing the mirror canteen. It was created in 1969 by the Danish designer Verner Panton, and since 2012 you can watch it in the Museum of Arts and Crafts in Hamburg- a timeless design of a cantine…

Gastón cooks not just for fun, he cooks out of passion and for Peru. Gastón Acurio is Peruvian with body and soul. With...
Copyright 2014 Ruth Schalk
Back to top