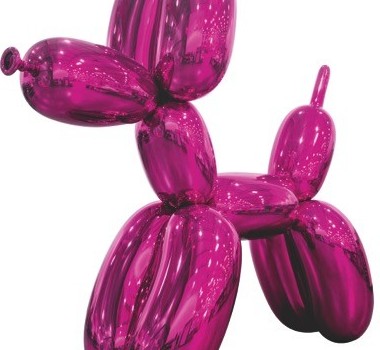 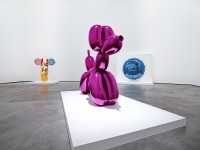 After a world tour that included the Whitney Museum in New York and the Centre Pompidou in Paris, the retrospective is reaching port at the Guggenheim Museum Bilbao already in the beginnig of June, but as Jeff Koons is the 180 percent contrary to Thomas Herbst in Character, in his art works and in the way of presenting 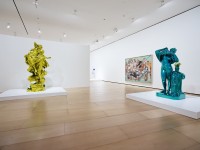 his art, I found it exciting to present him right after the hanseatic,  conservative impressionist with the faible for cows. It shows a fascinating difference, it shows a developement in the behaviour with the society during the centuries.

Jeff Koons is one of the artists with the most successful self-marketing manners. In that way he could be named in the same set with Damian Hearst. Both were absolutely top in showing their arts as specifics of

unnamed value. Guggenheim shows around a hundred pieces from Koons’s various artistic stages afford the public the opportunity to survey Koons’s career and the full scope of his work. His oeuvre, whose diverse series from the 1970s up through the present day are displayed chronologically in the Museum’s galleries, is populated with art historical references, especially to Surrealism, Pop Art, and Dadaism.

One noteworthy aspect of Koons’s artistic output is the evolution in his use of the readymade concept. Koons gradually disrupts the notion of the readymade as it was formulated by Duchamp, transitioning from direct exhibition of industrial objects to reproducing them, making changes in material, scale, and possible meaning.

Koons’s work lacks the aura of inaccessibility that often surrounds other contemporary creations. Very much to the contrary, his art is open, meant to seduce, and has proven attractive to the general public.

His creative process requires a wide array of mediums, as evidenced in the final object: his creations function as icons of modern society, symbols of popular culture, a celebration and, at times, a critique of contemporary taste. Koons is also the creator of emblematic pieces such as Puppy, the sculpture standing outside the Guggenheim Museum Bilbaothat has become Bilbao’s true icon. 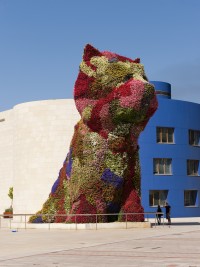 The Exhibition runs till the 27th september 2015, at the Guggenheim Museum in Bilbao – Avenida Abandoibarra, 2 48009 Bilbao
Guggenheim – Bilbao
The BBVA Foundation is proud to contribute to making exhibitions of this ambition possible. The retrospective enjoyed a warm reception at its New York and Paris venues, and I am sure that the Bilbao audience will have a similarly enthusiastic welcome in store for the work of Jeff Koons, an artist who leaves no one indifferent. 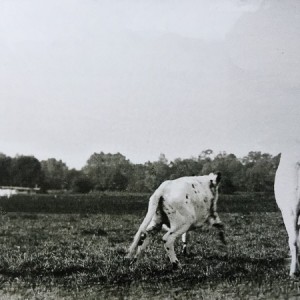 Thomas Herbst is a gem! He is Hamburg's 'green' Impressionist. The first director of the Hamburgian Hall of Arts, Alfred...
Copyright 2014 Ruth Schalk
Back to top