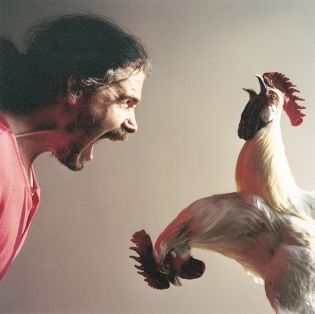 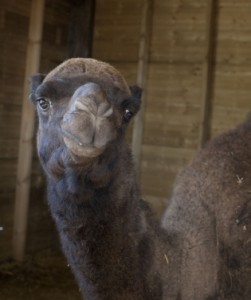 Artist Koen van Mechelen is working on a very special project: crossing chicken of different continents, countries, etc. He wants to breed cosmopolitan chicken. Since 1999, he travels with his chicks from China, America, Russia, Senegal and Cuba through the world. Now up to the June 7, 2015 he shows a “best of” his feathered magnificent specimen in an exhibition at the Museum Het Domein Sittard. “This is not a chicken” is his “art project” including live hens and a dromedary. In order to use the camel dung well, Koen van Mechelen use it to breed mushrooms. He shuffles his class chickens to feed. “This is good proteins,” he says. The chickens thank it with fresh eggs. These will then turn the visitors – what a cool, sustainable cycle…

This Is Not a Chicken, Sittard (NL)

From January 18 to June 7, Museum De Domijnen in Sittard (Netherlands) will be home to Koen Vanmechelen’s solo exhibition This Is Not A Chicken. Occasionally the museum presents exhibitions that focus on surprising turns within the work of artists who have already established reputations.
For his exhibition, Vanmechelen will transform the museum into a giant artistic and scientific laboratory. The artist will debut his MECC (Mushroom, Egg, Chicken, Camelids) project: a notable step within his work in which he will conduct a comparative scientific study of resistance among chickens, camelids, mushrooms, and people. This artistic-scientific project will go to places where scientific research can or may not. Dromedary antibodies promise to be a powerful weapon against viruses, but their merits cannot be delivered to humans yet. In studying the chickens, the focus will be on the Mx gene, which provides natural protection against various viruses, including bird flu. The Mx gene of monocultural chickens, however, barely demonstrates any antiviral activity. This might be linked to the limited genetic diversity of various artificial chicken breeds. The hypothesis is that the greatly increased genetic diversity of the cosmopolitan chicken can reinforce the antiviral activity of the Mx gene. This hypothesis will be studied in a innovative art/research project in which researchers in molecular virology from Ghent University and Flanders Institute for Biotechnology will collaborate with the artist.

The exhibition will have the character of a comprehensive work of art where the focus is not on individual art objects, but the way the various pieces work together. A cycle will be created in the museum reminiscent of Full Farm, an iconic 1970s ecological art project by the American couple Newton and Helen Mayer Harrison. The large hall and courtyard of the museum will house an actual dromedary. This animal’s manure will – after being pasteurized – serve as raw material for a mushroom farm in the museum. The mushrooms, in turn, will be part of the diet of the eighteenth and most recent generation of the Cosmopolitan Chicken Project: the Mechelse Sulmtaler. The eggs that these chickens produce will also play a role in the exhibition. In a laboratory in the museum, researchers will continually test and evaluate the results of this half-scientific half-artistic study for the duration of the exhibition.

For more information about these events, visit www.hetdomein.nl.

Slaughtering - who chews on tough meat, chews on the fear of animals ... 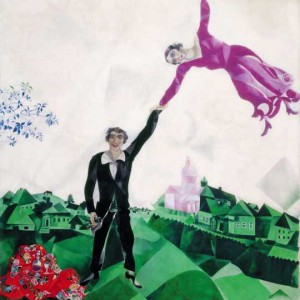 He painted dreams, stories for Alice in wonderland... Watching his paintings is like dipping into a barrel of clours....
Copyright 2014 Ruth Schalk
Back to top