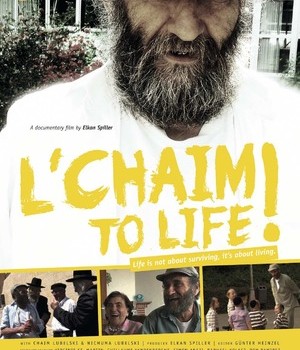 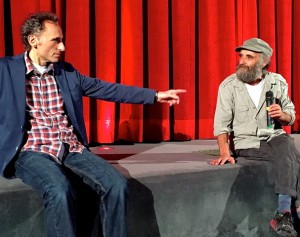 Chaim Lubelski is a Jew of the 2nd generation. He was born in the period after the Shoah, and he has developed his own way to keep up with this “legacy” deal. His cousin, Elkan Spiller, discovered the special charm in it early. He followed him with the camera for more than seven years. This resulted in a very charming documentary, that probably could be shooted that way only by a family member: It actually begins with Chaim’s parents. Both experience the horrors of the concentration camps with full force. They narrowly escaped from death. It accompanied them for a lifetime. Chaim’s father gets a severe tuberculosis, which completely shattered all their plans to emigrate to America, they have to stay in Germany. Especially for Chaim’s mother this was a disaster. Again and again she encounters the horrors, the fear and the pain from the time in the concentration camp. She just can not forget; that also keeps Chaim feeling it again and again, even as a little boy. Early on, he goes out into the world, playing chess in St. Tropez, ekes out an existence on the beach as a Hippie in Israel, and he begins to smoke pot…

Chaim, that is the life that takes the attractive Jew early to claim for himselve. He must get away, the grief and the pain will go, so he took refuge. In the documentation, the viewer witnesses how Chaim found a way back, little by little, as he now learns to grieve and empathize himself, not only the deep sorrow of his parents. The film tells of profound faith and love, freedom and understanding of each other, in a very humorous way. Chaim finally takes care of his beloved mother, very touching. He sees this as his life’s work. Both love to tease each other, joking around, which is virtually the icing on the cake and makes the pain more bearable, a swab of Humor for the soul.

Chaim Lubelski and his cousin Elkan like to tell of their joint project, they’re bond to it. Through the interview you don’t realize that Chaim is already in his seventies. He shows a lot of charisma. 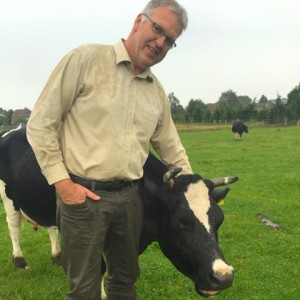 Right in the middle of the little village Lentfoerden, in Schleswig-Holstein near Hamburg, you'll find the farm of Anette...
Copyright 2014 Ruth Schalk
Back to top