Paris, that’s love, the spirit of freedom and europe 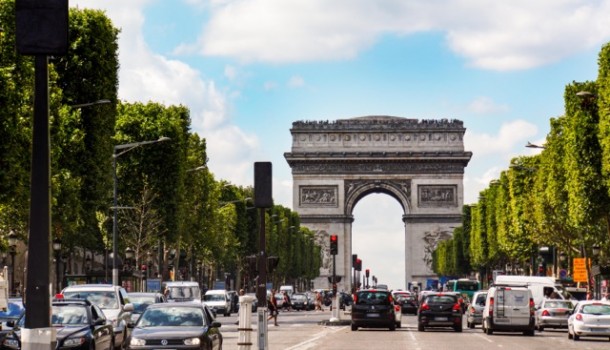 “Our free life is stronger than any terrorism,” says Angela Merkel and she is totally right! Now more so than ever, because with this attack in Paris the terrorists have not only caused terrible suffering, with this wicked and dastardly attack, they have not only wounded France, they have attacked Europe, a whole family of States! Perhaps this will start the impetus for the “family” of Europe to weld together even tighter. For those concerned in the Paris-tragedy this might be someday a tiny good idea, at the moment we would like to embrace you …

“We, your German friends, feel very close to you,” declared the Chancellor, in the wake of the attacks in Paris. This attack on freedom “targets all of us”, she said. And that is why we will all respond together.

“We have just experienced one of the worst nights Europe has seen for a long time,” said Chancellor Angela Merkel following the terrorist attacks in Paris. The people in Paris have gone through a nightmare of violence, terrorism and fear.

In her thoughts, she said, she is with the over 120 people whose lives were abruptly and prematurely ended, and with their families and friends. “Germany shares your pain and your grief.”

Sympathy and solidarity with France

Germany stands shoulder to shoulder with France, assured Angela Merkel. “We will fight by your side against those who have inflicted such inconceivable suffering on you.”This is an attack on liberty targets not only at Paris,” said the Chancellor.

We will defend liberty and democracy

All citizens too, must “give a clear and unequivocal response” stressed Angela Merkel, and that response must be, “Our essential values are humanity, neighbourly love and the joy of fellowship. We believe in the right of every individual to seek happiness and to live their lives, we believe in respect and tolerance. And we know that our free life is stronger than any terrorism.”

Speaking in Vienna, where he is attending talks on Syria, Federal Foreign Minister Frank-Walter Steinmeier also declared himself appalled by the terrorist attacks in Paris. “The dimensions of the horror these attacks represent are simply unimaginable,” he said. In these hours of suffering and despair, we in Germany stand firmly at the side of our French friends, he added.

Currently they meet the 20 most important industrialized and emerging economies, the G20 and discuss the fight against terrorism
Chancellor Angela Merkel has arrived for the G20 summit in Turkey. After the attacks of Paris is the fight against international terrorism one of the main topics of the G20 summit. The leaders of 20 major industrial and emerging countries meet on the deliberations in Antalya, Turkey.
The focus of the summit are the discussions on a common approach against terrorism.
Turkish President Recep Tayyip Erdogan announced that the Summit will send a clear message against terrorism. The attacks in Paris, in Ankara and elsewhere have shown that there is a common threat, as the host of the G20 summit.

G20 includes the G7, China, India, Brazil, Mexico, South Africa, Australia, South Korea, Indonesia, Argentina, Saudi Arabia, Turkey and Russia and the EU. In addition, each host country are invited. This year, it is next to the permanent guest Spain among others Azerbaijan. International organizations like the United Nations, the World Trade Organization or the OECD are also invited. 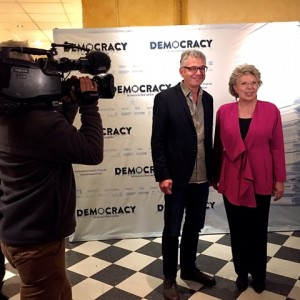 Foto: David Bernet and Viviane Reding In Democracy you can hear "the noise" of the data. The Swiss director David Bernet...
Copyright 2014 Ruth Schalk
Back to top