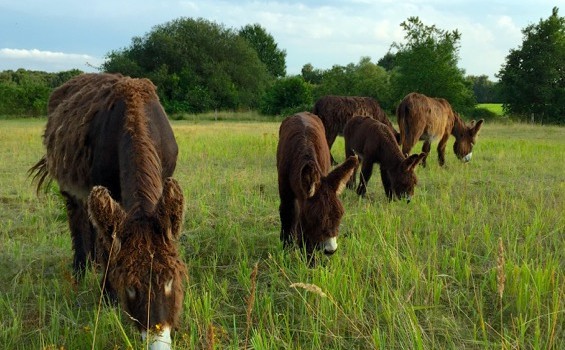 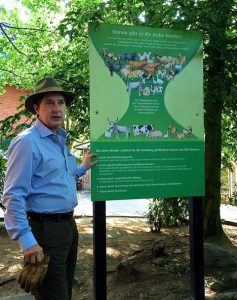 Way up the north of Germany, about 80 kilometers away from Hamburg, you’ll find the EU’s most unique zoological garden, a modern ark on a 40 hectare area. 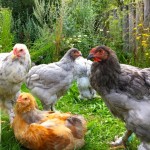 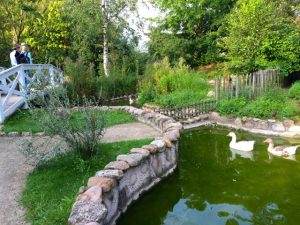 Currently lived in by 86 old farm- and domestic- animal- breeds in danger of extinc- tion. At the ark they protect them through forwarding- or return- breedings, to obtain the race, their genetic material for future genera-tions. This is their target. Their Noah of the 21st century is Professor Dr.Dr. Kai Froelich. 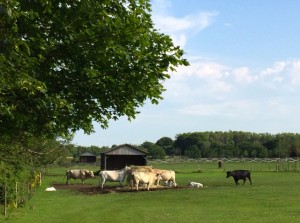 Together with his team he transformed the terrain in recent years into a beautiful landscape. While walking over small bridges and along enchanted paths the visitors will be surprised by certain animals like German Peking ducks, a peafowl family or wart ducks. The latter may be familiar with many rather than Muscovy ducks. They have claws on their feet. So that they can climb up trees in order to set up the nursery for their offspring. They prefer tree hollows for their eggs. Once the chicks have hatched, they plop down into the depths, into the midst of the beautiful world of secluded Warder Ark. Though in 2003 it didn’t look good. The zoo went bankrupt. In 2003 he was raised up again from the ashes. 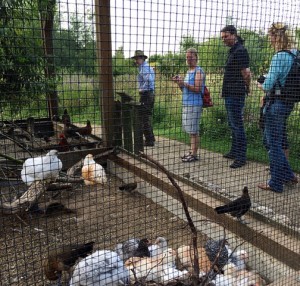 Donations from Greenpeace and other donors helped a lot. They came just right, in order to stem the extensive reconstruction work. Meanwhile, the health greatly ailing livestock could be continuously improved. It has grown into a substantial, sustainable agricultural projectwith about 1,200 rare animals. Some animals advanced to movie stars, as the English Park Cattle. The Ark borrowed them for the film project of “Pope Joan”, so the scenes 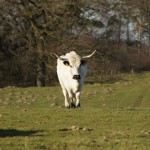 became historically true. On and on they try to improve the situation at the Ark. All diets were replaced with higher quality; Outer surfaces leased to for accommodation of selected animals on external areas in order to avoid overexploitation of parking spaces. The outsourcing of some animals on satellite stations also serve as protection against a possible danger of epidemics. Meanwhile, the Warder Ark provides the standard for the best ‘Lifestyle’ for their animals. An ingenious way for schools to look at how the individual animal breeds live here and what they exactly need to stay healthy. Ducks and geese are water birds, they need smaller or larger waters to feel comfortable. Cattle and pigs need a wallow, earth for digging and a dry place. Then they won’t ever catch the idea, of course, of

nibbling at each others tails. For the preservation of the species and to the continuous improvement of animal welfare, the research is still in the focus of the ark. It’s the Professor passion, looking for new ways to attract the increasing industrialization of agriculture in nature, to find out about fairer paths, while the big farm is running in the foreground of the park operation. 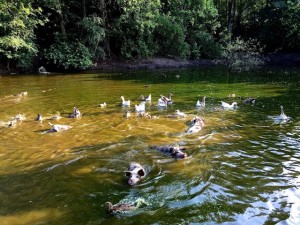 His favorite animals are the rare Turopolje pigs. These ‘artists’ come from swimming the flood areas of the Sava floodplains in Croatia. They are true survivors, swimming when it comes to feed faster than the ducks and bring them better meat on a plate as the hybrid pigs*, which has resulted in an investigation of the professor. Another special feature of the ark are the Poitou donkeys, showing the Post Photo. They are the largest and heaviest donkeys in the world. 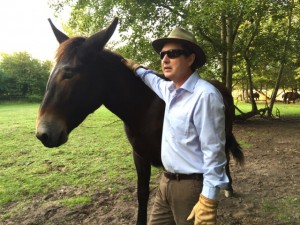 Unfortunately, there are worldwide only about 300 of them left. A considerable population of cuddling honeys live on the Warder Ark. Originally they come from the south of France, from the area around Poitiers. The Poitou donkeys were once bred to cruise with the cold-blooded mares, the Poitevin Mulassier, strong donkey stallions. This then resulted in particularly resistant mules. These strong mules were often used to transport heavy artillery, like for Napoleon.

In the park there is also an excellent restaurant. A New Zealand chef ensures noble delicacy. 2007 the Warder Ark even gets an award for the best park food. Fine tongues have the opportunity to taste delicacies anywhere else hard to get but there, an interesting experience!

The Ark is also a commercial farm of the old races. Interested farmers discuss this normally directly with the professor.

english Link to the ark

*Hybrid varieties are an invention of the food industry to improve the efficiency of the “product”; for the animals it usually means pain, for farmers dependency. They are no races but hybrids artificially generated: pigs get many piglets, much more than normal, which for their uterus usually is not suitable. They also grow much faster than conventional pigs. So a Turopolje pig for example needs about 2 years until it’s fully grown up and ready for the slaughter. In the industry “hybrid pigs” are highly cultivated in 6 months, unfortunately, in most organic associations also. 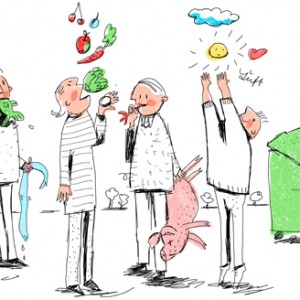 Flexitarians , Freegans , Pescetarians - who eats what? Other types of diets have always existed, such as on Fridays not to eat meat...
Copyright 2014 Ruth Schalk
Back to top