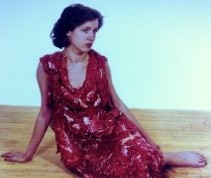 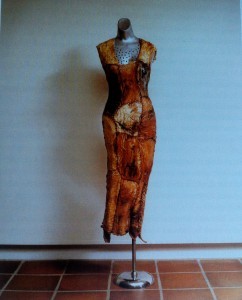 Not only since Lady Gaga’s spectacular performance at the MTV Video Awards 2010 when she was covered from head to toe with raw beef, even earlier “meat dresses” were a subject.

Lady Gaga wanted to provoke, to needle. Following her appearance she sat wrapped in meat, interviewed by the sworn vegan Ellen DeGeneres. DeGeneres was causing significant problems to sit next to Lady Gaga in that outfit. The Diva commented only: “If we do not stand up for what we believe in and if we do not fight for our rights, pretty soon we’re going to have as much rights as the meat on our bones.”

The year before, at the VMAs (Video Music Awards) Gaga herself had inundated with fake blood, which, inter alia, was declared a soft-focus MTV interpretation of Nitsch. The style icon gained more attention in their flesh outfit. But it is the exalted Popdiva who wants more: Gaga wishes to redefine the “woman be” in a new way. By Time Magazine declared as the best style statement, Suspended guiding designer dress was carefully fixed by some taxidermists with chemicals and made for the coming decades or longer fit. Meanwhile, the meat Robe is an exhibit in the “Rock and Roll Hall of Fame” in Cleveland / USA.

In previous Vanitas representations and in the image of the dead dance, the fleshy inside of the body is turned inside out occasionally. These representations hint at widespread in antiquity ideas that have come to accept contrasting of ephemeral beauty and transience including, or use it as a memento mori. Similarities also arise with the aesthetics of Plastinate Gunther von Hagens. On the album All Wrapped Up by The Undertones (Cover), wore a female model mainly from ham and sausages existing clothes. Likewise, the architects Diller Scofidio + Renfro made for a beauty contest a meat dress and propagated it in 2006 in a book about “Architecture as body extension”. In contrast, the administration of food on a (mostly female) body as she found herself in pictures and Meret Oppenheim’s actions and Salvador Dalí already as allusions and images of cannibalism to separate them. (Source wiki)
Cover photo, “The material of art” by Monika Wagner 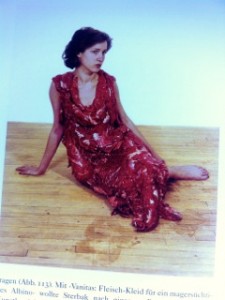 Cover photo, “The material of art” by Monika Wagner

The use of meat as clothing or costume is unusual. In 1987, first performed art action Vanitas: Flesh Dress for Albino Anorectic by Jana Sterbak.  You bear the older ideas literally: the inside is turned to the outside. Here, a young woman appeared with a dress made of beef, which weighed about 50 pounds. Nine of these dresses Jana Sterbak has cut from beef. Draped on mannequins dries the meat and mutated gradually from dark red to gray-beige. It contracts and the fibrous nature emerges clearly. 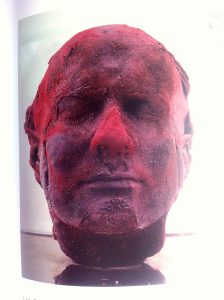 In this preservation process, the cattle appears a second time to die. A time held long, but the transience is foreseeable. It is possible that these works help to put these changes in a critical consciousness.In the nineties, then some artists are added arrived. They like to introduce flesh and blood softcover as epitomes mortal life in their objects. It was the time in which the transience was about; Beust has taken it with fat and felt.Marc Quinn uses blood as a means of expression, a case in a self-experiment. The Briton had over the course of several months, the amount of blood circulating in tapping into a human body. That is about 5 liters of which he then formed a cast of his head, with the help of stabilizers. Unlike normal skin usually covers the head smooth and encloses the mask of blood is fragile and porous how vulnerable …Source: Monika Wagner / Book: The material of the art, another story of modernity 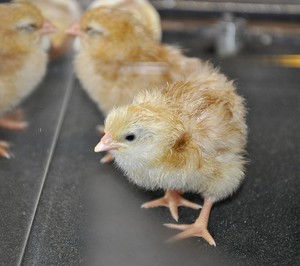 The Photo is made by Havly -Pixelio 260 Millions allover in Europe each year. In several european countries they're...
Copyright 2014 Ruth Schalk
Back to top