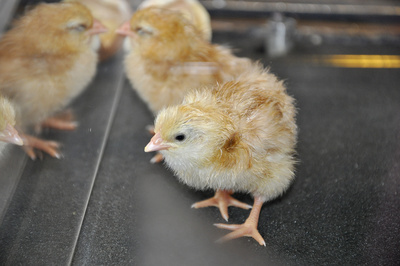 0 Comment
The Photo is made by Havly -Pixelio
260 Millions allover in Europe each year. In several european countries they’re looking for solutions to change this, partly also in Germany. Now the Court turns end of the chicks killing in North Rhine-Westphalia NRW. The Administrative Court Minden has forbidden to forbid the killing of male chicks in NRW by decree. According to court the federal legislature has created no legal basis for such an adoption in the Animal Welfare Act. The German Animal Welfare Association urges federal Agriculture Minister Christian Schmidt, therefore, to respond quickly and to amend the Animal Welfare Act. Just as the killing of approximately 45 million viable male chicks can be finished in Germany.“The court has no doubt that it is right to end the killing chicks. Rather, the federal government has not done their homework. Christian Schmidt can move it by a consistent change in the law now. The Federal Agriculture Minister has repeatedly stressed that he sees no good reason for killing the chicks. Mr. Schmidt, there are no more excuses, “said Thomas Schroeder, President of the German Animal Protection League.
Background chick killing
Ever since the government target animal protection came into force in 2002, the killing of animals for purely economic reasons can no longer be considered “reasonable cause” within the meaning of the Animal Welfare Act. Even the killing of male chicks is thus prohibited the latest uncertain terms since 2002. Since then, the German animal Welfare Association thronging to ban these chicks mass killing and instead switch to alternatives such as the dual-purpose chicken. As day-old chicks, the animals are thrown alive into a kind chopper, where they are killed by rotating blades. It is also permissible to kill with CO2. The animals killed are processed and burned to animal meal. The few in Germany killed with gas animals are sometimes removed from the Zoo as food animals.Source: Pressrelease of the German Animal Protection Bund
All over in Europe
In poultry production, the male chicks of the hybrid chicken (industrial controlled inbreed) are sorted out for economic reasons. The Order of the female by the male chicks after hatching is referred to as sexing. The female chicks from breeding lines for high egg production are raised as laying hens. The male chicks do not lay eggs and that this breeding lines set fewer breast flesh than animals that are optimized for the broiler. Reared is therefore less profitable.I think that should be stopped all over Europe! 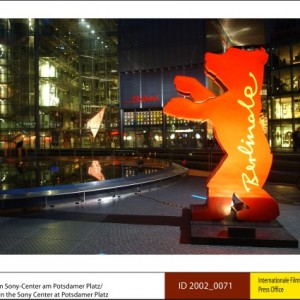 "Happy Bearsday" Berlinale! The red carpet is rolled out, the 65th spectacle can begin. During the next ten days, almost...
Copyright 2014 Ruth Schalk
Back to top