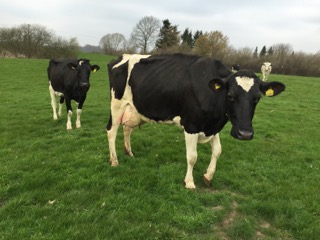 Ex dairy farmers at court
The accused looks a bit like Boris Johnson, the British Foreign Minister, in darkblond. Slightly torn and unshaven, in jeans and plaid shirt, the farmer sits, on the 25th September 2017, before the judge of the court of appeal in Itzehoe. It is about his cow with the ear tag number DE 01 143 91470, this animal is unambiguously assigned to its stock. One of her horns has grown into her brain millimeter for millimeter, because it was not shortened in time. “This black-colored dairy cow has suffered a lot of headaches for years, while she had to withstand the continual, increasing pressure of her horn until her skull burst,” explains the expert Martina Hoedemaker, from the veterinary clinic for cattle in Hanover. “Cows are suffering quietly,” she says, “they are retreating, losing their place in the herd of the herd.” This would make them less well fed and water, which is why they are housed in an extra bay in the stable. But this was probably not happening here.
Alarmed by the strikingly high rate of calf death rate at the dairy and fattening farm, as well as repeated indications of the defendant’s negligent neighbors, the authorities are reacting on 17 September 2013 with an operational inspection. They find a disaster: about half of the 1092 animals of the past were half-starved. Presiding and lame cows, calves on too large column bottoms are trapped in wet, old infiltration. The cow with the ear tag number DE 01 143 91470 is located on the carcass place, next to a heavily emaciated cow with a child’s head and a few dead calves. Christine Bothmann, the assistant professor, tells the judge that she has seen holes in the eyes of the animals. Probably the defendant had rescued her with the gun, he was a huntsman, she says. This is forbidden, but Bothmann does nothing in this regard. It leaves only the animals from the TBA, the animal body removal institute to pick up. The ear tag numbers are marked with the word “VE”, for the dead animal, from the cattle database of the farmer. Subsequent to the inspection, the Authority shall institute a procedure for the Dithmarian peasants. Nothing officially happens. For 15 months, cattle, cows and calves are kept underserved and continue to stand knee-deep in their own excrements, until the raid on 15/16 December 2014. A large range of police, prosecutor’s office, administrative office and official veterans, including Dr. Dr. Bothmann, about 40 investigators, thoroughly searched the plant for two days. The herd has shrunk by 300 cattle and yet the farmer was probably overburdened. Many of the 700 animals on the farm in Süderheistedt are again frighteningly emaciated. Five animals are euthanized immediately, 47 animals are examined and treated, and 51 animals have simply disappeared during the time of the procedure. They are only found as “VNN”, whereabouts remain undetectable, in the hit database of the animal owner. This would happen before, says the responsible official, Dr. Klaus Hartwig from the veterinary office Heide. “In the case of the accused, the VNN rate was relatively high, which is certainly due to fundamental problems with the documentation,” he says. However, this can not be because, as a spokesman for the Federal Ministry of Agriculture and Food, BMEL states that “VNN” in HIT can only be registered by the regional veterinarian in cooperation with the responsible veterinary authority, the farmer himself is not.
Since 26 September 1999, every birth of a cattle, every entry and exit has to be entered into the HIT database within seven days. The cattle database was introduced in the late 1990s in response to bovine (BSE) and foot-and-mouth disease. The animal origin and information system for animals (HIT), which is compulsory to register for the complete traceability of animals, should again make the appetite for beef. The system works like pearls on a string when all of the rules follow.
After the raid, shortly before Christmas 2014, the farmer is banned by the Amt Eider. It must dissolve its existence. By July 2015 the pastures are cleared with the help of the authorities. At the same time more than 30 animals disappear as “VNN”.
Matthias Wolfschmidt, of foodwatch, is not surprised: “Failures to report and reporting errors are plausible because different people’s groups are notifiable (livestock farmers, slaughterhouses, slaughterhouses …) and the correctness of the data depends on the complete functioning of the entire reporting chain.” 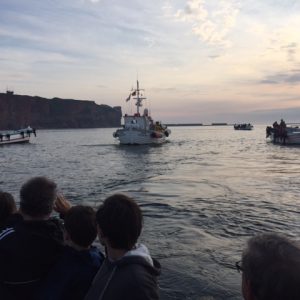 Up North Germany there is a little Island called Helgoland. It's based on rocks, which is the best ocean requirement...
Copyright 2014 Ruth Schalk
Back to top