Peggy Guggenheim – Art addict, a documentary about an amazing woman 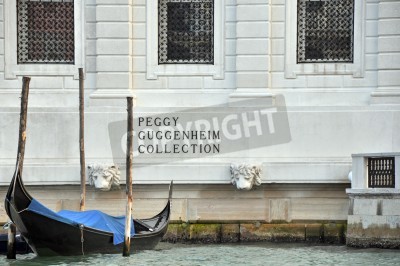 Her start in life in 1898 in New York City was already somewhat glamorous. As the baby of the New York businessman Benjamin Guggenheim, she fell into the lap of one of the wealthiest industrial families of America. Today one connects the name easily with one of the world famous modern art museums, the Guggenheim Museum in NYC. Because it’s build like a corkscrew somehow, Peggy likened it once with a parking garage.

Correctly she was actually named Marguerite Guggenheim. She was stubborn and moults early for the enfant terrible of the family, while she was rather a shy woman. Hardly of age, she takes off into life and tries to correct her nose into better shape, but it failed. Early plastic surgery went wrong. What remained was the typical bulbous nose, she kept it all her life long. Quickly she leaves New York and moves to Paris in 1921, right into the heart of the bohemian life. There she met a lot of artists, writers and exerts himself in the art of seductress. Guggenheim found friends, lovers and companions, such as Marcel Duchamp and Man Ray. In 1922 she married the French painter Laurence Vail. She gets him the two children Sindbad (1923-1986) and Pegeen Vail (1926-1967) but after eight years she divorced. From then on, she has devoted herself full vigor into her greatest love, “art”.

Peggy Guggenheim becoming the most well-known art collector of the 20th century. From Paris, it drives her to London, where she opened the gallery Guggenheim Jeune. Duchamp advised her at the opening of the gallery, 30 Cork Street, London, which started with a Jean Cocteau exhibition on 24th of January 1938. Samuel Beckett, with whom she had a brief affair in December 1937 brings sharpens her taste for contemporary art. Guggenheim bought works by avant-garde, among others Constantin Brancusi, Georges Braque, Marc Chagall, Salvador Dalí, Marcel Duchamp, Wassily Kandinsky, Piet Mondrian, Wolfgang Paalen and Pablo Picasso.

Peggy Guggenheim was in many ways far ahead of her time: an emancipated, independent woman, sophisticated and shy and the mere fact already a personality. The documentary by Lisa Immordino Vreeland portrays her life, a life as an individualist, cultural upheaval of the 20th century. “It’s all about art and love,” she said once and let the world unabashedly and almost naturally peeping into her bedroom …

*Clipdealer Media-ID: A:9309382/ it shows VENICE, ITALY- The Peggy Guggenheim Collection as seen from the Grand Canal in Venice on September 29, 2009. It is one of several museums of the Solomon R. Guggenheim Foundation. 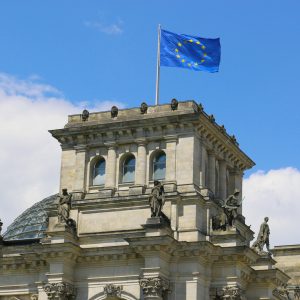 Brussels, 28 April 2016 Water: Commission refers GERMANY to the Court of Justice of the EU over water pollution caused...
Copyright 2014 Ruth Schalk
Back to top