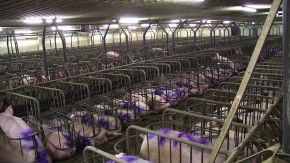 0 Comment
One of the biggest pig factory breeder in Europe, the native Dutch Adrianus Straathof, was stopped by the office of the district attorney. On November 24th, he was taken by the district Jerichower country with a livestock ban for breeding animals. The occasion was a large raid in March 2014. If the case is Straathof final, this could be the turning point in factory farming, that’s what the reporter Holger Witzel reported in its issue of the german stern magazine from 12th/11/2014.

Video Link to the Stern-Magazin

The story of the machinations of Mr. Straathof  is preceded by a long litany, accompanied by recurrent abuse offenses against valid animal welfare legislation. The “swine Baron “, from the Netherlands, is one of the largest pork producers in Europe, with headquarters in Brandenburg Ziesar. There sits the Straathof Holding, Mother of the time over 20 large animal facilities. A few kilometers away is the ” Alt Tellin GmbH” in Gladau at Genthin, Saxony -Anhalt. For years Straathof has trouble with the agricultural supervision and the authorities in the area of its operations. Again and again he is sentenced to penalties at a considerable height, because he violate any applicable requirements- but it didn’t help to stop his manners.

In a secret night – and -dagger operation in March 2014, the authorities were active. Together with the police, the Stendal prosecutors are investigating pig – conditioning Gladau for three days, the stables and the administration buildings. Since 2013 they were at his heels, because the veterinarians of the district Jerichower country have ” for years ” always found significant animal protection law violations, “it says in the media. As was known with serious consequences for one of the biggest factory pig breeders in Europe.

It is also a victory for the animal rights organization Animal Rights Watch, who pointed again and again to the conditions in the facilities of the Lord Straathof with their photos and videos, and the media this Gave to material. 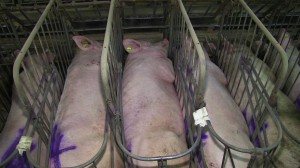 Even though the decision is not final . ” The livestock ban concerns Mr. Straathof personall , but not his companies as legal persons,” reads the competent district. The TV-Station, MDR Saxony Anhalt, was told by a company spokeswoman: “The Administrative Court of Magdeburg had suspended its immediate enforceability pending a decision by the Court. It is therefore not yet final and have at present no effect on the Straathof operations “.

Hermann onco Aeikens, environmental and agricultural minister of Saxony -Anhalt, likes the actions of the authorities in Jerichower land which he also expressed clearly in an interview with the MDR by emphasing how welcome him are farmers who do a good job and respect laws. 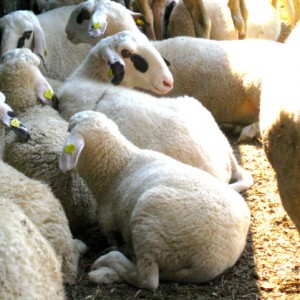