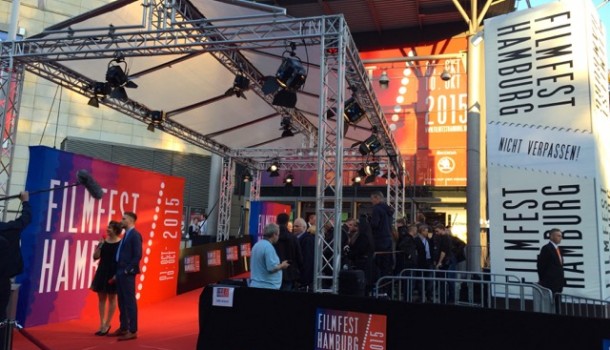 0 Comment
Yesterday evening, starting with a bang from France: Catherine Deneuve! She came to the opening film, the German 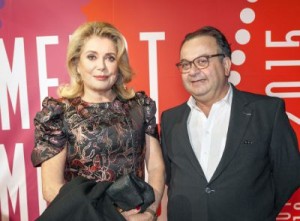 Premiere of Jaco van Dormaels work “The brand new Testament“. A crazy story about God who lives in Brussels and acts as a monster. If he’s in a bad mood it’s raining. When his daughter is fed up from his evil spirits, she hacks into the computer of her father and sent messages with the personal date of death to every person. That leads to the pure chaos, a funny mixed up story. Deneuve plays in a side role. Traditionally, she received the Douglas Sirk Award* before the demonstration. This award is presented in Hamburg since 1995 to honor personalities who wrote film culture through their performance. For about 50 years Deneuve slips into new roles in over 100 movies. After Jodie Foster, Isabelle Huppert and Tilda Swinton, Catherine Deneuve gets the price now as the fourth Lady.
The distinctive actress is still gorgeous even with 71 years. Smiling, she accepted the award and brought the audience and festival director, Albert Walterspiel, into enthusiasm: “Not a star at the French, even European Filmhimmel shines as strong as the star Catherine Deneuve. It radiates not only across countries but also across generations. This was followed by the eulogy of the actor David Bennent (The Tin Drum) with declaration of love and genuflection. 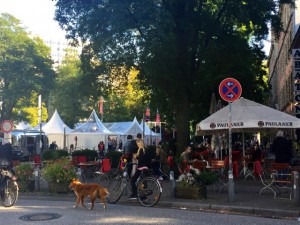 It was very romantic …
Until October 10th, the Hamburg Film Festival shows 172 contributions from 52 countries. 90,000 euros will be awarded. Around 50 000 visitors are expected in the 6 Hamburgian cinemas: CinemaxX Dammtor, Passage, Abaton, Metropolis, Studio Cinema, B-movie on 12 screens and 3 cinemas of the metropolitan area: Uelzen, Harsefeld and Lugwigslust.

* The award is named after the Hamburgian director Hans Detlef Sierck (1897-1987), who made a big career as Douglas Sirk in Hollywood. 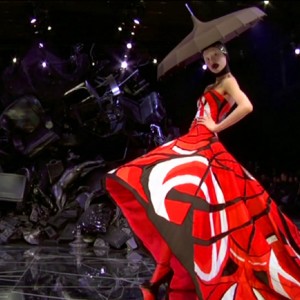