The Court of Justice of the EU (CJEU) has scheduled a hearing for the 12 May on legal action brought against the import of the genetically engineered Monsanto soybeans (T-77/13). MON87701 x MON89788 soybeans were authorised in the EU for use in food and feed. They are grown predominantly in Brazil and sold under the brand name Intacta. These plants have a unique combination of two genetically engineered traits: They express a so-called insecticidal Bt toxin and are resistant to the herbicide glyphosate, commonly known under trade names such as Roundup.

According to the complainants, the European Food Safety Authority (EFSA) has failed to carry out the legally required risk assessments for these genetically engineered soybeans: Amongst others, the combinatorial effects between the residues from spraying with glyphosate and the insecticide were not investigated. Further, there are indications that these soybeans pose risks to the immune system. Therefore, the EU Commission should not have given permission for the marketing of derived products.

Testbiotech, the European Network of Scientists for Social and Environmental Responsibility (ENSSER) and the German non-profit organisation Sambucus, collectively filed the legal action against the EU Commission in 2013. It is the first time that the CJEU will hold a hearing on legal action filed by non-profit organisations against the import of genetically engineered plants. The European Food Safety Authority EFSA, the UK government and Monsanto are all jointly supporting the EU Commission on its side of the argument. 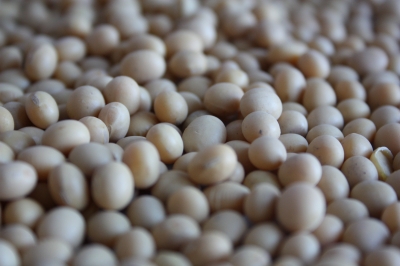 “Recently published information does indeed show that toxicity is enhanced if glyphosate and Bt toxins are applied in combination. This provides evidence that these interactions need to be investigated”, Christoph Then says for Testbiotech, “Regardless of the outcome of the legal action, we need substantial changes in the current EU authorisation process. Current EU standards for risk assessment mostly serve the needs of industry, and do not comply with the legal requirements for the protection of human health and the environment.”

The hearing will take place against a background of further controversies such as the future usage of glyphosate in the EU, which have been ongoing for months. Just recently, the EU Commission unexpectedly and for the first time, requested EFSA to assess residues from spraying with glyphosate in imports of animal feed. This request could be a decisive step in the right direction: It is well known that imports of genetically engineered soybeans contain residues from spraying with glyphosate formulations such as Roundup that can be much more toxic than glyphosate in its isolated form. These mixtures are sprayed onto soybean crops in Argentina, Brazil and the US, which are then imported into the EU. However, the residues have never undergone assessment by the EU authorities. Testbiotech has repeatedly complained about this major loophole in the EU risk assessment process.

There are also heated discussions about further authorisations for genetically engineered soybeans produced by Bayer and Monsanto, which can be sprayed with more than one herbicide. Despite massive pressure from industry, so far the EU Commission has refused to allow these products to be used in food and feed. Testbiotech is calling for these authorisations to be stopped because the health risks from the residues left behind when the crops are sprayed with a combination of these herbicides have never been investigated.

Recent publication on the combinatorial effects of glyphosate and Bt toxins 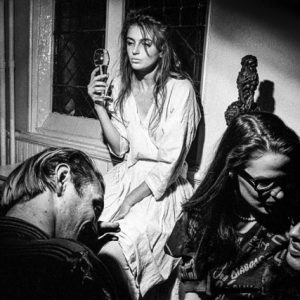 and it does the job..." A quote from the British photojournalist Don McCullin. The Deichtorhallen in Hamburg open...
Copyright 2014 Ruth Schalk
Back to top