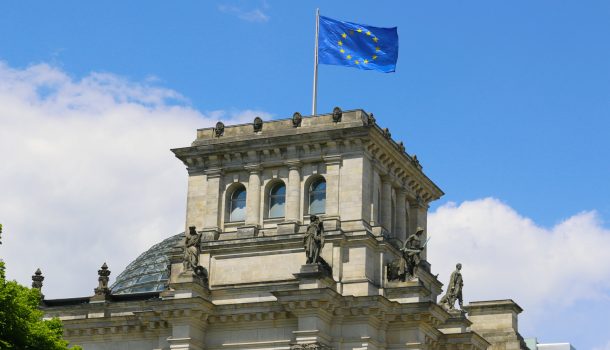 Water: Commission refers GERMANY to the Court of Justice of the EU over water pollution caused by nitrates

The European Commission is referring Germany to the Court of Justice of the EU for failing to take stronger measures to combat water pollution caused by nitrates. Nitrates are essential for plants to grow and they are widely used as fertilisers. However, excess levels cause severe water pollution, with consequences for people’s health, the economy and the environment. Today’s decision follows a reasoned opinion sent to the German authorities in July 2014.

The latest figures submitted by Germany in 2012 and several recent reports from the German authorities show worsening nitrate pollution in groundwater and surface waters, including the Baltic Sea. Despite these trends, Germany has not taken sufficient additional measures to effectively address nitrates pollution and revise its relevant legislation to comply with the EU rules on nitrates (Council Directive 91/676/EEC). Since the Commission considers that the water pollution by nitrates is also not sufficiently addressed in the framework of the ongoing revision of the national action programme, it has decided to refer Germany to the Court of Justice of the EU.

The Nitrates Directive (Council Directive 91/676/EEC of 12 December 1991) aims to protect water quality across Europe by preventing nitrates from agricultural sources, polluting ground and surface waters, and by promoting the use of good farming practices. It requires Member States to monitor their waters and identify those affected by pollution as well as set up appropriate action programmes aiming at preventing and reducing such pollution. This Directive forms an integral part of the Water Framework Directive (Directive 2000/60/EC) and is one of the key instruments in the protection of waters against agricultural pressures.

Excess levels of nitrates can damage freshwaters and the marine environment by promoting the growth of algae which chokes other life. This process, known as eutrophication, entails a serious deterioration of water quality and loss of biodiversity. The Presence of nitrates in drinking waters above 50 mg/l can have considerable health impacts on populations, especially on pregnant women and babies. Purifying excess nitrates from drinking water is also a very costly process, mainly supported by households and public authorities.

The chairman of the organic federation Federation of the Organic Food Industry (BÖLW), Felix Prinz zu Loewenstein commented:
“The federal government denied the protection of water and takes massive environmental damage condone. The bill paying citizens of expensive drinking water that must be treated in the consuming polluted regions. Agriculture Minister Schmidt must ensure that nutrient surpluses from fertilization are effectively limited. The causes of water pollution are based in too many animals which are kept on to small areas of slurry imports from the neighboring countries and too much fertilizer.“

– On the April 2016 infringements package key decisions, please refer to the full MEMO/16/1452.
– General information on infringements proceedings in the area of Environment.

– Information on the infringement procedures. 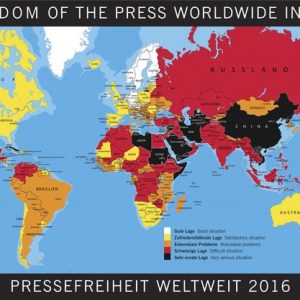 The post photo's of Reporters Without Borders. The Berlin-based and international non-governmental organization lobbies...
Copyright 2014 Ruth Schalk
Back to top