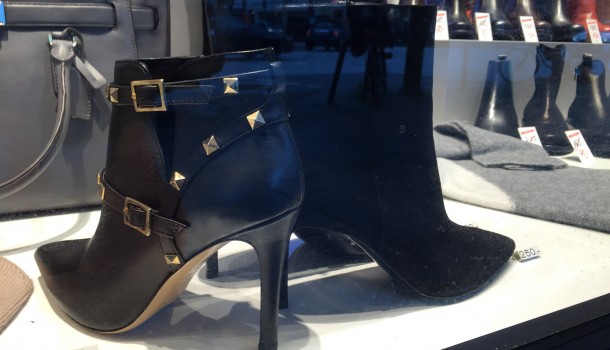 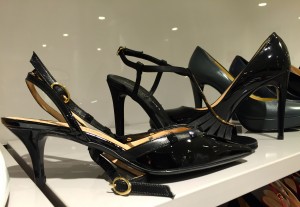 If it’s help a woman needs, maybe she should wear high heels. That’s the message from Nicolas Guéguen of the Université de Bretagne-Sud in France, after he observed how helpful men are towards women in high heels versus those wearing flat, sensible shoes. The study, published in Springer’s journal Archives of Sexual Behavior, is the first ever to investigate how the height of a woman’s shoe heel influences how men behave towards her.

Research across various cultures has shown at length how important physical features, such as body size and the style and color of a woman’s clothing, influence a man’s behavior towards and judgment of a woman. Even though a link between high-heeled shoes and sexiness is implied by the many models wearing such shoes in magazines and adult films, only one previous study has tested the effect of women’s shoe heels on men’s judgment.

Guéguen therefore set out to conduct field experiments to test the influence of different shoe styles on men’s helping behavior. He watched what happened when a woman in flat shoes asked people to complete a survey, and whether or not they complied more readily when she was wearing high heels. He also tested whether or not people’s spontaneous urge to help changed when the same woman – again wearing shoes with different heel sizes – dropped a glove. The findings show that men’s helpfulness increased along with the height of the heels a woman was wearing. However, heel height had no influence on other women’s willingness to help.

In the final experiment, Guéguen found that men in a bar were quicker to start chatting with a woman wearing heels than when she was wearing flat shoes.

“Women’s shoe heel size exerts a powerful effect on men’s behavior,” summarizes Guéguen, who argues that the results of these studies once again reveal how men focus on women’s physical attributes when judging and interacting with members of the opposite sex.

He believes that more research must be done to examine whether this effect depends on a woman’s shoe heel size and on any change of gait due to wearing high heels. He speculates that, because sexy female models often wear such shoes in the media, men have started to associate the wearers of high-heeled shoes with those having sexual intent.
Reference: Guéguen, N. (2014). High Heels Increase Women’s Attractiveness. Archives of Sexual Behavior. DOI 10.1007/s10508-014-0422-z For the first time in Europe the dreaded bird flu virus H5N8 popped up in early November 2014. It has been...
Copyright 2014 Ruth Schalk
Back to top