It is Wednesday, the 7th january 2015, when the Parisian satirical magazine “Charlie Hebdo” was attacked by islamian terrorists. Two armed men with Kalashnikovs fired at the journalists in the newsroom. Twelve colleagues died in this attack. More people are injured, some seriously. It is an attack on freedom of the press, an attack on democracy and liberty. It’s sad and concerned!

With his criticism of Islam and the cartoons of the Prophet Mohammed, the journal has become known worldwide. In the latest edition of “Charlie Hebdo” they look at the new book “submission” by the French author Michel Houellebecq, which was just published. It’s an amazing perfect reflection of the spirit of time. The author described the Islamization of France under a Muslim president. That is just very controversial discussed in France.

The journalists of Charlie Hebdo never took a mince words, on the contrary, freedom of expression is extremely important to you, especially Stephane 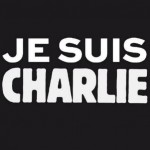 Charbonnier chief editor  called ‘ Charb ‘: ” Criticism of Islam must be so banal as criticism of Jews or Catholics ,” Charbonnier said. He was a very fearless journalist and quite used to assaults. Back in November 2011 there was an attack already at the magazins editorial offices at Boulevard Davout.

On Friday, the two alleged bombers were shot by the Parisian police, kind of a dramatic event.
Early Saturday morning, the police released a video that shows the police action yesterday in Dammartin -en- Goële

On Sunday a funeral march in Paris is planned. The Parisian authorities are preparing for a large contingent of protesters.

It’s nice that the ” Charlie Hebdo ” -journalists not be discouraged by the cowardly act and its sad consequences. Continue to work at a friend’s editorial in the ” Libération ” -editorial offices. Already on Wednesday comes out the next issue of the magazine, with one million copies; normally the printed edition is 60 000. 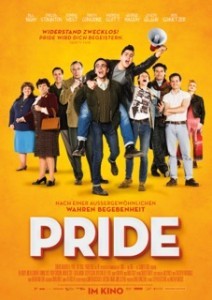 It is the summer 30 years ago. The Iron Lady, Maggi Thatcher, swinging her strict scepter over the British*. England...
Copyright 2014 Ruth Schalk
Back to top