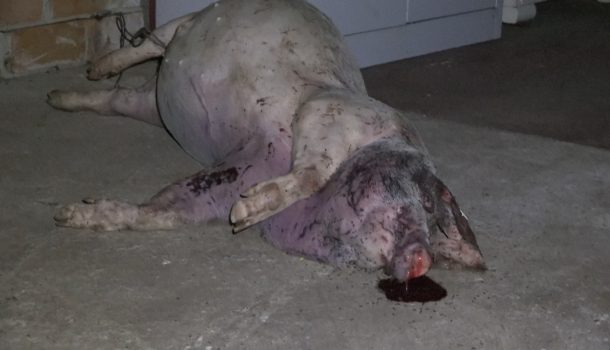 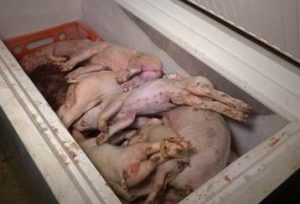 death piglets on the farm of Josef Rief / © PETA

The animal rights organization PETA is currently presenting picture material from pig breeding and pig fattening companies made by ARIWA (german animal protection organisation) of three CDU-Bundestag representatives. The video recordings show considerable breaches against the animal welfare law: numerous animals contaminated with faeces, wounded animals, pigs with bloody tails, paralysis and other symptoms. There are sows in the so-called cages, which can hardly move. In addition, the investigators found a chilling room full of dead animals.
PETA has now filed a complaint against the animal owners and agrarian-lobbyists Johannes Röring, Franz-Josef Holzenkamp and Josef Rief. “When animal owners go into politics to make laws for themselves, no one needs to wonder about such images,” said Dr. Edmund Haferbeck, head of the science and law department at PETA. “This obvious conflict of interests is at the expense of the animals.” All three are members of the Nutrition and Nutrition Committee Agriculture of the German Bundestag, which also advises on animal rights legislation. The self-interest of the deputies as entrepreneurs is concerned here with the tasks and duties of their political office, an office for the common good. The functionaries were always critically opposed to stricter animal welfare regulations. As a co-founder of the “Initiative Animal Rights”, Röring is even one of the main lobbyists for non-binding regulations in animal husbandry.

Sick, injured and dead animals in stables of farmers’ functionaries

Johannes Röring is a swine keeper and president of the Westphalian-Lippische Agriculture Association and as well chairman of the expert committee on pork in the German farmers’ association. The latest pictures of PETA confirm recordings from 2015 from the 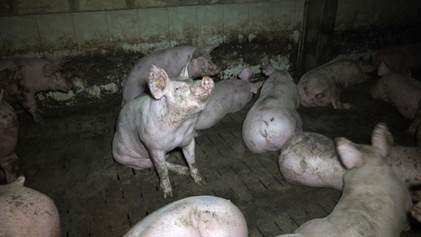 Life in the dirt at a plant of Johannes Röring: A pig is stuck in “dog position” – a possible sign bad stable climate © PETA 2016-08-08-Roering-pig-breeding-Vreden-Still

stables of the CDU politician, which were recently published. Animals that can hardly run and stay in so-called dog position (which can be a sign of a bad stable climate, for example). Animals with high level eye infections, as well as injured and scratched animals. The pigs keep their existence on fecal-stained concrete slabs. In an alley, the investigators also found a dead pig, which was simply left lying there.

Similar grievances prevail in a farm in Garthe, owned by Franz-Josef Holzenkamp: dead animals in the corridors, wounded pigs on concrete slabs. Holzenkamp is a

member of the Agricultural Committee of the Bundestag and of the QS-testsystem, which is to ensure the quality of livestock and food. He himself asserts that high animal protection standards are in the interest of the industry.

Josef Rief is also active as a pig owner, his breeding is in Kirchberg at the River Iller, in Baden-Württemberg. In the past, he worked for example in the farmers’ association in Biberach. Rief is a deputy member of the Committee on Food and Agriculture. Rief argues against stricter rules for animal owners. The recordings of PETA also show why: some of its pigs are covered with sores, some animals are panting and the cool box for carcasses is well filled. PETA has filed a criminal complaint against all three companies at the competent public prosecutors in Münster, Oldenburg and Ravensburg.

Each Bundestag deputy receives monthly a fixed amount from the taxpayer, the so-called deputies’ compensation. In the autumn of 2016, this amounted to EUR 9,327.21 and is intended to secure its “independence” according to the Basic Law. However, due to the activity as a federal deputy, no farmer has to give up his business. The parliamentarians have a right to ancillary income, which, however, must be indicated. According to information from abgeordnetenwatch.de, in the period from 2013 to 2016, only farmers were in the top 3 of the best secondary earners, including two livestock farmers. Röring came in second place with incomes between 1.2 and 1.4 million euros. For Rief, it still ranked 15th (between 255,000 and 470,000 euros); Holzenkamp finished 25th place (between 190.500 and 436.500 euros).

Part of this income was EU subsidies financed directly from taxpayers’ money. According to the Federal Ministry of Agriculture and Food, Röring Agrarwirtschaft GbR alone received more than 32,000 euros in subsidies in 2015, including almost 30,000 euros direct payments from the European Agricultural Guarantee Fund (EAGF). It is intended to “make an important contribution to the income support and risk management of farms” and “serve as a financial compensation for the far higher environmental, animal and consumer protection standards”. In 2014 Johannes Röring received direct payments of over 22,600 euros. Josef Rief also received more than € 15,000 in EU subsidies in 2015, including € 12,000 of EAGF direct payments.

The social debate about the conditions in the so-called livestock breeding grounds is always new. Injured animals, pigs and turkeys, who are no longer able to walk or barely walk, Tons full of dead animals – with a frightening regularity these pictures from German plants shake the consumers. The industry and lobby representatives, however, like to speak of individual cases, few exceptions or a non-representative picture.

Now the new PETA research proves that even agrarian amateurs, who are Bundestag deputies of the CDU / CSU, belong to such “individual cases”.

This story, touched by Animal Rights Watch, will be a medial turnaround for the politicians, links: Panorama and SZ 22.9.16, Spiegel, the Swabian, the Tagesschau … 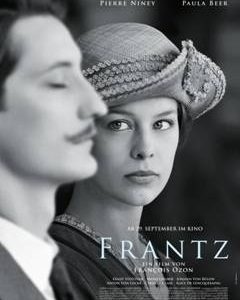 It is the time shortly after the First World War. The young Frenchman Adrien (Pierre Niney), comes to visit a small...
Copyright 2014 Ruth Schalk
Back to top