“Frankenstein”- the burger from the Petri dish 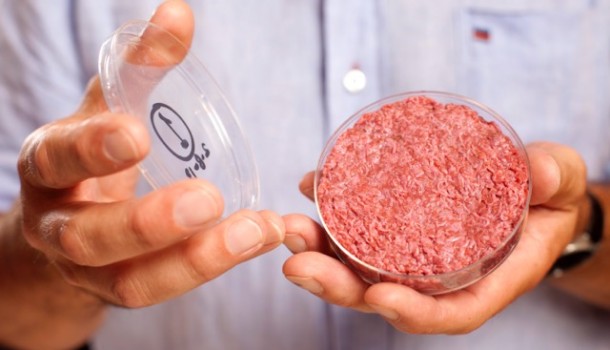 2 Comments
” Frankenstein ” , the scientists call it been jokingly , but it will not stop there . The laboratory – burger is still in development; 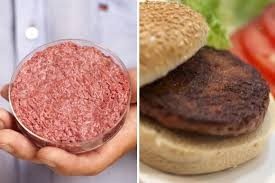 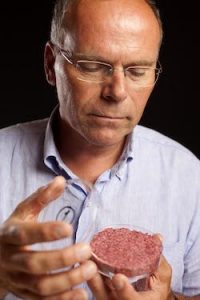 Professor Mark Post , head of physiology and Deputy Director of Biomedical Technology, University of Maastricht, conducted research with his team for an alternative meat. For this purpose, he took a bovine tissue samples from the shoulder. For this he separated single muscle muscle cells and bred them in the Petri dish new cells separately to . From one of these cells he could cultivate new cells with his team to 1 trillion . In the Petri dish combined to 0.3 mm long muscle fibers. But they were very rigid and could be combined bad. Draped around a piece of gel formed from Donut – similar , small , sleek new muscle strands woven into a fabric . In three months, so was a real alternative to a real burger. A revolutionary discovery, since 2050 we need about twice as much meat as today , if nothing changes Applicable . Post a professor and his team are convinced of the lasting effect of their product. “It is environmentally friendly and it clearly stems from cattle , my children, I would give it naturally without hesitation , ” he says. ” It is ethically and morally a really good alternative to animal products. ” In the long term , he plans to manufacture this chopped meat in such quantities that in about 20 years of art burger next to the burger from the bark on the shelf is . Presumably, then even cheaper . Currently costs the art meatball still € 250,000 each. In 10 years post estimates only $ 70 per kilo.

In August 2013, these meat alternative was the – the burger from the Petri dish in London presented 200 members of the press . Saffron and red beets , the researchers inserted the muscle fibers added for better color and a slightly better taste . The consistency should be like meat, the taste would , however, still be used . The ingredients are not yet clear. Whether it contains iron, protein and other essential substances , researchers have yet to find out. Gourmets come here not at their expense , on the palate appeal must be filed even werden.Für diets is the burger great, it does not contain a fat cell . ” Long term, we can also produce artificially chicken, lamb, pork and fish , ” says Professor Post. “This is all possible when there is muscle . The largest Herusforderung are naturally resistant pieces of meat , we steaks, but it would also be feasible. The conventional agriculture, cattle ranchers and farmers but it will always be . “


[…] the supermarkets of the future breed vegetables in their shelves, meat from the Petri Dish, Link: Mark Post, and Link: Meat the Future, because this “future music” is not so far away. At least it […] 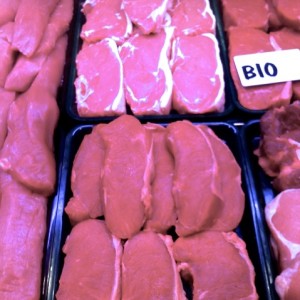