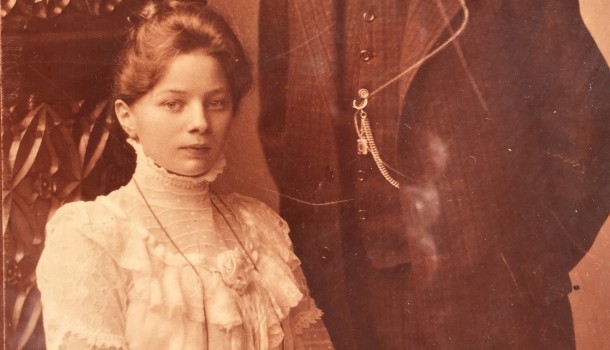 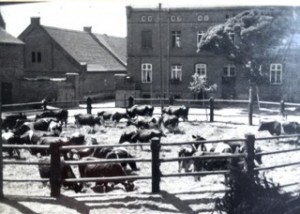 Cow Circle behind the Farmhouse

My grandfather owned an estate in Saxony – Anhalt, in a small village called Ihlewitz. It is beautifully situated between Gerbstedt and Friedeburg in the Saale-valley. Rigth across the river Saale you can find Bernburg. A small ferry crosses the Saale there. In Friedeburg is a castle with a tower in which the poet Klopstock sealed. It is covered in Virginia, red ivy and quite romantic. From there you have a wide view of the Saale valley.

Since Ihlewitz was one of the slightly larger estates it was expropriated in 1945 during the land reform. After 1989, I tried to get it back, only the areas that were under the administrative authority of the StateTrust. For this I had, for example, the soil dug overnight and put my farming skills to the test-liches. I made the ‘cat’ plowed, a nice little straight beat, great for beginners. As proud as old MacDonald, I sat on the old green Fendt of my tenant and went quite well the ways, one after the other. On the fence to the side sat the villagers and were amazed, and I have been amazed aslo. What a country, what an Earth: rich, fat, black, beautiful beading floor- just fantastic…
My mother and her siblings grew up there, among rolling hills with peach trees surrounded by cherry tree avenues. My grandfather was very modern. Even then, the hay was transported by a conveyor belt to the hayloft. The manor house was equipped with modern bathrooms and my grandmother always had a lot to do. It was constantly visit and it was to be celebrated. My cookbook is true in our family as a treasure. A few ‘Recipe Jewels’ I put here by and by. It is written in Sütterlin; so it can take a bit until I have deciphered it. 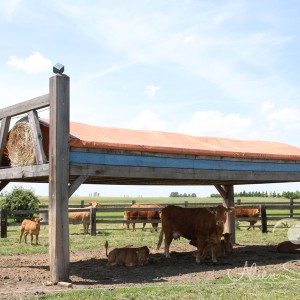 Right in the middle of Germany invites a lawn marvel: there are cows beside or beneath their bed and horses frolicking around...
Copyright 2014 Ruth Schalk
Back to top