“Let’s not take the World for granted…” he said, accepting the oscar 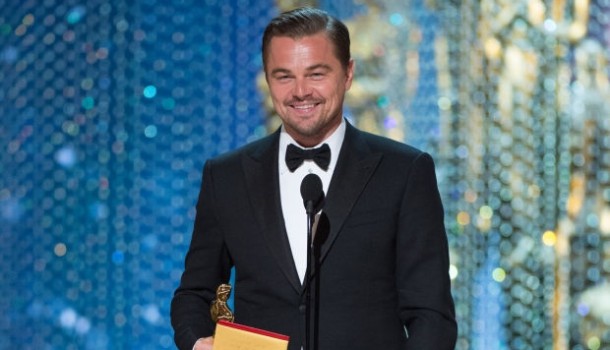 Being shoved by the racism debate the 88th ceremony of the Academy Awards happened in the Dolby Theatre in Los Angeles. So often it has been awarded, the coveted “Golden Boy”, but rarely to black competitors. After Hattie McDaniel in 1940 for the best supporting role in “Gone with the Wind”, and Sidney Poitier in 1964 for the best leading role in “lilies of the field” there was a big break until 1990, when Denzel Washington get’s honored for “Glory”. Black artists are skipped, it seems. 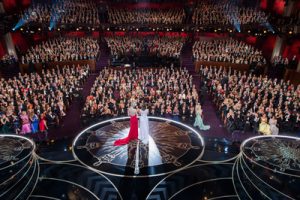 There is talk of discrimination. Host Chris Rock welcomes the guests with: “Welcome to the White People’s Choice Arwards!” , and even more clearly little later: “Yes, damn it, Hollywood is racist“. What a start!
The selection of winners meets since 1929, the Academy of Motion Picture Arts and Sciences, an association of actors, directors and other filmmakers. Best Film, Best Director, Best Actor, Best Actress and Best Screenplay, that’s what’s first, this Big Five! Five times was Leonardo DiCaprio verge and now it worked – DiCaprio got the Oscar for best leading role in “The Revenant”. 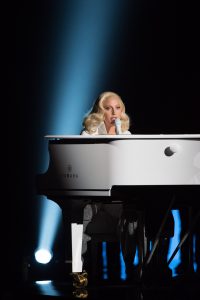 His acceptance speech was about the climate and the nature: “Making The Revenant was about man’s relationship to the natural world. A world that we collectively felt in 2015 as the hottest year in recorded history. Our production needed to move to the southern tip of this planet just be able to find snow. Climate change is real! It is happening right now. It is the most urgent threat facing our entire species and we need to work collectively together and stop procrastinating. 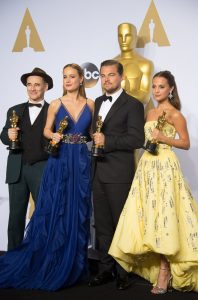 We need to support Leaders around the world who do not speak for the big polluters but who speak for all of humanity. Let’s not tolerate all this world as something for granted, for me this evening is also nothing as a matter of course.” Link: Leonardo DiCaprio’s Speech

It’s a great question and it’s worth listen to it. Then Lady Gaga plays and sings against the abuse of children and adolescents. In “Spotlight” reporter of Boston Globe followed on the pedophile machinations of the American church. The film tells of the harrowing Enlightenment scandal in 2001. It became one of the “strong men”, one of the oscars, for the best picture. For the best film music in Tarantino’s “The Hateful 8” Italian veteran Ennio Morricone collected an Oscar.

It was probably one of the most memorable Oscar nights ever celebrated in Hollywood. Adorned as ever of glitz and glamor but also with a touch of the future provided, further improvement of human rights, a common struggle against injustice and climate change, moderated with black Esprit by actor and comedian Chris Rock. 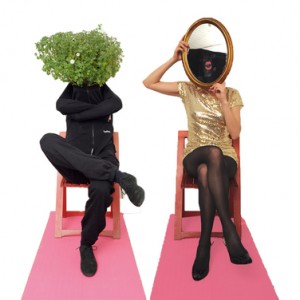 Dadaism- obliquely possible beautiful, so it began at times, more an one type attitude as an art direction. The 'wild Club...
Copyright 2014 Ruth Schalk
Back to top