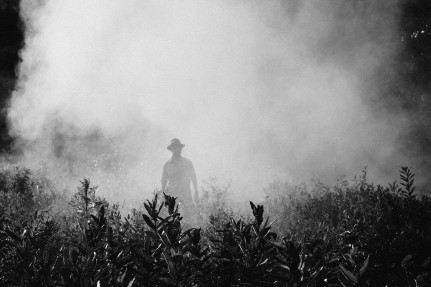 1)Glyphosate was synthesized for the first time in the 1950s, and was patented by Monsanto, who began to market it under its Roundup label in 1974. When the Monsanto patent expired, many other corporations started to produce glyphosate-based herbicides. Fourteen companies in Europe currently produce glyphosate for a range of dozens of products (source: A. Sparmann, Die Zeit).

2) One of the reasons for glyphosate’s commercial success is its alleged low toxicity for humans and animals. In actual fact, even before IARC, the International Agency for Research on Cancer, expressed its opinion, classifying the product as ‘probably carcinogenic,’ many independent studies had demonstrated the harm it caused to human and animal health: neurotoxicity, DNA damage, disorders of the endocrine system and so on. Neither Roundup nor other glyphosate-based herbicides have been tested for long enough to prove their safety for health. (Source: J. Fagan, M. Antoniou and C. Robinson, GMO Myths and Truths, second edition 2014, pp. 204-228)

3) Not only scientific studies but also other projects have recently sought to expose the toxicity of glyphosate. In his The Human Cost of Agrotoxins survey, for example, photojournalist Pablo Piovano shows how rural communities in Argentina are paying dearly for the use of the potent herbicide on GM soybean fields. In 2012 alone it is alleged that 370 million liters of agrotoxins were sprayed on fields over 60% of land cultivated across the country. Also in Argentina, since 1996, the year in which GM soybeans began to be cultivated and glyphosate marketed, infantile tumors have been on the up, as have serious malformations in newborn babies. (Source: ‘The Human Cost of Agrotoxins,’ on burnmagazine.com)

4) Today Monsanto is world-famous for producing Roundup herbicide and the GM seeds that are resistant to it. Historically, Monsanto’s name is also associated with other products such as: polychlorobiphenyls (PCBs), whose production was banned in some countries in the 1970s (in Japan in 1972, in the USA in 1977 and in Italy, later, in 1983) on account of their proven toxicity; agent orange, used from 1961 to 1971 as a defoliant and sprayed extensively across South Vietnam during the war; dioxin; DDT; and others still. Why should we trust Monsanto? (Sources: M. M. Robin, The World According to Monsanto, 2009; M. DeNicola, ‘Monsanto’s Dirty Dozen: The 12 Most Awful Products Made by Monsanto,’ on collective-evolution.com, 2014)

5) Though producers argue that, insofar as they involve the use of lower quantities of pesticides, GM products are sustainable from the environmental point of view, data gathered in the United States demonstrate that the use of glyphosate is growing apace with the cultivation of the GM plants designed to be resistant to it. In 2000, 4.4 million pounds were applied in American fields; in 2005, 23 million; in 2010, 57 million. (Source: Glyphosate – A Beyond Pesticides Factsheet)

6) Since 1974, more than 1.6 billion kilos of glyphosate was applied in the United States, 19% of the 8.6 billion kilos applied globally. Worldwide, the use of glyphosate has increased more than fifteenfold since specially designed glyphosate-resistant GM seeds were launched on the market in 1996. Two thirds of the total volume of glyphosate applied in fields in the USA from 1974 to 2014 were applied in the last ten years of the period. In 2014 US farmers used about a kilo per hectare of land, whereas at world level 0.53 kilos were used per hectare. (Source: C. M. Benbrook, ‘Trends in glyphosate herbicide use in the United States and globally,’ on Environmental Science Europe)

7) In 2012, 718,600 tons of glyphosate were sold worldwide. That year the global glyphosate market was worth 5.4 billion dollars and, growing at an annual rate of 7.2%, is likely to be worth 8.8 billion dollars by 2019. (Source: ‘Glyphosate Market for Genetically Modified and Conventional Crops – Global Industry Analysis, Size, Share, Growth, Trends and Forecast 2013–2019,’ on Transparency Market Research)

8) Beware: the beer you drink could contain traces of glyphosate. This at least is the warning of the Institute for the Environment in Munich, which has conducted a survey on 14 German beers, recording levels that oscillate between 0.46 and 29.74 micrograms per liter, in some cases as many as 300 times higher than 0.1 micrograms, the legal limit for drinking water. (Source: ‘Birre tedesche, allarme diserbante glifosato in Beck’s, Paulaner e altri marchi,’ on Il Fatto Quotidiano)

9) Soybean and GM corn fields. Glyphosate is used not only to spray transgenic crops but also in conventional agriculture. It is used in home gardens and orchards too, and Monsanto, for example, has devised a full line of products, Roundup Garden, for the needs of this particular target. The range on offer is vast and promises to meet every need, but for home gardens we suggest you turn to cleaner, more natural remedies. Link: Check out our 10 Homemade Remedies for Your Vegetable Garden

10) In a few days’ time, the Standing Committee on Plants, Animals, Food and Feed (PAFF Committee) will express its opinion, either declaring glyphosate harmless, thereby validating the position of BFR (German Federal Institute of Risk Assessment) and EFSA (European Food Safety Authority), or dangerous, thereby agreeing with IARC and denying authorization to commercialize the substance. Let’s make our voice heard. Let’s say NO to glyphosate. 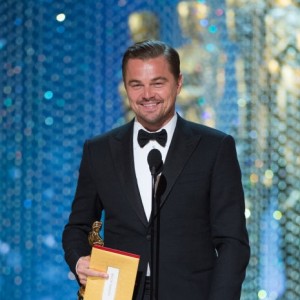 Being shoved by the racism debate the 88th ceremony of the Academy Awards happened in the Dolby Theatre in Los Angeles....
Copyright 2014 Ruth Schalk
Back to top