A movie that blows your socks off – TRACERS 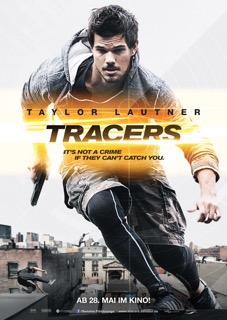 so rapidly and fearlessly swept Cam (Taylor Lautner) as a bike messenger by the streets of New York until he stumbles over Nikki (Marie Avgeropoulos) who accidentally shred him in the collision and dammaged his bike. Cam is in a fix. He needs the job, he needs the money. Somehow he’s on the straight and narrow. Now he owes the wrong people a lot of money.

Sets him uncomfortably under pressure, but somehow he has the rates always “gone along” with his courier job.

The crash with Nikki changes everything. The seductive stranger takes him into her world of Parkour Runner and crooks. Cam is fascinated by her, Nikki overcomes all walls, lithe as a cat. Parkour, it looks so light

and yet damm difficult. All scenes are incidentally set by the actors themselves

The plot is not particularly deep, nor refined. What makes the film really insane are the jumps and the action scenes. You will want to jump in and get involved in the film. The film simply awakens joy and a very special hunger for more. 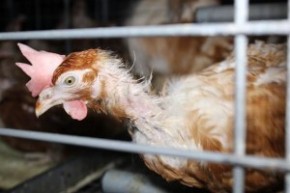