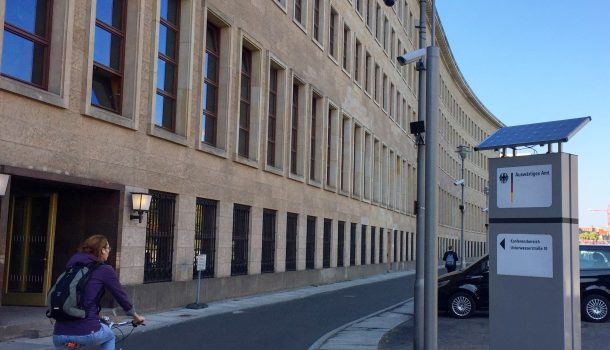 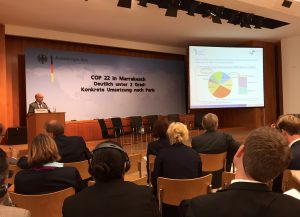 The proverbial “historic success” of the COP 21 (Conference of Parties) offered an occasion for joy with Prof. Dr. Gernot Klepper: “At last, we find scientists hearing,” said the head of research for “Environmental and Resource Economics” at the Institute for World Economics at the University of Kiel. But the Paris Convention will only show sustainability, if it is the required transformation in transition. To do state and non state actors to implement concrete now.

For individual countries, this means that they must not only implement the national contributions (NDC, Nationally Determined Contributions) but also constant over time. Nevertheless, the promised commitments are not enough to also comply with the common goal of limiting global warming to well below two degrees. Rather, it is continuously to increase the national contributions and to develop long-term mitigation strategies to achieve a greenhouse gas-neutral world in the second half of this century, it said in a statement from the Foreign Office in Berlin.

The 22nd World Climate Conference (Conference of the Parties, COP) in Marrakesh, the concrete implementation of the Convention of Paris in their focus under the slogan “Action and Implementation”. S.E. Dr. Omar Zniber, Ambassador of the Kingdom of Morocco, she said have the plastic bags already abolished in his country and even changed to a large extent on renewable energies such as wind and solar energy.

At the same time the challenge now is to more closely combine climate protection and development together. Only when the Paris Convention and the 2030 sustainable development agenda implemented together, the global transformation will come towards a greenhouse gas neutrality and klimaresilienten society.

Statements by government officials and experts:
Prof. Dr. Maria Böhmer, Minister of State, Foreign Office: “Together we have made with the Paris Convention obligations. However, the fight against climate change offers opportunities, especially for developing countries. Opportunities for economic growth and jobs. The keywords here are: technology transfer and innovation. Towards a common achievement of the Paris and the sustainability agenda in 2030 it needs a global transformation, engage in sustainable development and climate protection. ”
Rita Schwarzelühr-Sutter, Parliamentary State Secretary, Federal Ministry of Environment, Nature Conservation, Building and Nuclear Safety: “I am very pleased that we were able to complete the parliamentary procedure for ratification of the Paris Agreement last week. This is our contribution for a rapid entry into force. Also at EU level, we advocate a to complete the ratification process as soon as possible. ”
Prof. Dr. Dirk Messner, Director of the German Development Institute: “Without effective climate protection can not succeed inclusive development and poverty alleviation. Therefore it is important to think together climate protection with sustainable global development. The 17 sustainability objectives, as adopted in the past year with the 2030 agenda of the United Nations, representing this holistic approach. This climate and the 2030 Agenda may be designed so that they become vital components of a modernization, justice and peace project of the international community. That this is possible, should be highlighted more clearly to those who seek their salvation in aggressive nationalism, climate skepticism, xenophobia and cancellations to international cooperation, with a viable alternative draft to take the wind out of the sails. “

Prof. Dr. Gernot Klepper, Institute for the World Economy: “If the two-degree target the Paris Convention is to be respected, then emissions must be reduced first where it is the fastest and cheapest to do; in the electricity sector and in agriculture.. When power is already doing a lot. The European emissions trading exists, but is in need of reform. China now introduces a national emissions trading. Other countries start with CO2 taxes. But overall, the pace is far too slow and the price of emission rights in any way correspond to the social costs associated with fossil fuels. A study by the International Monetary Fund, these costs could amount to more than six percent of world income. This would represent a total of more than three thousand billion dollars! A lot of money that would be better invested in the sense of the Paris Agreement. “

: “Local authorities play a key role in climate protection – there are the overall social climate targets translated into concrete actions. The main issue on the spot about building to refurbish to transform energy production and to realize an innovative transport policy. For this we need a city the right conditions and requirements of the federal level, and support programs, federal and state. “

Girl on the Train - World Premiere in London 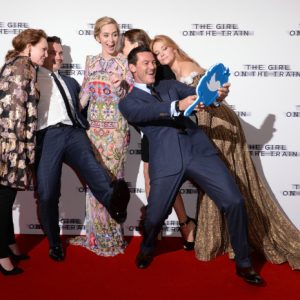 Girl on the Train - World Premiere in London

On the premiere the stars, their director and the Author of the thriller Emily Blunt, Luke Evans, Rebecca Ferguson, Tate...
Copyright 2014 Ruth Schalk
Back to top