BfG – Spielberg and the ‘Dreams’ of Roald Dahl… 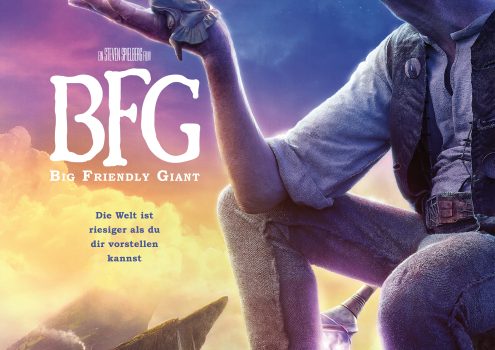 Little Sophie can not sleep. So she haunts during the middle of the night through the orphanage where she lives, scoured every corner beeing followed sometimes by the domestic cat. One night, it’s already Sophie’s witching hour, the clock strikes just the third hour, when she saw a mighty rushing shadow around the corner. Undaunted sneaks the little girl to the window, venturing out onto the balcony and calls at the shade. It’s a giant, BfG, the big friendly giant. BfG feels caught. He fears inco

nvenience, so he steals Sophie unceremoniously from the orphanage and flees with her over hill and dale to the land of giants … BfG talks funny things and he is good-natured. The little one calmed down a bit. 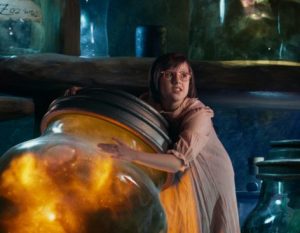 She and the giant, two lonely geeks slowly take each other confidence. If BfG works he captures dreams. Iridescent colorful stories, delicate structures fireflies, but also creepy nightmares in gloomy black or aggressive red. In his cave the giant preserved these dreams in many glasses or other vessels. Sophie is impressed. Everything could be so nice, if there only were no evil giants. They want to catch Sophie and eat her up. The little girl hides behind the dreams … 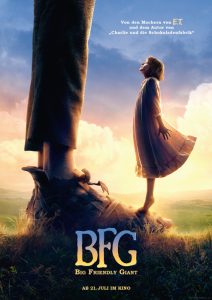 BfG, the story of the gentle giant is a beautiful fairy tale, which originated in 1982, coming from the pen of Roald Dahl. Since then it is one of the most popular stories of the famous British writer. The script was written by Melissa 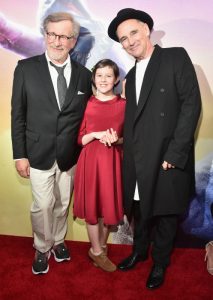 Mathison, who already wrote the script for Dahls E.T.-

the Extra-Terrestrial. Just in time for Roald Dahl’s centenary, Constantin Film brings the story again to life thruogh Spielberg and the famous director, who filmed many historical materials, such as Schindler’s List,
where he always has to keep close to the facts, to give the story the most possible truth, had here all freedom: “Here, then, to get the opportunity to dive into a world of dreams and the imagination itself was like a dream for me,” says the wellknown Regiesseur. “The film let me escape into what I can, in my opinion best, my imagination …”

The premiere in Los Angeles was just a month ago, on 21st June 2016. The theatrical release in Germany’s Thursday July 21st, 2016. 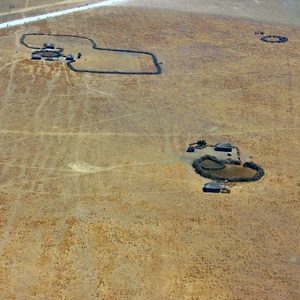 Press News NDR The World Bank continues to support the federal government with its own guidelines for the protection...
Copyright 2014 Ruth Schalk
Back to top