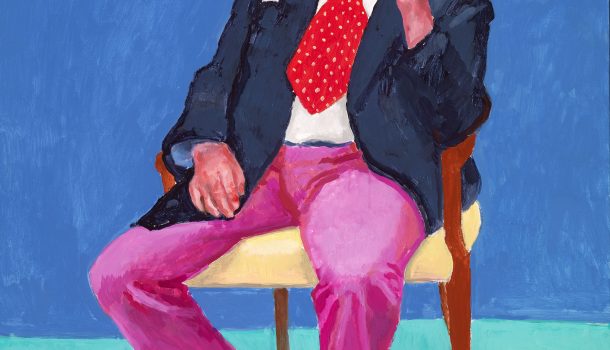 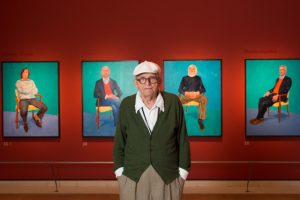 After four years and countless paintings of the landscape* of his home-area in Yorkshire, David Hockney now returns back to the Royal Academy of Arts, this time with a series of portraits of friends and acquaintances. It almost seems as if Hockney and the Academy set an invitation to a Royal Tea Party. So alive sit the ‘Painted’ around you while looking at one, almost no matter where in the room you’re in, they’re fixing you. 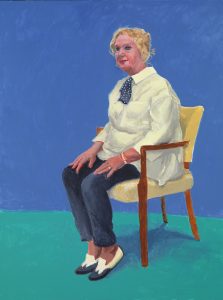 82 “guests” sitting firmly on the same chair while beeing portraied by Hockney, draped on burgundy-red walls. A mammoth work of intensive ‘snapshots’ of the art world of Los Angeles and people whom the British artist has encountered during his life – regarded by him as friends.

After the intensive landscape paintings Hockney returned to Los Angeles and caught on initially portraying his neighbors, like Benedikt Taschen, publisher. This year his catalog will be published by Taschen; it’s the first time a catalog with the entire oeuvre of the artist, about 500 works, will be shown in one piece.

His portraits he overwrites with a psychological work. He has it all painted in individual sessions, each lasting three days. “During this time, we get a lot closer than ever before, so we got to know each other even more. It was not easy, but I couldn’t demand for more time of them.” They are, after all very busy people with little time. Such as Larry Gagosian, the artist manager, or his muse Celia Birtwell, the British textile designer.

The exhibition will be on show until the 2nd October 2016 in London at the Royal Academy of Arts.

* The last exhibition of Hockney “The bigger picture” in the RA on landscape paintings was very successful. 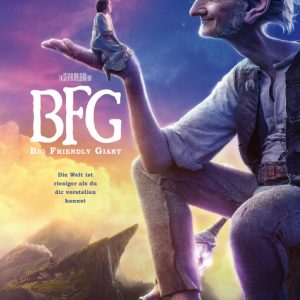 Little Sophie can not sleep. So she haunts during the middle of the night through the orphanage where she lives, scoured...
Copyright 2014 Ruth Schalk
Back to top