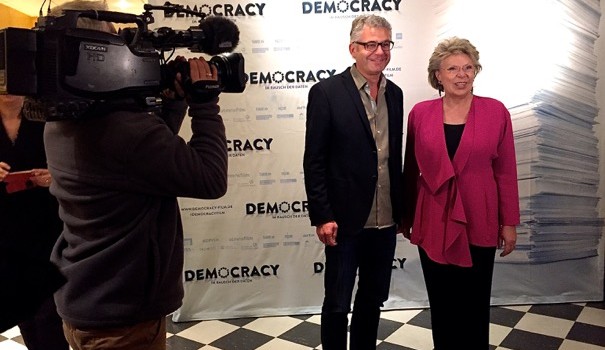 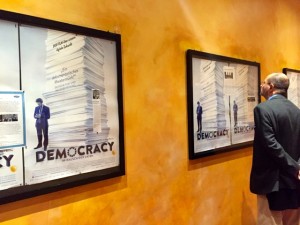 In Democracy you can hear “the noise” of the data. The Swiss director David Bernet shows a sobering look behind the scenes of European legislative processes. It is about the almost unmanageable world of Big Data and thus also equal to Big Money. The story begins in 2010. Viviane Reding, Vice-President at the time of the European Commission and Commissioner for Justice, Fundamental Rights and Citizenship, tries to bring the data streams under control by creating a law to protect the public. The young green MEP Jan Philipp Albrecht, supported her.

Cleverly pursued the director, the ways of the Force. Here, Jan Philipp Albrecht and Viviane Reding make aware the fight against lobbyists and political counter-forces. The political power structure, in which intrigues, success and failure are scarcely be separated will be unmasked. Two and a half years David Bernet accompanied the legislative process. The result was an amazing documentary that advances the state of contemporary democracy fearlessly into the light, with many of their shadows.

At the premiere, organized by the Zeit Foundation, Viviane Reding came, Jan Philipp Albrecht, David Bernet and Prof. Dr. Johannes Caspar Hamburgian Commissioner for Data Protection and Freedom of Information, to the cozy Abaton cinema in Hamburg. In the subsequent panel discussion, said Mrs. Reding, we are only just in the stone age of the data streams. 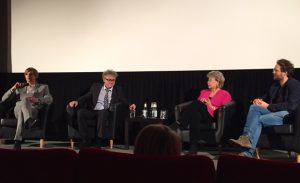 “At some point, the program will install itself,” said Jan Philipp Albrecht, EU MP and rapporteur for the new Data Protection Act in Brussels, in the discussion after the film. In parliament the law has long since passed, but the EU’s Council of Ministers, they are still not agree. “In Berlin there is public one is for the law, but behind the scenes is very different from talking. This is often the case,” said Reding, “why it was so important that citizens help. Even with regard to TTIP.” Reding says, still we are doing well, we still have a strong economic power. But soon we are run over by the Chinese. Prof. Caspar would prefer everything he wants to change the law, for example, the profile survey … 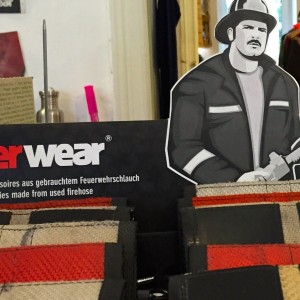 Wherever they were in use, it was pretty tough. They saved lives. They had to stand 'a lot of pressure and had to endure,...
Copyright 2014 Ruth Schalk
Back to top