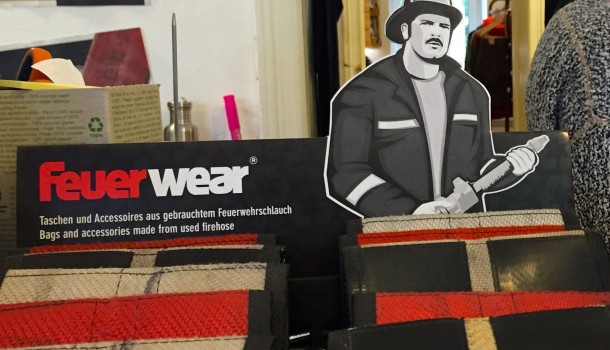 Wherever they were in use, it was pretty tough. They saved lives. They had to stand ‘a lot of pressure and had to 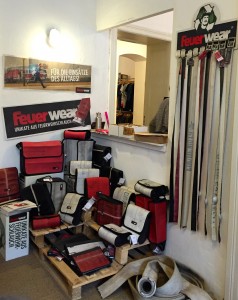 endure, when they were injected, that they were worth throwing Water until approximately one year. Then they were so completely done and all ready – Firehoses! Until 10 years ago, they were simply rejected, then the “fiery” Martin Klüsener started and began to process the long stuff into bags. First he sewed himself, but soon found its products selling like hot cakes. They were Hot Stuff “, fireproof and very strong. Maybe it was the thought of the story that honored such a product with exceptional quality. Meanwhile operates Martin, together with his brother Robert, the Feuerwear GmbH & Co. KG. In the sole past three years, the brothers have processed 100,000 meters fire hose and thus saves the environment 50 tons of waste, says the entrepreneur profile of the two, and they have significantly expanded their product range: www.Feuerwear.de

Meanwhile, the upcycling has become trendy. Many people develop doing a lot of Curiosities, Creative, Stylish – in any case it is useful because it saves waste!

Gabarage, is made of PVC hoses forth lamps, makes seemingly useless Gewordenem good design with practical benefits. Filmstrip, bags truck tarpaulins and file folders – that is upcycling design of gabarage, the commission in collaboration with selected designers unique, small series and prototypes for consumers and businesses. The whole thing looks this damn good – and who wants to can equal even to give up his own trash. www.gabarage.at

One can find a lot on the Internet, if you just “upgecycelt” googling, and always individual things that tell a story … 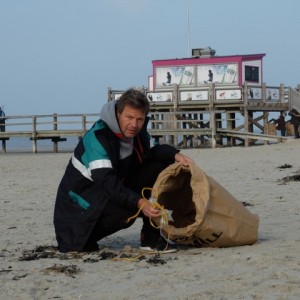 booed, insulted and blamed by some of the guild of the old farmers, remains "our Cowboy" fearlessly on line and stands up for his convictions...
Copyright 2014 Ruth Schalk
Back to top