Probably the most important Artshow in the world, the documenta, is being held this time not only in Kassel, but for the first time outside of Germany, in Athens. The whole thing gets something “vatican” with the fumata bianca, so the Italians call the white smoke after the election of the pope. From the opening, on the 8th of April, 2017, white smoke will rise from a tower in Kassel over the entire duration of the exhibition on 163 days, daily from 10 am to 8 pm; According to an idea by the artist Daniel Knorr entitled “Expiration Movement”.

The documenta has always presented contemporary art. It takes place every five years in Kassel, originally every four years. The first documenta goes back to the initiative of Arnold Bode. The Kassel art professor and designer wanted to help the so-called “degenerate art” finally to prestige. On the occasion of the Federal Garden Show in 1955, he succeeded in attracting more than 130,000 visitors. In the course of the following years the emphasis was shifted to the art of the present time. At first the show was restricted to Europe, but soon it also included works by artists from America, Africa and Asia. 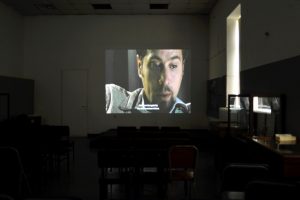 The documenta is also called the Museum of the 100 Days, because of its exhibition period. The name “Documenta” comes from documentum the words docere, ‘teach’ and mens ‘spirit’. The name of the exhibition is usually capitalized by the makers until today. Often “documenta” is also abbreviated as “d”, followed by the respective number (for example “d 12”). The “documenta” has become a synonym for “contemporary art” over the years.

Crucial for the presented cross-section through current art is the perspective of the respective curator, which is mentioned in the context of the documenta artistic director. Their history is full of contrasts and ruptures in which different artistic and curatorial attitudes, philosophies and theories are reflected as well as political and social times. The Biennale of Venice. is the only institution of comparable importance in the world.

Program to open the documenta 14

The exhibition of documenta 14 in Athens shows over 160 international artists and their work conceived for the documenta 14 in more than 40 different public institutions, places, cinemas, university locations and libraries.

The Documenta Kassel starts on 10th of June and runs until 17th of September 2017. 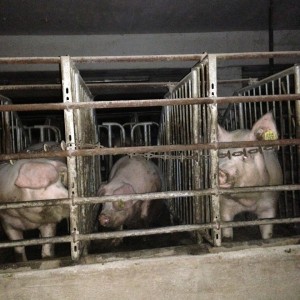 For three days, the agrarian ministers of the countries have struggled with explosive topics like: Food waste; The development...
Copyright 2014 Ruth Schalk
Back to top