German Agricultural Minister Conference – the Sow should come out… 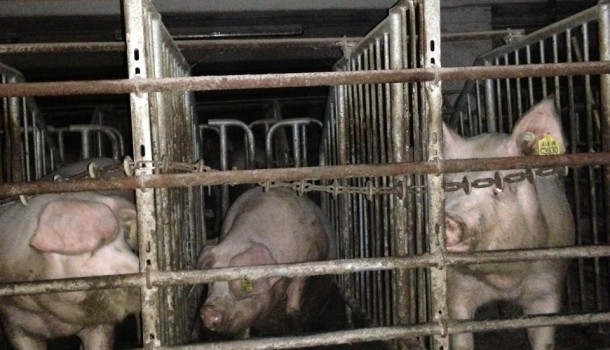 For three days, the agrarian ministers of the countries have struggled with explosive topics like: Food waste; The development of the EU’s Common Agricultural Policy (CAP); The future of the farming of dairy cattle, Free trade agreements and their impact on agriculture; Avian influenza and free-range; Antibiotic use and antibiotic resistance; Approval procedures for glyphosate;
Sows kept in cages; National animal welfare strategy and animal welfare label; Animal protection in animal transports;
National strategy for reducing nitrogen surpluses 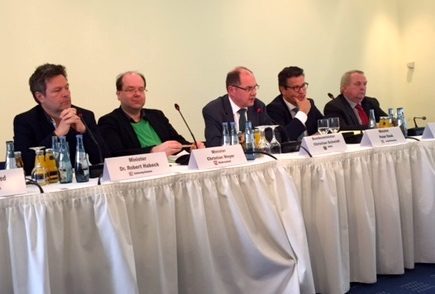 Twice a year, the agrarian ministers of the countries of the federal republic of Germany meet to discuss such issues at the conference of the agricultural ministers (AMK). At present, Lower Saxony is chaired to lead the conference. Christian Meyer, is the Minister of Agriculture (LWM) of lower saxony. At the final conference on Friday, many declarations of intent were announced: The CAP is to be further developed. Everyone agrees that the milk crisis is still existing and that they have to do something about it. The conditions of supply between dairies and farmers are to be changed, so much is certain: “The findings of the cartel office are not just a reminder for the economy but a clear order,” says Brunner, agricultural Miniaster of Bavaria. Till Backhaus, Minister from Mecklenburg Vorpommern, is threatened with a decent decision, if there is no nationwide directive. The SPD, his political party, had always been a pioneer, he claimed. 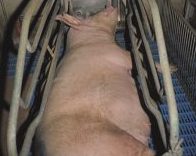 The still rampant avian influenza in Germany was pushed on a possible problem with the biosafety of some enterprises by the ministers Backhaus and Meyer. Additional aid, for the farmers particularly affected by the stabling obligation, dismisses the Federal Minister of Economics, Schmidt. The “caste position of sows” could not remain so, as some ministers want to let the sow out.

The Magdeburg Administrative Court, had ruled that most of the current cattle in which sows are kept for insemination for 28 days are animal welfare-defenseless and can be classified as unlawful. They are too small. The sows should again be given more freedom of movement and more space. The German animal welfare organization urges the federal states to put an end to animal welfare. “These conditions can only be fundamentally altered with an exit from the cage maintenance and a corresponding adaptation of the animal welfare livestock keeping regulation,” says Schröder. Sows are fixed for approximately nine weeks per farrowing cycle in a box stand, which does not allow any movement apart from standing up and standing up. Through the permanent fixation elementary needs of the awakened animals are massively suppressed, which leads to animal protection-relevant injuries, illnesses and behavioral disturbances. In the farrowing area the use of the box level is justified by the fact that the sows squeeze their piglets when they are laid off. Many organic farms, as well as other European countries, claim that sowing without fixation can work without problems, if the sow is allowed to be fed naturally, and it is not compelled to overproduce with preparations. Greenpeace’s agricultural expert, Martin Hofstetter, goes one step further: “Sows kept in the chest and regularly cut off the tails of the animals contradicts valid law. German agriculture policy is about a turnaround in animal husbandry. Only with less animals in the barn can the harmful ammonia load of the air and the dangerously high nitrate values ​​in the ground water be improved. Too much nitrate from the fields pollutes the ground and surface waters nationwide and pollutes the drinking water. Martin Hofstetter: “This fertilizer form is a muddle of politics before the farmers’ union. Extensive exceptions, long transitional periods and adventurous calculations make the reforms a mere paperwork. The EU Commission must remain in its action and demand more stringent measures for less nitrate pollution from Germany. Otherwise, we will pay a lot for our water bill, because the wells have to get cleaned very well. ” 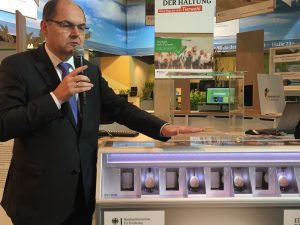 The green ministers Meyer and Remmel want to finally improve the fertilizer regulation in practice. “In the face of the EU lawsuit against Germany for breaking the EU nitrate guideline, we must now finally turn to the protection of our ground and surface water “Said NRW Agriculture and Environment Minister Johannes Remmel. From 2018 onwards large livestock farms have to work out these material flow balances, also known as farm balances. From 2023 onwards, all other companies will follow. “We still have doubts as to whether the new fertilizer regulation is in line with the EU guidelines and would have introduced the stock flow balance for all farms sooner than 2023, but we must now begin to stop over-fertilization and improve groundwater quality together. Another animal welfare theme is the ending of the killing of millions of day-old chicks announced by Federal Chancellor Christian Schmidt. For this purpose, a super-machine for the early detection of sex in the egg is currently being developed. But that still lasts and the machine will be much too cost intensive. The green ministers Habeck and Meyer pleaded for a further expansion of two-use chickens!
The NABU criticizes the lack of reforms of most agricultural ministers for the urgently needed agricultural change. The rigid adherence to the current system of flat-rate direct payments for farmers is not comprehensible in view of the enormous environmental costs caused by intensive agriculture, which is subsidized by means of taxation. In the interests of the agricultural sector, only the reduction of bureaucracy and the simplification of the system is currently under way,

but a more targeted distribution of funds for specific environmental, climate and nature conservation services is hardly discussed. As a cheating pack, the NABU criticizes an advance by Bavaria, which wants to take more smaller farms more into account, but continues to adhere to the environmentally harmful flat-rate payments of the so-called First Pillar. “Clean landscapes, massaging, soil contaminated with manure and ground water, as well as pesticide residues in food and the body of people are not what we associate with healthy eating and preserving our cultural landscape.
The peasants have already sensed the sluggish decision-making power of the ministers, and in their “snail tempo demo“, organized by the BDM (Federal Association of German Dairy Cattle Farmers), on March 30, In Hanover. The agricultural structure goes bathing, the poles melt, our water supplies are polluted and the decision makers fabricate “gentle” exits with soft-washed decisions. 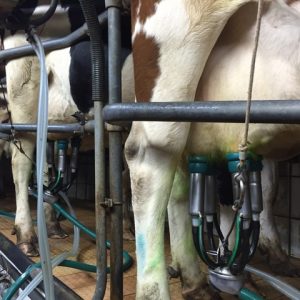 one has to think about that slowly: 20 000 Cows on one Farm in North Spain, plus their calfs, as without calves no Milk!...
Copyright 2014 Ruth Schalk
Back to top