From Zero to Hero “Noma” 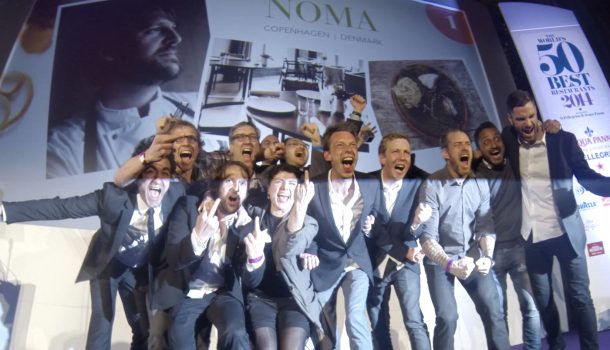 “Noma”, a true treat of culinary cinema, does not just show an international top restaurant, no, the documentary leads to the result of continuous, excessive suffering creates! The german “world” newspaper calls it gastro-sex, others an oral experience – Noma! Four times, this temple was voted the best restaurant in the world for unusual creations. René Redzepi is here the “maker” and the “big bopper” behind the pots. 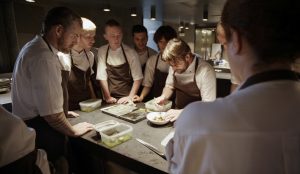 He likes to drive his team to exhaustion, to play, to invent new creations, to try out and always risk something. So the born Macedonian succeeded the “New Nordic Food Revolution” in making even more. In August 2003, he and his colleague, Mads Refslund, went on a study tour of the North Atlantic inited by  Claus Meyer. The aim of the exploration tour was, to be 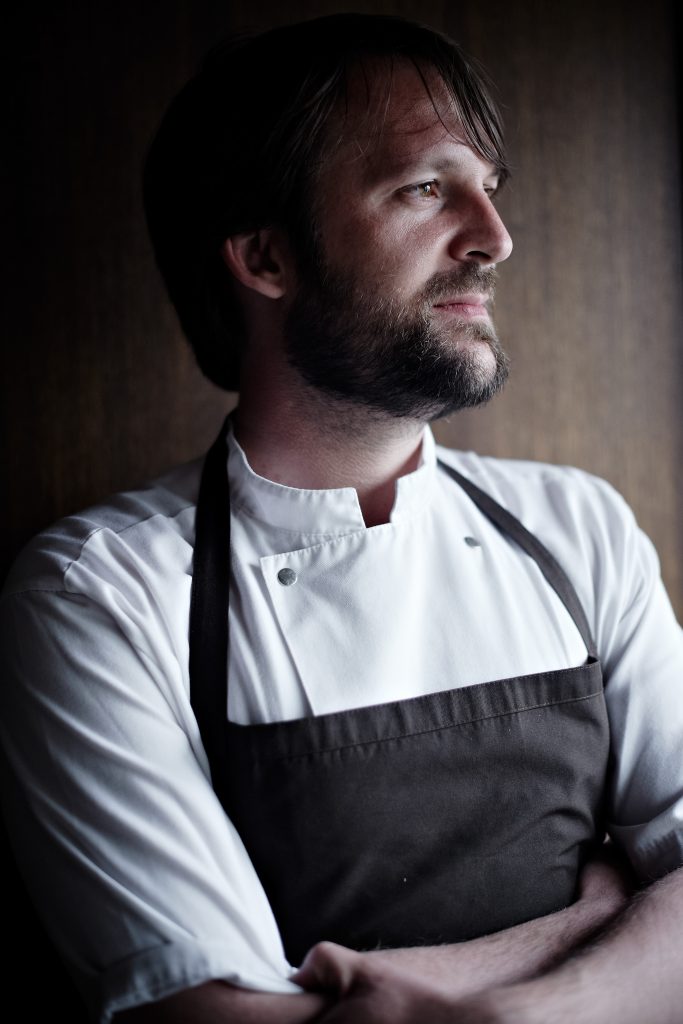 inspired, and to find  different supplier in the nature, to elicit a progressive dining room, with a modern, exclusively North Atlantic food offer. Redzepi was formally obsessed with making a kitchen only from Nordic, regional products.

The rest of the scene held him crazy. They called him Seal-Fucker. Redzepi could not be misled. He soon chose only the products of the season and the ingredients from the Scandinavian area, creating nordic cuisine. Together with his friend Claus Meyer, he adopted the Manifest for a new nordic cuisine.

Four times in succession, the Noma has become the best restaurant in the world. In “A work in Progress”  he has documented the years to success. One can buy both together with his cookboo 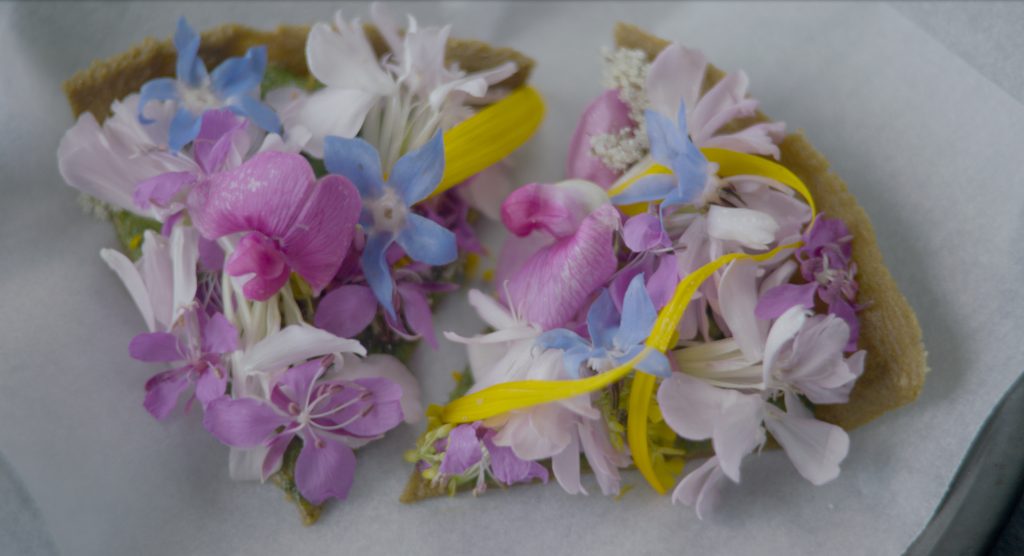 k and thus, in some cases, the most difficult search for the most unusual creations. Now comes the film into the cinemas of the obsessed master with the ingenious senses for crazy combinations in his work shows. Director Pierre Deschamps accompanied the Chefkoch and his restaurant. In the first half of the film he tells us about the master’s unusual products – with mosses, lichens, fermented gooseberries, but also ants on crème fraiche! For three years, director Pierre Deschamps hangs on the heels of the Redemption from the third award for the best restaurant in the world in 2012, with a setback that shook the Noma 2013 heavily, back to the gastronomic world peak in 2014.

At the same time, he gives professional guides, such as super cook Ferran Adrià and Noma co-founder Claus Meyer the same voice as the members of the Noma team and the suppliers, who enrich the cuisine Redzepis with their 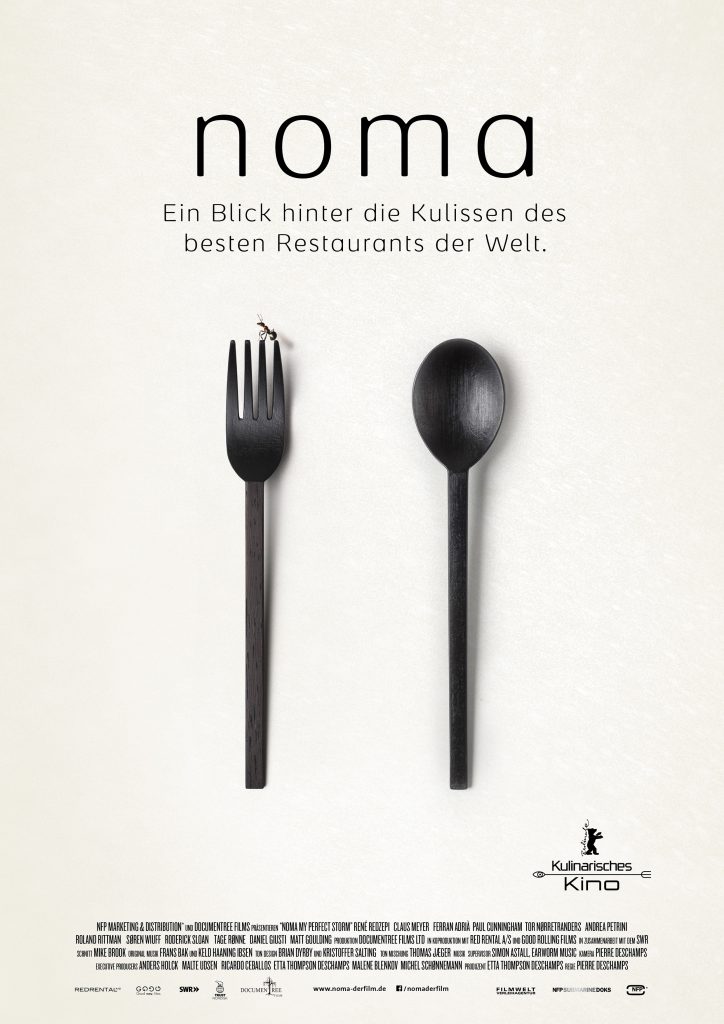 unique products. At the same time, Deschamps takes a private look at René Redzepi, talks to his parents and shows him in the circle of his family.

Thus, Deschamps draws the portrait of a chef who constantly reinvents himself in the search for new flavors and preparation forms, which leads his team meticulously and motivates with unusual means. And he shows the man René Redzepi, who, with his sympathetic nature, with his passion and his sensual talent, has succeeded in resisting all the obstacles and has grown from nowhere to the world’s top. 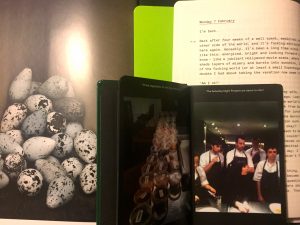 A work in Progress

One of his secrets is surely the curiosity. Redzepi loves to reinvent himself and try again and again. Now he re-opens a new page in the book of his life. The Noma as it is now makes it dense and then comes back with a completely new concept of food delivery to guests, in Copenhagen, in a new building. Let yourself be surprised by the film and the new restaurant of the Macedonian with the excellent taste … 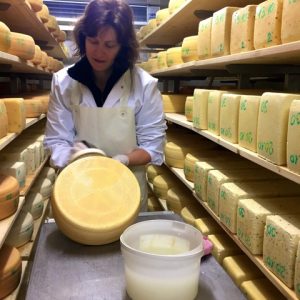 Almost every day, Elena Martens straps her mobile dairy trailer and drives to her customers across the northern german...
Copyright 2014 Ruth Schalk
Back to top