It has not necessarily to be caviar… 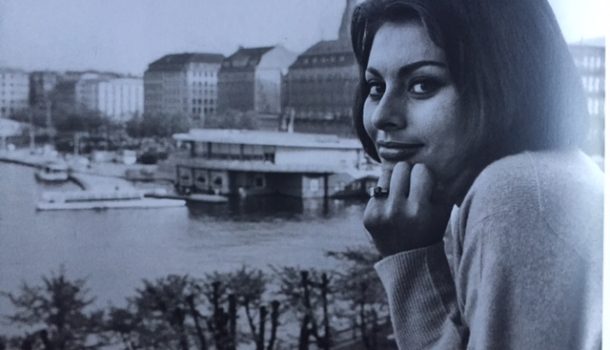 Sophia Loren, for example, preferred home-made pasta, and that for she let the bathroom of her suite converted into a kitchen. “Not possible? Is a No Go”, and “Always only the best”, so the motto at the Fairmont Hotel Vier Jahreszeiten/Four Seasons since 120 years now. Standard rules of his style-giving owner Friedrich Haerlin, who bought the “hotel at the four seasons” 1897 at a bargain price of 420000 reichsmark. 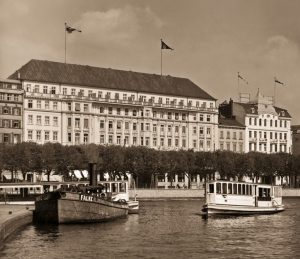 The swebean owner gradually bought the neighbour buildings. From the one house with its original 11 rooms, it so grew to an illustrious ensemble to today’s Grandhotel with its 156 luxury rooms and suites. As early as 1928, Haerlin allowed all six buildings to be installed uniformly. The 5th floor also got a long viewing balcony to the Alster side. As a crowning achievement, the honorable man from Stuttgart crowned the entire complex with a green copper roof. At that time already he so gave the hotel its present exterior representation. 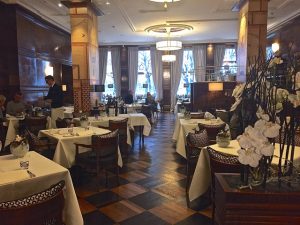 Together with his wife Thekla, Haerlin built and developed the hotel towards one of the first addresses in Hamburg. Even in erratic times, between the currency crisis and world wars, the Haerlins maintained their composure. With patience and passion, they continued to build, rebuild and construct. In 1919 they opened the Restaurant Haerlin. Under the direction of Christoph Rueffer and his team, it now shows two Michelin stars and 19 Gaul Millaut awards. During inflation, Friedrich Haerlin is looking forward to “liquid food”. He puts on a considerable wine cellar. To the very joy of some guests, as for example some shipowners. They liked to talk to the delicious nectar during their Lunchtime, when they could improve their outward “modest” sausages with potato salad, with a bottle of fine wine for about 700 Reichsmark. There goes even more, Haerlin suspected and expanded his culinary pleasure stations 1926 around the Season-Grill, as a casino in an Art Deco style; The beauty of this episode is now visible again, on the wooden paneling of Caucasian walnut and on the two inlaid, art deco columns. The seasons grill is thus one of the most beautiful restaurants in Germany.

In the meantime, Thekla Haerlin was busy with the expansion of the production of the Sweet and Cake Departement; in 1935 she installed the “Condi”, a confectionery in the Wilhelminian style, filled with delicious temptations which could even be delivered free of charge by a horse cart. At the same time they install a nice location for celebrating underneath, in the cellar. An opportunity to celebrate, gladly used by artists, politicians, nobles and other personalities of all kinds. The pleasant, luxurious setting and the excellent hospitality provided the Haerlin’s powerful regular customers, such as the brother of the German Emperor. 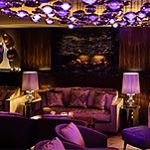 Later on Haerlin’s son Fritz continued the tradition on a larger scale; He attracts the haute volée all over the world , as well as many artists and actors. Alfred Hitchkock, the Callas and Aristoteles Onassis, Antony Quinn, Brian Ferry, Kirk Douglas, Gina Lollobridgida, Natalie Cole, the Rolling Stones, Bill Clinton and John Kerry, the American Foreign Minister, to come to Hamburg to visit his fine house with the special flair. Ingo Peters, the current director of the hotel, also continues this idea of ​​hospitality with a professional approach. For him it does not have to be caviar as well. Peters likes the Asian cuisine and so it was one of his first official actions, after his return as a director, to install a new restaurant with the idea of ​​the Far East taste to the seasons basement. In fall 1998 he opened the Doc Cheng. For 18 years it remains a delicious star at the German fine cuisine, until towards the end of 2016, a new refined idea of ​​Peters increases, the Nikkei Nine, with Peruvian-Japanese fusion cuisine. There one meets the skilful combination of two continents. 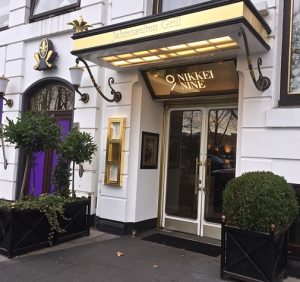 Entrance to Nikkei Nine, House Nr. 9, the 9 is considered as a lucky number in Asia, ⓒSchalk

Under golden, moving elements, the dancing leg can swing at an advanced hour, when the DJ invites to dance in Lucky-Number 9. Selected art elements in purple, dark red or copper color catch the eye. Peters has been renovating for years. In 2013 he became a great co-worker with the new owner, Kurt Dohle, who spends some millions. With assured taste and well-groomed hands supported by his wife Christiane, the “old box” has now blossomed to exquisite splendor. “We have to do it first,” smiles Peters with pride. Full of vif and esprit, the Grandhotel looks younger and more modern than ever. Even today you can find in many loving details the passionate Akrebie of the hotelier couple Haerlin. For guests, the Fairmont Hotel Vier Jahreszeiten is not only a five star hotel, it is a veritable treasure trove of stories and details. Whether it is the pineapple at the stairs, the brass room on the floors, the ancestral gallery, the Ralph Lauren room, or the roof terrace stretching over 1,000 square meters, there is always something to discover. 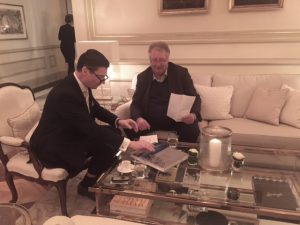 In February 2017 the Hotel Vier Jahreszeiten celebrated its 120th birthday. Therefore the hotel offers a special view behind its scenes. In the new edition of his 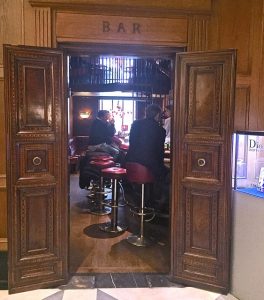 four-seasons book, “A Piece of Hamburg, History and Stories” *, Jens Meyer-Odewald summarizes crazy anecdotes from 12 decades.Why the Rolling Stones could rock only once on the chandelier and other blatant events the Abendblatt Journalist has brought back to paper. In co-operation with Director Ingo Peters and the hotel’s long-standing staff, the Coffee-Tabel-Book was filled with the most beautiful stories. The book provides information about the hotel family Haerlin and the procedures in this incomparable first-class hotel. A beautiful insight into a completely different world. On 260 pages, the author talks about how the guesthouse at the Alster was transformed into a wonderful world-class hotel. More than 200 photographs document contemporary history and unleash untold treasures for the first time. The decisive flair of this “famous Alster Perl” is best appreciated by a personal visit. From the first servant to the maid, all the staff gives the house the special flair. Many have been there for a long time, they like to work there and also the guest remember. Director Ingo Peters himself started his training at the Hotel Vier Jahreszeiten in the early eighties. After thirteen years of absence, in which the charming hamburgian could sniff the air of the big wide world in other houses, he returns in 1997 enthusiastically. “A house like the Fairmont Hotel Vier Jahreszeiten makes a bit addictive,” he says. It is a pleasure to come to the bar after a strenuous stroll, to get some caviar, to complement it with a glass of champagne, just as Johannes Mario Simmel the famous writer and his Character Thomas Lieven might have done it here …

* The Hotel Vier Jahreszeiten – “A Piece of Hamburg, History and Stories” has been published by the Eiland Verlag and can be ordered for 69 € in every bookshop 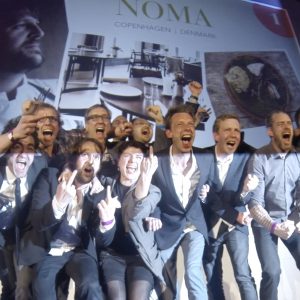 "Noma", a true treat of culinary cinema, does not just show an international top restaurant, no, the documentary leads to the result...
Copyright 2014 Ruth Schalk
Back to top