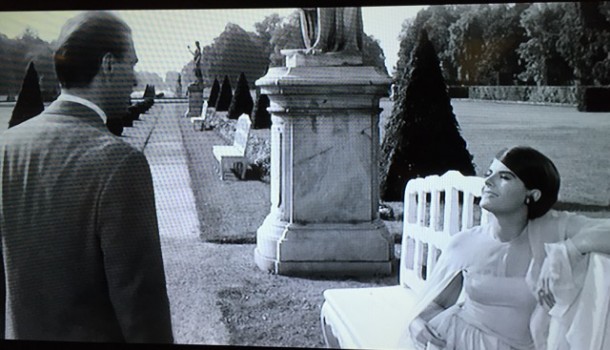 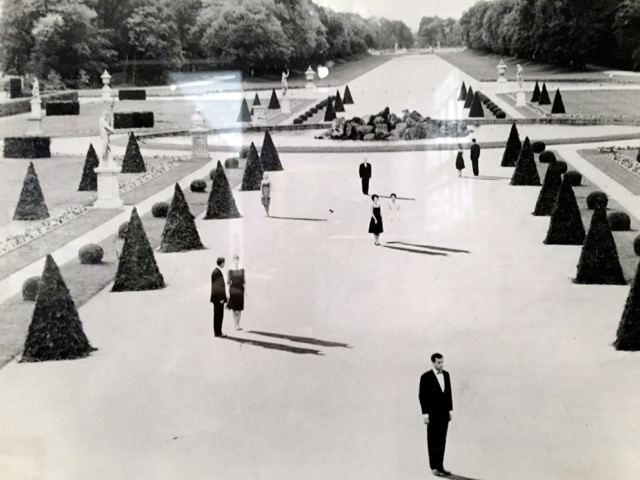 L’Année dernière à Marienbad is a fascinating, enigmatic love story of the French director Alain Resnais *. Quite aware of the straight story document of “La Jalousie” by Alain Robbe-Grillet, with follow events in a clear and unambiguous order successively, Resnais triggers the story into disorder. 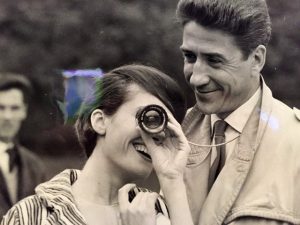 He preferred to leap into the Nouvelle Vague, the then hip new wave of cinema, and conjures up with avant-garde flair and cool aesthetics a confusing romance to the big screen: In a grand Baroque Castle an attractive man mets a wonderful wife and told her, that they were involved in a crazy affair during the last year. Now they met again in order to jointly start a new life. But the woman, who is accompanied by another good-looking man, can’t remember neither the alleged love affair, nor the promise, so she also sought …
Radical as any movie before Resnais breaks the film transfer of the nouveau roman vanguard of Grillet with traditional structures of time, place, and causality. So a break with reality can be found, for example, even with Magritte. 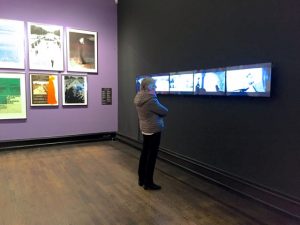 Radical as any movie before breaks Resnais’ film transfer of the nouveau roman vanguard of Grillet with traditional structures of time, place, and causality. So a break with reality can be found, for example, even with Magritte- sorry, but “Le grand Siècle, René Magritte 1954” I had to remove for copyright reasons.
It is a confrontation with the time. Deliberately “arranged” Resnais film so that any attempt of the viewer to restore an external chronology sooner or later come across a number of contradictions, so this leads to a dead end. Just as the only time of importance is the duration of the film, as is the single most important “person” of the audience, in whose head is going on the whole, an imaginary story, Resnais said. The work is no evidence of a located outside of itself reality, but it is a self-Reality. 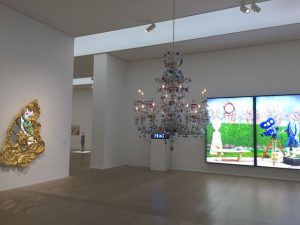 The exhibition engages exactly with a variety of art works sent again and again, as in the spatial composition in Room 5, “Ornament and idea. The meaning of the forms”, with the gilded, overloaded gold mirror by Jeff Koons, “Christ and the Lamb “1988, from the Banality series, the deliberately kitschy chandeliers of Cerith Wynn Evans and Rodney Graham “Four Seasons” lightbox diptychon.

Unusual, lasting several minutes tracking shots capture the contradictions between the baroque details and clear aesthetics in the vastness of the locations, in the castles of Schleissheim, Nymphenburg and Amalienburg, a. This stylized world seems somehow artificially relieved of reality and cold. The figures mutate almost tableaux vivants (living pictures), whose stylish costumes fashion designer Coco Chanel designed. Karl Lagerfeld made use of in his editorial for Marie Claire, 2011 at the scenery and dresses designed to match the romantic atmosphere.

As a highly artificial and staged carefully construct the film plays with the artistic language, is in the style itself to content.

The film celebrated the beginning of the 60s international successes; 1961 Award Marienbad in Venice the Golden Lion last year.

The joint work of Robbe–Grillet and Resnais impacted not only influential on certain major film directors like Stanley Kubrick, 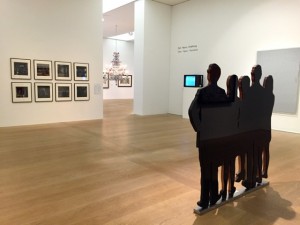 Peter Greenaway, David Lynch or Lars von Trier made, but even defined a very specific understanding of art, which acted on a variety of artists and their works of art , To date, it is up to date and relevant. This shows the Kunsthalle Bremen in cleverly arranged art works, the embossed in Marienbad film Nouvelle Vague aesthetic, from the beginning of the 20th century to the present.

Till march 13th 2016 it’s presented at the Kunsthalle Bremen

** known was Alain Resnais for his film: “Hiroshima mon amour”, in which he deals with the Second World War and the impact of the atomic bomb 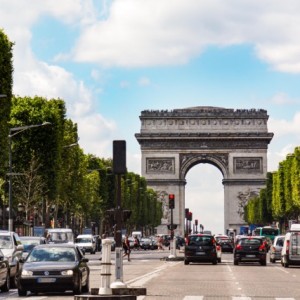 "Our free life is stronger than any terrorism," says Angela Merkel and she is totally right! Now more so than ever, because...
Copyright 2014 Ruth Schalk
Back to top