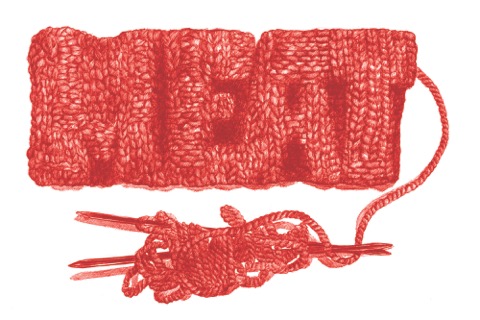 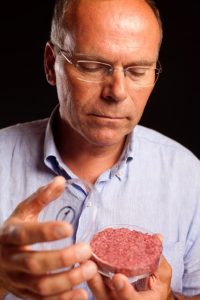 “We shall escape the absurdity of growing a whole chicken in order to eat the breast or wing, by growing these parts separately under a suitable medium. Synthetic food will, of course, also be used in the future.”, said Winston Churchill in 1931 in his article “Fifty Years Hence”. Well, he has miscalculated by a few years, Professor Post of the University of Maastricht presented the “Super Burger“ already in August 2013 in London, meat, muscle fibers grown in the petri dish. This meatball whose development was co-financed by the Google founder Sergey Brin, tasted according to the opinion of the food testers a bit dry. In addition, the Super Burger cost the “little” sum of $ 325.000,00, about thirtytwothousand dollars per bite, if you bite just in little bites. Meanwhile, Post and his team can also produce fat cells; mixed 5 to 20% of it under the muscle fibers, which would result in even a very good taste, thinks the in vitro burger producer. “Our Cultured Beef tastes today much like a bad burger from a known fast-food chain,” explains Post convinced. Meanwhile, he founded together with his Compagnon, Peter Verstrate, “mosa-Meat”, a company for taking care of the marketing of the product even better. The social acceptance of in vitro meat is still in its infancy. This is also one reason for the lack of research funding. A recent survey in Flanders under 400 people found that men up to five times more are willing to try the product as women. Negative statements such as “unnatural” and “lack of confidence”, were twice as great weight as positive arguments of “welfare friendly livestock” and “food security,” said Wim Verbeke, professor of consumer behavior at the University of Ghent. 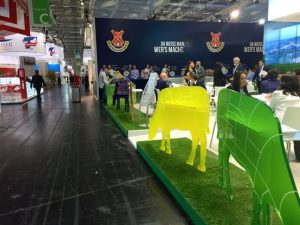 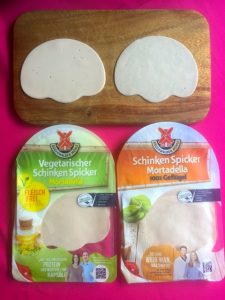 “Morally, is in vitro meat to evaluate more positive than the slaughter of billions of animals that had previously living in narrow, stinky stables, and then often get slashed their throats by fully consciousness,” says Felicitas Kitali, nutrition officer at the PETA. The strong activity of the animal rights movement want to raise awareness of animal welfare and dealing with cheap goods from factory farms in the population. Many consumers are now so insecure as regards their meat consumption to a large extent, or even refrain entirely from meat, and the industry is responding. There are more and more vegetarian and vegan products. This trend stood at ANUGA 2015 in Cologne, the biggest food fair in the world, much in the eye. Most striking, the response to the change in consumer behavior in the conservative Ruegenwalder mill was recognized. The Company coated its range to about 30% in order to vegetarian products. A specialty of the house, the ham Picker, refined with bacon bits of sausage, is also in the vegetarian mills line already all the rage. The new Fake “sausage” looks quite the same as the “real-sausage” ham Picker and deliberately. Godo Röben Marketing Director: “We want to offer all Flexitarians and vegetarians a real alternative to their favorite sausage or favorite meat dish with our meat-free products – a the equally delicious tastes and looks exactly.” As a consumer, you can see two almost identical products which are no longer to be distinguished from one another with packing heavy, and without packaging. The vegetarian ham Picker contains protein, chicken from the free-attitude, they say. It is not clear from which supplier the eggs come, not even on the company’s website. Felicitas Kitali from PETA comes to a very fundamental comment: “substitutes from egg white are not an alternative for us, as they are often also associated with large animal suffering as trimming the beaks or the killing of male chicks immediately after birth. By breeding more and more “egg lay” at the individual chicken, most chickens already suffering after a short time under inflamed Colons and bone fragility. “In principle, however, the increasing production of vegetarian products is a good development, she presumed. Also Armin Valet of the Consumer search Hamburg like the increasing migration of some meat producers in vegetarian products. “Although some vegetarians get abdominal pain when you should buy the largest meat processing company in Germany today now. But there are also plenty of alternatives from the Vegan and vegetarian scene, “says Valet.

The “meat” of the Petri dish you could eat with a clear conscience just because e.g. no animals have to die for it. It is actually quite naturally arisen, postal and other scientists. Currently lets Mark Post some Blonde Aqutaine cattle, in the vicinity of the University of Maastricht, back and back plucking a few muscle from the shoulder or the buttock. After the 1000 kg Colossus can continue peacefully graze! The cells come in shake flasks. There they are separated to single cell. The fresh entschleuderten “Single Zeller” come in a stimulating Wachstumsbad, a pop-up serum for muscle cells where they divide. Mail takes far only adult, adult cells. Baby–cells would share more quickly, but he can “still” not control it. It could  also grow cartilage which is not desired. 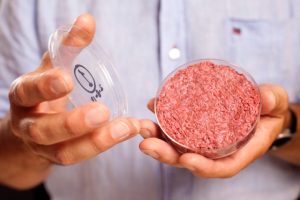 The divided cells form themselves into mini-muscle fibers of 0.03 mm length. In this phase, post settled them into new cultured-Beef-02 vessels, with many small gel nuclei. There, they automatically wrap around the gel plugs and grow into small muscular tube. Typical muscle fibers, they operate it as it were a steady bodybuilding. Taking these fibers all together, they form tissues. merged Multiple layers of this muscle are then obtained a burger. “It is not cloned, not gene-manipulated, there are just split cells, completely healthy and safe!” Said Mark Post the process.

“People who can not do without meat, or might want, the carnality offered by in-vitro meat a chance to take further action, ie to consume muscle tissue and fat without animals are tortured, found Felicitas Kitali, Nutrition Officer of PETA. Armin Valet fears the consequences of high meat consumption, such as climate change, not animal welfare under constant use of antibiotics and related diseases of civilization. The health consequences for consumers can not be dismissed out of hand, as the latest news of the WHO showed he says. End of October warned the World Health Organization against the consumption of excessive amounts of red meat and sausage products. Every day more than 50 g of increasing, a study by the Cancer Research Center IARC according to international, cancer risk on colon cancer

“We will have problems that are not even visible now. The global meat consumption will rise and we can not operate without further destroying our resources him, “says the father of Super Bulette, Mark Post. For the emerging economies, especially China, have come to the taste. 2012, more than 300 million tons of meat have already been produced. The FAO, the Food and the United Nations Agriculture Organization, expects that this amount will double by 2050 yet. 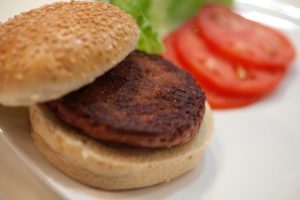 “Since we could counteract the lab meat” of Mark Post is fully. The symposium in Maastricht was the first step, the scientists bring together. The aim is to standardize the Petri dish Burgers, so it can be offered as soon as possible in the supermarkets the VerbrCultured-beef 09aucher. Professor Post is planning a long-term bio-tank with a nutrient solution for its cells. The tank is on the top 25 000 liters grasp, half the size of an Olympic pool. From this he would then generate meat for 40,000 people. The nutrient solution in the tank would be about rich as “food” one year for the production of millions of muscle cells. 10,000 muscle forms a burger. In addition to the technology, determined also the mass price. Mark Post revels already: “I dream of supplying McDonalds world with my hamburgers.” In Germany last year there were 1,477 Restaurants McDonald’s “to serve”. The process 40 507 tons of beef, 21,695 tonnes of chicken meat and 4,561 tons of pork, so Stephanie Wolf of McDonald’s Germany Inc.. Around in five years, estimates 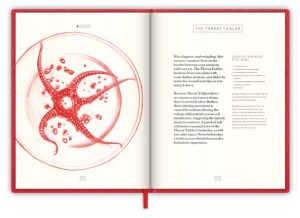 Mark Post, his burger could lay at the supermarket on the shelf or it could be squeezed into fast-food sandwiches.

The future is perhaps more unusual in the age of technology, as you can imagine it today: dark red flesh berries, violet Teppanyakis, handsome Lab-pearl, this and much more offered to the creative people in their completely invented Internet Bistro already under this Link: Bistro In Vitro
article + cookbook Photo ⓒ www.nextnature.nl


[…] the future breed vegetables in their shelves, meat from the Petri Dish, Link: Mark Post, and Link: Meat the Future, because this “future music” is not so far away. At least it would be a considerable […] 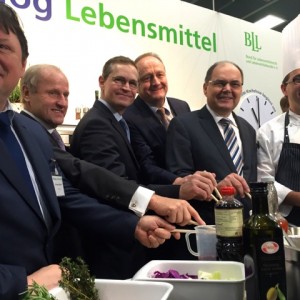 All hold the spoon in the "soup", but who will spoon it out? (face the music) The "System" of Agriculture is in a deep...
Copyright 2014 Ruth Schalk
Back to top