The Green Week 2016 – between innovation and crisis 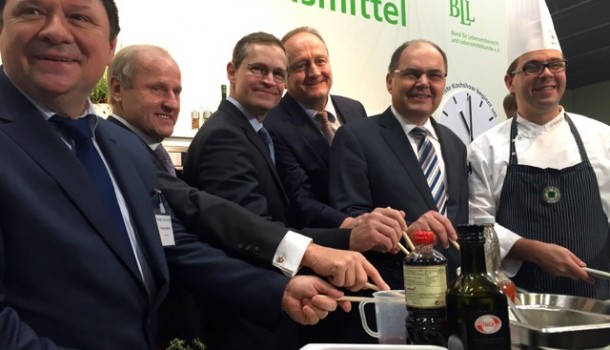 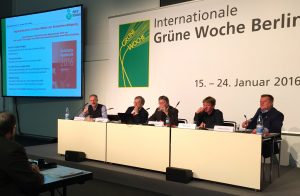 All hold the spoon in the “soup“, but who will spoon it out? (face the music) The “System” of Agriculture is in a deep crisis: smaller farms die, even now, despite factory farming. Farmers aren’t able to repay their loans anymore. Not only the dairy farmers, all farmers are desperate because of low prices, and above it all hovers the discussion about TTIP. For Dr. Katharina Reuter, managing director of corporate green, TTIP deems wrong: “European agri–businesses are structurally positioned differently from the American operations by a larger share of family farms and smaller farm sizes – and thus inferior to strict market principles“. 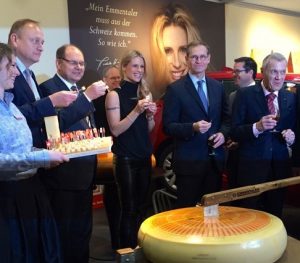 Even Prince Loewenstein, Farmer himself and chairman of the BÖLW *, warned on the IGW of the consequences: “Profiteers of TTIP are the United States, as trade barriers are removed, cloned animals, genetic engineering, eggs from battery hens, animals from box attitude etc will come freely into the country, the conditions of competition would be distorted. TTIP would be the death knell for the peasant 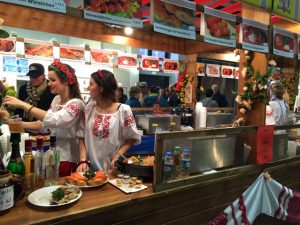 agriculture!“ Christoff Minhoff from BVE* calls for the promotion of medium-sized enterprises and a level playing field. Joachim Rukwied, President of the DBV*, considers a stop of Russia sanctions for indispensable in order to stabilize the market. Berlin’s Mayor, Michael Müller, appealed to both, producers and consumers, to watch out  their behavior to environmental and climate change mitigation and Federal Agriculture Minister Christian Schmidt emphasized the inaugural tour, that, in view of low prices and a greater understanding of go that regionality, animal welfare and sustainable production have their price. 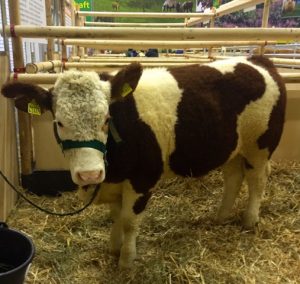 Well, the Green Week is unique, since 90 years, the world’s largest exhibition focusing on agriculture. With news like the ‘green office‘ with keyboards and mice made of wood, Michelle Hunziker, the rounder presented to Swiss cheese than he already is eh, nuts from Afghanistan, delicacies from the Ukraine, honey from Germany, Bulgaria, Romania, Thai and Indian specialties and livestock. 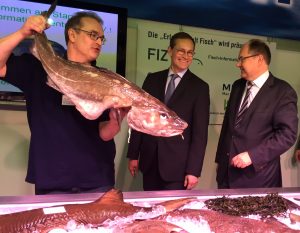 This year were selected Angus cattle and Simmental the trendy favorites. The puscheligen Simmental has grown horns away, be recognized by the P above the name. Breed way cut, through breeding, etc., are outgrowths of the industrialization of agriculture. By contrast, and against factory farming this year protested again the animal rights association of the German Animal Protection Office. 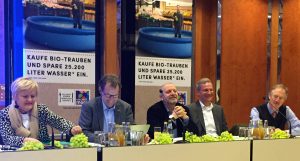 In the cows, the Minister did not stop with his entourage. He let it gently with the bees and go at the fish, and tried relish the Bavarian beer. The 2016 celebrates its 500 anniversary with Reinheitsgebot and presents itself so proud of the IGW *. Green Week is like a journey to Alice in Wonderland, there is much to discover … Some may have been wondering what more the production of the products actually really cost us. The consumer looks so only the price for the purchase, which is to be repaired damage to the environment, subsidies, etc., he does not. The former Federal Minister for Consumer Protection, Food and Agriculture, Renate Künast, spoke out clearly for greater transparency in the products of: “We need a technical traceability of food, consumers have the right to know what’s in their food.”. The organic sector presented at a press conference in front of their new campaign: “What our food really costs“, an initiative for the consumer. The result is a lot of scare and hopefully shake up, because if nothing changes, then we have in 10 years, probably even more, lost the whole smaller farms.

On the BÖLW evening reception Dr. Lowenstein pointed again attention to the harmful consequences of industrial agriculture. The plate was full and just before overflowing. 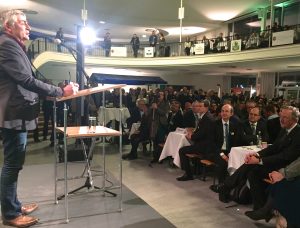 Federal Agriculture Minister Schmidt concerts with a note on the book of the Prince on agriculture: “I read your book, find some good too, but not all.” The minister now wants at least 20% organic farming in Germany are aiming for. MEP Martin Häusling brought the situtation then significantly to the point: “We do not need 20% ökolpgischen farming, we need him to 100% and an immediate halt to conventional agriculture with stock limits, because if we do not, then we risk more climate problems. “At the gastronomic buffets information Green Week were once again genüßtlich “kidney & heart” checked on.

The young catering team late last year in Berlin opened a restaurant where they use only whole animals, heart to kidney precisely. 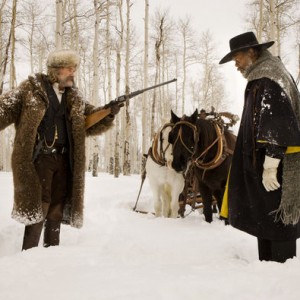 Blowing snow. A carriage with a horse team of six, cuts through the landscape, snow-covered forests and mountains in the background...
Copyright 2014 Ruth Schalk
Back to top