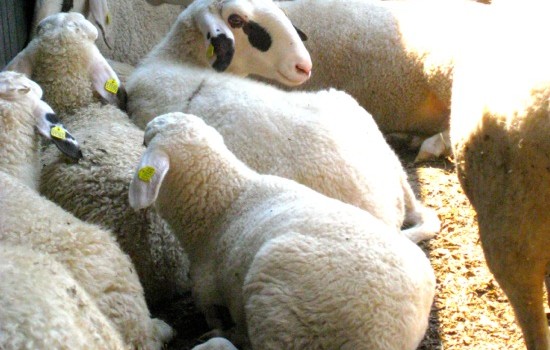 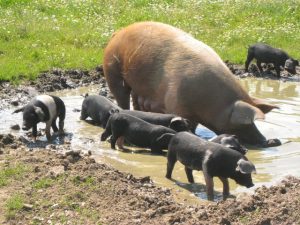 It is the 17th of July 2014, a Saturday and 30 degrees in the shade. Enthusiastically the lively pigs of Schleswig-holstein most well known spectacle “baker” Gunther Fielmann, are wallowing in their “bathtube”. Some little, cute, pink–black piglets linger along. Grunting and quite curious they stretch their sniffing and quite curious noses at us opposed by the fence for several minutes. 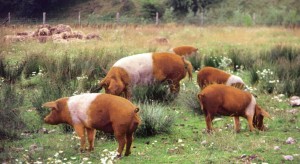 Then they turned back to more important things, like such as an apple lying around or a tuft of grass, before going back to their wallow.

Under the mud however is no longer to determined as accurately what noble race to grade hides underneath, an angler saddle pig or the Red Husum pig, also called Danish protest pig. Both rare breeds whose conservation was stabilized at Hof Luetjensee.

Agriculture, breeding noble races and the conservation of endangered animal species is the second passion of the famous optician. The farm is about an hour away from Hamburg City by car. 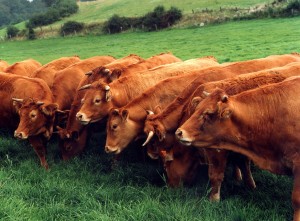 An idyllic path leads to it, along an old railway line. Along the way you already encounter ‘the ladies with the straight back and the wonderfully wide backside‘ so described by their squire, organic farmer Fielmann, his Limousin cattle without glasses. Hardly reach the yard, there is a group of long necks waddling along, they fit well on a first-class “guards”. A few chicken clean up the yard, everything as it shlud be on an eco-farm. 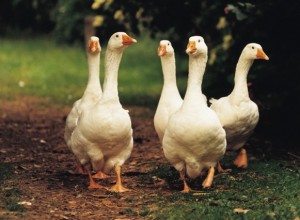 Left Hand of the farm shop, well stocked, Saturdays but unfortunately only open until 13 o’clock. It should be once a project like Fielmanns glasses stores, nationwide eco–farm shops, consumer friendly and everything purely ecological. Who knows, maybe the plan has only rested, but maybe he now prefers to save the glass-penguins in South Africa …

Everything is relaxed. What a beautiful sight as her mother wallowing piglets in the mud and take a dip. The whole pig family can not sweat, so that is how they’re refreshing themselves. They have no sweat glands. To cool off, they pant like a dog also. The modder protects the delicate skin of the bristle animals also against sunburn. Finally they feed bern the dried mud on a fence post or tree again. To get rid of their pesky mosquitoes and other creepy crawlies. The bugs stuck in the dry mud and rubbed away the grime. It can then no longer the pig plague. A mud bath is not only convenient, it makes the bristle animals also a lot of fun. To be happy they stuck their noses into the earth to dig, it’s so interesting, full of worms, snails, acorns etc ..But we were able to look around on the site, and it was just greI was so excited about the spactacle sheep thats how they’re named, a very old austrian race. Only cute, pink – black piglets linger along, happy grunting and just as curious as me …

Opposite live the bigger pigs and on neighboring pastures rare Carinthian sheep. They have black blotches on the eyes actually see them rather naively as bespectacled, so called the opticians spectacle sheep, funny idea! 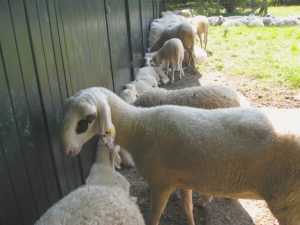 A second herd grows on the Schierensee Manor; another property of the eyewear – manufacturer Gunter Fielmann. It is said, that he meanwhile helds the largest herd worldwide. 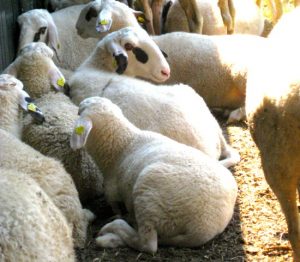 A proud achievement and a wonderful support biodiversity! Fielmann is thus, like all farmers contribute to the preservation of the species, also Ark-
Member of Slow Food, the association against fast food to preserve an enjoyable food culture. The spectacle sheep were something more sunscreen probably just important. Most sheep have been crimped to the cooling barn wall. Another tree was just quite in demand, seems to be terribly warm, so wrapped ‘all in sheepwool costume‘. The rest of the herd veged out together under a tree on the meadow. For photos, they are unfortunately too far away.

Courtyard Luetjensee in Stormarn there is a trail for interested citizens, but also especially shows for school classes: local fruits and all the trees of the field marks. The trail leads from the courtyard to the forest and back across the fields to the village. 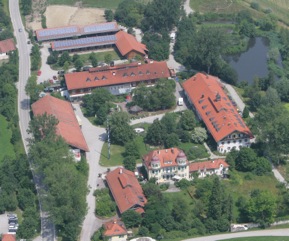 The Schweisfurths - what an enormous change: from famous factory-farming empire "Herta", to organic-farming "Hermannsdorf" Once...
Copyright 2014 Ruth Schalk
Back to top