Slaughtering – who chews on tough meat, chews on the fear of animals …

The careful and sensible handling of the animals before slaughter rewards will reward the consumer with an appropriate quality of meat. The scientist Klaus Hoffmann, from the Max Rubner Institute of Meat Research in Germany, defined the quality of meat already in 1973 as the result of the combination of: genetics (race and gender), the production process (husbandry, feeding, slaughter age and weight) and as the pre-mortem factors. The last concerns the trapping of animals in the pasture, the separation from their family hearth, transport with litter in the car to the closest slaughterhouses, unloading and stay, waiting times and waiting room, as well as the safe, humane stunning and finally the animal-friendly slaughter. In addition to the love for the animals and the corresponding handling of them, these are all fundamental factors for the quality of excellent meat. Who chews on tough meat, chews on the fear of animals.

A good butcher knows this and acts according to the animals. The cattle are driven towards him. The butcher will fix the Stunner, the bolt gun to his forehead, so he puts the animals into unconsciousness. The animals are anesthetized. Such hoisted on hind legs with a pulley. The butcher cut them then with a sharp knife the neck arteries throughout. Before long, the cow dies by bleeding out. In responsible slaughterhouses the animal slides over to death almost painless.

Therefore, organic labels ask for quiet zones before slaughter. Some go even further and prohibit slaughter per piece rate and electric shock driver. Further disassembly work may take place only if no more eyelid closure reflex is visible, no movement, no breathing muscles and everything relaxed. So the animal is dead for sure. No sooner than three minutes after the “jump-off” the animal may be further joint or cut up. Not everyone can do. The job of a “butcher” is a recognized and important craft. Many forget that unfortunately.

The best method of killing is the bullet shot while the beef is out at feed on the meadow. After shooting it, it will be hanged up at the tractor on his back-hooves. Then you cut his throat. The blood will be caught up in a vessel. The animal learns absolutely no stress, it also provides the best quality of meat. It was also found that the herd remains around it completely quiet. The farmer Ernst Hermann Maier from the organic farm ‘Balingen Osdorf’, south of Germany, started this idea in the 90’s already. 13 years he had to fight for his humane killing at court. Since November 2012 it is allowed now all over in Germany. The agriculterer only has to order a permit from the local veterinarian office. This is necessary, because the deadly shot has to be skillfully. The bullet is deadly at a specific location at the Cattles Head only.

Pigs are pushed into smaller groups through the corridors of the abattoir into the “CO2 chambers.” There they are suffocated, sometimes just stunned. “The first 15 seconds are the most painful for them, they moan for air, suffocating,” says Professor Jörg Hartung *. Then they are tapped. Then they come in a basin to boil out. There, they lose their bristles.
In the slaughterhouses for mass destruction, there are not trained butchers, but cheap workers from Eastern Europe. They are mostly employed in the factory farming slaughtery. These workers often do not know exactly how they must stab the beef, pork or other animals properly. In addition, there is a killing in accord. They got 4 seconds of time for killing per pig. This can sometimes go awry. It is estimated that about several 1000 pigs in Germany are waking up again. Then they die a very painful death. They are scalded fully conscious. This is also a disadvantage of factory farming and the subsequent mass slaughter. In smaller land- or eco-slaughterhouses they mostly avoid such cruel “misfortunes” rather.
Hart aber Fair,  2010 “The biggest factory for slaughtering in Europe”, a TV – Story about a slaughterhaouse in the north of Germany; it is in German, but the pictures explain themselves mostly

Poultry is alive hung by the feet and then dipped by head in an electric water bath. Then their throats are cut with a sharp knife in succession on the assembly line and they bleed out. The brutal method is poisoning with CO2. The animals are slowly suffocating. You can watch their painful death through the glass panes of the “gas chambers”. Then when they are at best dead, they are hung up on their feet and they will in turn cut by the head.

At the “kosher butchering” the animals are bleeding out at full conscious. For animals, this means a minute-long, agonizing death throes. This is prohibited in Germany by the Animal Protection Act § 4 a: a warm-blooded animal may only be slaughtered if it is stunned before blood loss. Unfortunately, the reality is different. The Federal Veterinary Association estimates that in Germany 500 000 Sheep are shehitahed every year. The reason is the exercise of freedom of religion. If, therefore, for members of certain religions it is mandatory, then they may let the animal bleed out at full consciousness, a decision of the Federal Supreme Court – sounds like an opinion from the Middle Ages. Unfortunately accept this “waivers” to. The Federal Veterinary Association is fighting against it. Even in Istanbul, the shafts without stunning is not required.

This is certainly another step on the road to the right direction. But in addition the slaughter in the chord has to stop, because in 4 seconds just happen faults faster. The type of anesthesia to be significantly revised and employees must be paid appropriately. If all this is achieved, then it is not quite as cruel for many animals and especially not painful.
In Schleswig Holstein consists a Battle ban on killing cows in calf since February 2015 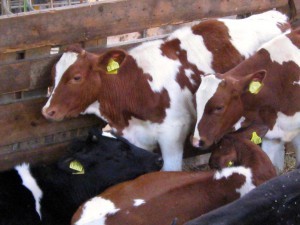 The corresponding country code now prohibited the slaughter of pregnant cows from the last trimester of pregnancy. If the research to prove an earlier date of pain sensation, the Code would be adjusted to that effect. It is uncertain to what extent an unborn calf suffers from the death by suffocation. That pregnant cows come to a slaughter shows how little such a calf is worth in the mass livestock producers world and how much the brutalization increases in this profession. The German Medical Association says 10% of cows slaughtered supporting. That would be about 180 000 calves suffocating in the uterus while their mothers are hanging dead on butcher hooks.
After all, in SH should cows that were either temporarily held by bulls or artificially inseminated, held the gestation binding before being transported for slaughter. From the last trimester of pregnancy, the birth should be awaited. If it turns out at a slaughtering process that the animal was heavy in foal, next to the breeding farm also the associated veterinary is informed that has violated the Code. For repeat offenders sanctioning carried out by the Veterinary Services.
Finally, attention is drawn to the need for a uniform national implementation relating to slaughter ban on carrying cattle and sanctioning for violations. This is to prevent future that bearing animals are transported and slaughtered in other states in which the code has not yet been decided.Sources: steaks, master pieces for men; Report Mainz ARD; Tough but Fair ARD 2010; PROVIEH; Dr. Tanja Busse


* Prof. Hartung: Chairman of the Animal Protection Commission at BMVEL, Bonn / Berlin; President of the International Society for Animal Hygiene; Member of the Scientific Advisory Committee (pool of experts) of the Committee for Biological Agents (ABAS) at the Federal Ministry of Labour and Social Affairs, Berlin; Chairman of the VDI working group “Effects of air pollution on animals and foods derived from them,” Commission pure support. the air of VDI and DIN .; Head of Division “hygiene” of the German Veterinary Medical Society (DVG). 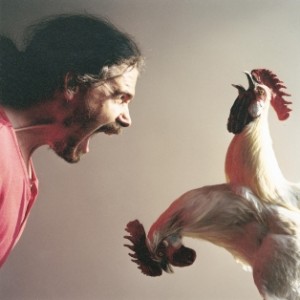