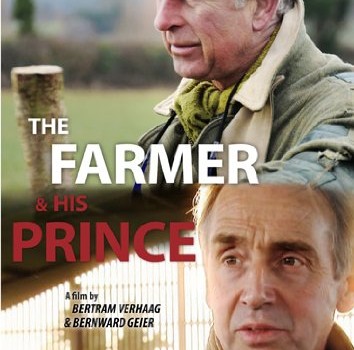 “We can not continue: Take nothing but return Nowadays we give nothing back – we only accept . . ” HRH Charles, Prince of Wales

… and not at all his royal highness likes that. As a child, Prince Charles often visited the countryside with his grandmother. While his mother ruled the country, “Queen Mum” spends time with her grandson. Together they spent many hours outdoors. The first seed of love for agriculture, livestock and crops was there probably already laid, the Prince thought himself.

So it is no coincidence that Prince Charles foundet one of the very first companies for organic products. He has also taken some advice from experienced eco-pioneers, such as the German professor Dr. Hartmut Vogtman. Shortly thereafter, in 1986, introduced the prince the Duchy Home Farm, the farm of his estate Highgrove in Gloucestershire, on organic methods. For this purpose, Prince Charles had the good fortune to win David Wilson as a manager for his farm. Wilson is just as curious as the prince. They complement each other perfectly. While the outside world smiled at them, a unique ecological company was built by the two during the last 30 years. Consumers cared little time to the origin of the products and the conditions under which they are made.

Today the Duchy Home Farm is probably best known biological farm in the world. It covers about 700 acres in idyllic English Cotswold hills near the town of Tetbury. Even at the entrance to the farm you’ll be greeted by a sign: “Warning, You are entering a GMO-free zone.” The Prince has a great sense of humor. He is a sympathic person, a farmer with a strong, unwavering passion for Mother Nature; this will be greatly appreciated and loved around the world:

Bertram Verhaag, German director and producer of documentary, takes viewers into the small little town of Tetbury, in the south of England. Nestled in lush green meadows there is the “Duchy Home Farm,” the barren environment of Prince Charles.

Rare birds , many species of butterflies, bats, insects, reptiles and mammals have settled here again. 16 km long new willow hedges were created – woven by hand, quite a few by Prince Charles himself. They’re not only providing wind protection and they are a feast for the eyes, but also accommodate useful wildlife that protect the natural way, the grown grains and vegetables against pest infestation.

As a “bee pasture” means any area of ​​arable land comprises of a two -meter-wide colorful flower strips of wildflowers and wild herbs . Diversity also describes the farm animal life. The 180 -member Ayreshire dairy herd is the economic backbone of not only the livestock industry,

but the entire farm. In addition, there are 90 Angus cows and calves, 500 Lleyn sheep and a herd of pigs. Deliberately kept local breeds and thus partially saved from extinction.

Not the recoverable amount of milk or meat is decisive for the choice of the breed, but most importantly, how the animals are adapted to the local natural conditions. Ducks, geese, chickens, turkeys, peacocks, dogs and cats romp in the yard – in addition to the wild hares, pheasants, hedgehogs and other mammals. The nature-friendly farming the farm continues in the use of renewable energy sources , the installation of a natural wastewater clarification system with sedge, the application of natural history, largely homeopathic medicine for animals and the use of biological building materials in the buildings. 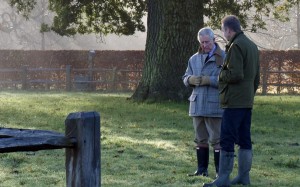 The film shows a prince who has the vision to feed the world ecologically and heal the ravaged countryside. This goal he pursues with his charismatic Farm Manager David Wilson for years without giving up. There were also defeats in all these years.

The pictures show poetic, striking images, such as organic farming works and what are the benefits and healing power of you go out. Bertram Verhaag, watching the two visionaries for more than five years, throughout the different seasons: “The Prince of Wales felt the ecologically sustainable ideas already connected, as we use the word” sustainable” do not even know. More than 30 years ago, he realized that one can convince farmers with practical examples to cultivate land in harmony with nature and without poisons. That’s the two of them impressively succeeded. Farmers from all over Britain pilgrimage to the Duchy Home Farm and get there the courage and knowledge to transform their own agriculture.

Renate Künast * saw the movie and said, “Of course it’s spectacular that in this film Farmer David Wilson works for Prince Charles. But more impressive to see how a perfect organic farmer was from a conventional farmer. With bright eyes and a good breeze British humor, he takes us on his journey to good soils, happy animals and biodiversity. In ‘ The farmer and his Prince ‘ show us both how exciting and wonderful it is to make their way . “
Interested People can order the english version of the movie at Bertram Verhaags Company, just klick the Link for the adress Denkmal Film GmbH
*From 12 January 2001 to 4 October 2005 took Renate Künast the Federal Ministry of Food, Agriculture and Consumer Protection. Today, she is member of the Bundestag and chairman of the Committee on Justice and Consumer Protection.
** In England the movie won’t be released. The Farm is well known and open for visitors. It’s said in Engand, the prince is a hippie, so the german film distribution company. The Production company, Denkmal Film, thinks somebody in GB has forbidden the cinema distribution in england- anway you can order it at www.denkmalfilm.de


I live in the USA and would like to watch the film “The Farmer and His Prince” with subtitles in English or audio translated to English. How can I live stream, rent or buy that version? Or perhaps it is available through library systems in the USA?


Hi Judy,
sorry, for the late answer. As written on the bottom of the page, you can order the Movie “The farmer and teh Prince” at the production company http://thefarmerandhisprince.com/index.php/derfilm-4; at Denkmal Film.

Wish you a nice one
Ruth 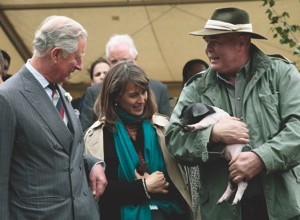 He is thoroughly, firmly rooted in the soil of his ancestors, all farmers. Rudolf H. Buehler manages the Sonnenhof...
Copyright 2014 Ruth Schalk
Back to top