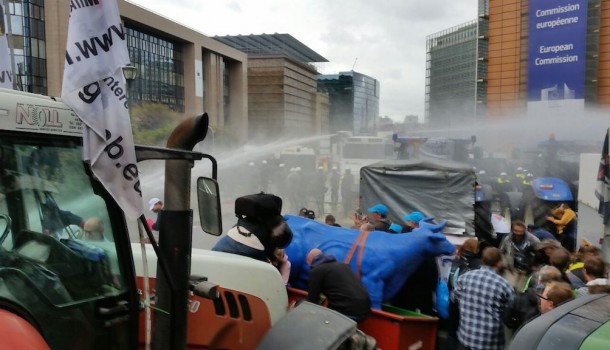 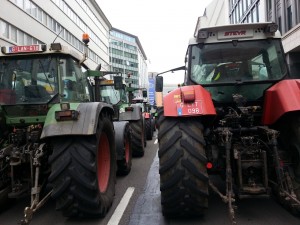 politics of the EU. Since they quit with the milk quota in april, the milk prices have slipped continuously more and more towards the basement. Right in advance of the planned EU-agriculture-ministers-meeting today, hundreds of tractors are blocking the streets in front of the EU building in Brussels. Together with colorful dairy cows and the huge Trojan horse, which is already known from the TTIP protests last year,  the farmers block the streets in the EU-area. 140 km of jam the police announced today during the morning hours. There are more than 200 tractors on the road blocking the roads in the government district. 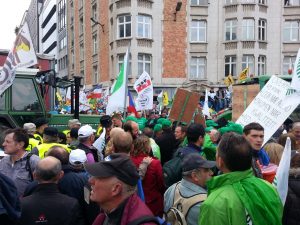 Hundreds of farmers gather in front of the Brussels European Council 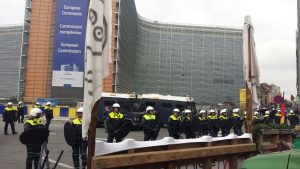 building and protest loudly: “The milk market is burning, the policy’s fall asleep”, “farmers need a fair price, 40 cents per litre of milk”, that’s what they’re calling. The Farmers fear for their existence. The Russian import ban may be an additional source of concern. The Chinese market has collapsed, all together a desolate situation. But cows are permanent suppliers, they can not be turned off suddenly, or put on part-time job.

“We must find a way to cushion the fluctuations that can not cope with the farmers,” said Federal Agriculture Minister Christian Schmidt (CSU), towards the ARD television station, just reported before the crisis meeting in Brussels. The risk of the market is currently contributing only by the dairy farmers. The EU must help them. Experience has shown that the minister talks a lot, but he solves very little, say the farmers. 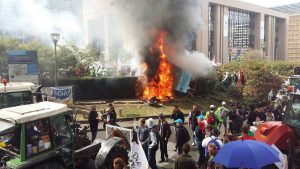 Meanwhile, the mood in Brussels has heated downright. Straw 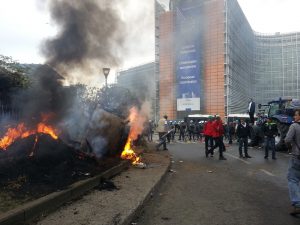 and wooden pallets were set on fire. “In Belgium, the Demonstration rules are legally regulated more generously than ours. Therefore the Belgians like to set stuff on fire, as a particularly heated expression of their protest.” Says a farmer from the BDM (League of German dairy farmers), in the middle of the action at 15:35 pm today. In the afternoon, the EU Agriculture Ministers plan to come to together for a special meeting. The farmers want a long term solution respectable. They want to be taken seriously at last. 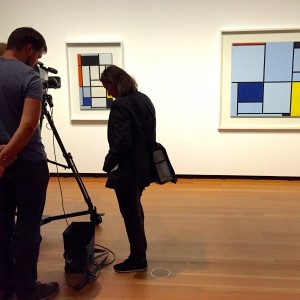 During this time, when a lot of things just seem to fall into disorder, the straight lines of the Dutchman bring a pleasant...
Copyright 2014 Ruth Schalk
Back to top