The journalist and her luxury “Scots” 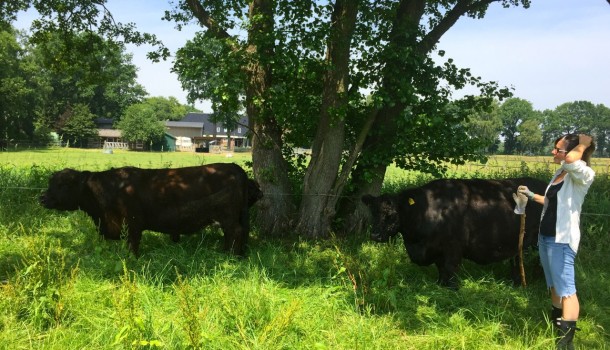 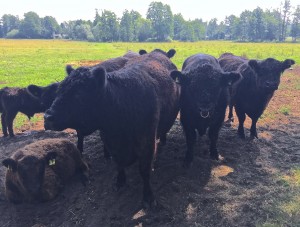 Small and very fine, that’s just as she wants to keep her flock Galloways. Judith Reinhard is convinced of the species-appropriate and natural rearing of cattle. She feeds added only in lean times some hay and straw, but otherwise the purebred south scots pluck their food by themselves. They are totally self-sufficient. Day and night, summer and winter, her 32nd animals are in the meadows in front of her house. From her living room window Judith Reinhard looks at a small suckler cow herd. 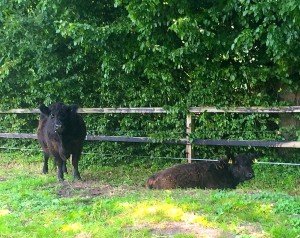 Still quite young animals, a few cuddling calfs, their mother cows and an imposing bull. She has even a second bull. His name is Bulli. She has just borrowed him to another breeder: “Bulli is such an amazing animal, he is very close to my heart. Killing is not an option.” On the pasture next, there lives a cow with her calf alone. The calf has been born blind, but that’s no reason for the former fashion journalist to charge it off, of course not: “On this terrain it’s all manageable 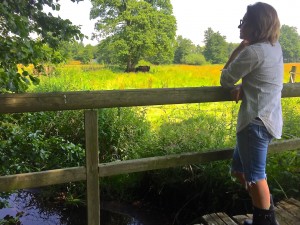 , here there the little blind bull can handle his sur- rounding and continue to grow in peace.” The cow gave already birth to five healthy calves, only this one can not see. Just behind the two, separated only by a fairly narrow stream of the “Wümme”, there are two more meadows. One is occupied by a few older cows and their calves; the other one with a few oxen. “The Oxen gave especially good meat, very tender, but they grow more slowly than any other gallo- way,” says Judith Reinhard. It’s a hot day, 34 degrees in the shade. Certainly the shaggy animals would like to cool down in the Wümme, but this is not allowed, for nature conservation reasons.

Water for drinking is always available for the animals. Each pasture is equipped with its own water supply. Once a day, Judith Reinhard expires every meadow. She visited her animals and checked whether everything is in order: “That is also important, so they’re keeping to get used again and again to me. Otherwise they would run wild quickly. “But so they are easy to handle. The only downer for the thick thick skinned cattle, it is sometimes just too hot in Germany. The Galloways are originally from southern Scotland. There the temperature runs up to 20 degrees maximum, that’s it.
Mid-80s, when the structural change was already well on it’s way, and many small farms were up for sale, many academics take the chance to the country. It had become chic. Doctors and architects, lawyers, journalists and advertisers, who held on to their own bred steak behind the house. The Galloways became fashionable. They were downright awesome for part-time farmers, the so called Moonlight farmers: naturally hornless the cool Scots are also extremely frugal and they put a lot of meat on. The fuzzy animals were imported to Germany suddenly: in all black the favourite blacks, the white with black fuzzy ears, belted in black with a white cummerbund, dun in dingy gray-brown tint, or very rarely in rigget, a special black and white mixture. In Scotland, the animals were predominantly used for the pasture care. Galloways muffle cheerfully what the pasture presents: rushes, couch grass, pastures, just everything. They are brilliant in that and used in Scotland for the task to prepare the fields for the significantly picky sheeps. Sheeps are more valuable than the cattle. So frugal and easy the Galloways became simply the ingenious breeding stock for the entire German newcomer farmers.

With the BSE crisis in 1986 this boom came to an abrupt end. The Bovine Spongiform Encephalopathy, known as mad cow disease, diseased cattle were suffering due to wrong food, probably triggered by improperly reclaimed animal meal which the British already gave the calves in the milk or they put it in their additional fodder. The course not only affected the race of Galloways but all cattle were fed in England with this feed. It happened in the endeavor of confirm demand for new animals comply.
Judith Reinhard comes from a peasant family. When she inherits the farm in 1999, she left the media industry and  begins to grow Galloways. 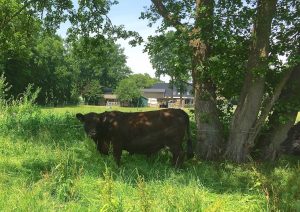 Her husband helps her: “We have learned to bear hard times, but when my husband would not have stood by me again and again, I do not know if I would have the court yet; but now it runs and we are very satisfied. “She has a small clientele. They appreciates the quality of her meat products. Slaughtering will be only 6 to 7 times a year on the farm with the permission of the local veterinary office. Then the butcher comes in person, stunned the animal with a bolt gun and let it still be bleeding out. Death comes quickly. The animal has no more time for stress or anxiety. “At the beginning, when we had to go into the house butcher nearby animals, we got some blue flesh again. Or we had to watch how our animals were forced with pitchforks with all their might in the killing bay. We did not want this.” When the slaughter runs so brutal and stressful for the animal, you can forget about the meat. The whole three years of careful and loving rearing are done in one fell swoop destroyed. “My animals should no longer experience something so bad. Now they suffer a rather gentle, completely stress-free death.” This one tastes certainly the juicy finely marbled steaks. Anyone interested can log on to Judith Reinhard. She enjoys showing her animals to which she really is proud. But you can also simply order and then get it delivered from her. From time to time she is also in Hamburg on the market place. The times are on her homepage: Wümmetal Farm 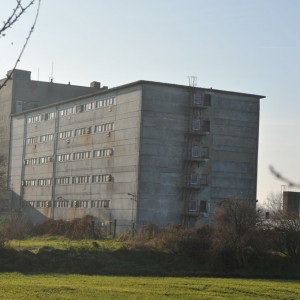 Close together to squeeze the pigs in the narrow crates, one after another. The animals can not even stand up straight...
Copyright 2014 Ruth Schalk
Back to top