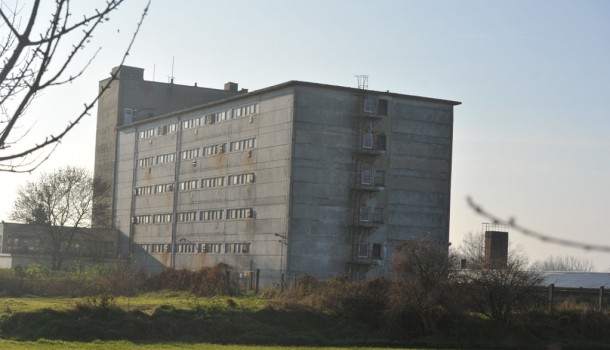 Close together to squeeze the pigs in the narrow crates, one after another. The animals can not even stand up straight in it. They can not turn around, they can only eat and produce piglets. Even through the grid they can always feel their neighbors, so closely stuffed in these grid cells. That is the sad reality in the daily pig skyscraper in Maasdorf in Saxony-Anhalt since probably almost 50 years. A quick look at those bastards hell gave Jenke of Wilmsdorff in his TV special, “the Jenke experiment” in March 2015 on RTL. 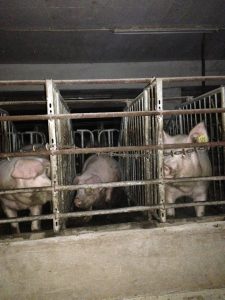 Along with the animal activists he visited the pigs bunker and showed the shocking, monotonous everyday of the normally joyful animals. They lie in their own feces. This not at all correspond to the animals. Pigs are very clean. They normally use a permanent 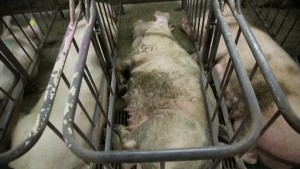 place as a toilet. Sleeping they do at a completely different place. To “diversion” are so-called “plastic-game”- chains they hung in the grid boxes, but pigs rummaging happy with their noses in the ground, looking for roots, worms or other treats; they are very keen to experiment in search of food this way. A life, day after day cooped up in the extremely narrow crates corresponds to the animals in any way. Doing this to them is absolutely merciless! The crates are unfortunately still not prohibited by law. At least can then be ensured that the animals are usually well treated . Clean stables and Health- inhabit Lich supplied. How to take it that the local veterinary authority has not noticed anything? 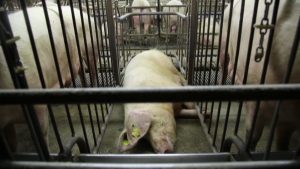 numerous video Print 56Verstöße of the Animal Welfare Act states that proceeds from the response of the state government to an inquiry (LT-Nr.KA 6/8726) the green parliament deputies Dorothea Frederking forth. 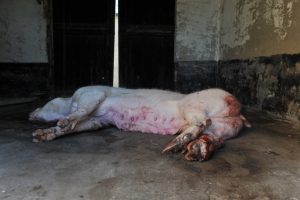 During the inspection, which was previously registered one day emaciated and injured animals were encountered. Many areas of the high-rise building were heavily polluted. Animals lost and reasons were not documented. Adequate veterinary care was not given. These corresponded to slabs, slatted floors u. Illuminance in wide areas of the building not the legal requirements. 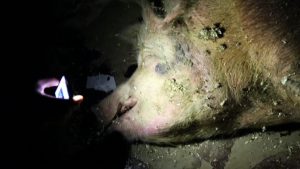 Jan Peifer, spokesman of the German animal protection office, considers himself in the call for a closure of the plant confirmed: “If at a registered inspection, a few days after the pigs skyscraper nationwide hit the headlines, such a large number of violations is found. Not to imagine how else it would look there “Moreover Peifer criticized:” The answers of the little request can be seen also that all controls in recent years have been registered in advance with the operator of the pig tower, sometimes even four days previously, which I think is outrageous. “In 1969 was the pig skyscraper as super modern, a status symbol of the GDR regime. In the bunker-like building hundreds of pigs are kept on six floors, the tens of thousands of pigs produce each year. The pigs skyscraper is unique throughout Europe. Previously authentic pictures have never been shown from the inside. The team of Jenke of Wilmsdorff and the activists managed to film the first time in the operation. 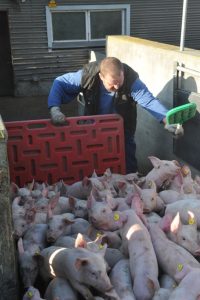 Animal Welfare Office documented brutal methods of loading piglets on trucks
A few months ago also the German animal protection office image shots now had published, with which even the animals tormenting posture and loading of piglets have been documented in the so-called swine skyscraper. More Details penetrated to the public and a demonstration in front of the pig skyscraper was organized, with hundreds of animal rights activists from all over Germany. “We reached an attorney letter, which asked us not to publish the recordings from the pigs skyscraper and the piglets loading, we have been warned,” said Jan Peifer, founder of the German Animal Protection Office. Peifer showed continued: “Everyone should see how the animals are tortured in pigs skyscraper.” The German animal protection office released the undercover video footage on YouTube, where it was clicked almost 50,000 times..

The animal rights activists switched also an attorney. Dr. Sven Dierkes of the media firm hump saw in the warning to attempt to intimidate the animal rights activists. The video can now be shown. The pigs skyscraper has long been considered a myth. For months, the video Print sought RTL research team then and finally found it in Maasdorf in Halle (Saxony-Anhalt). 6 floors filled with 500 hybrid sows for reproduction breeding, thousands of piglets are born. The animals are transported between f 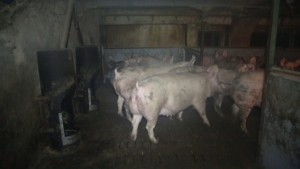 loors with a lift back and forth. The piglets produced under industrial conditions are sold to breeders and fatteners throughout Germany. If you’re unlucky, they then end up in plastic toys to plastic slatted floors and in crates. If you have a little more luck, they end up a little softer, in a so-called. Bio-barn on straw with outdoor enclosure. Much of coming directly to slaughter. You will only see the light of day again, a brief moment on the way to the slaughterhouse. 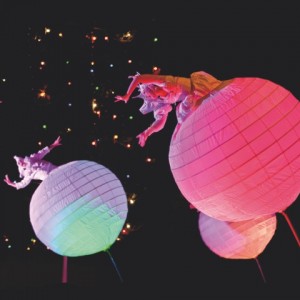 Monday, June 6th, 2015, it's the night of the Tiger, Mr. Sex Bomb "Tom Jones" shows up in one of four Germany Concerts tonight...
Copyright 2014 Ruth Schalk
Back to top