“Tomorrow” – it could be fantastic… 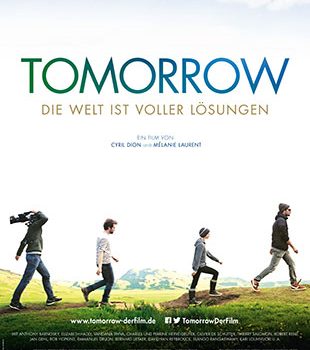 Hooked by a study in the journal “Nature”, which predicts the meltdown of our civilization within the next twenty years, the actress Mélanie Laurent and French activist Cyril Dion (Inglourious Basterds) embark on the search for new paths, new ideas. They talk to experts visiting world projects and initiatives that pursue alternative ecological, economic and democratic ideas. While traveling to San Francisco and meeting the people of “Zero Waste”, rave garbage collectors, who see more than just waste, namely the future in their trash heaps. They show Zero Waste as the grandiose initiative of an entire city, which so generates good soil from waste. Plastic bags, don’t existi in San Francisco since of 2007. Or the gardeners of Detroit, which grow on abandoned land, in the middle of the city vegetable farms, “keep growing Detroit”, and thus bring the city back to life. It is interesting and inspiring who and what Mélanie and Cyril figure out and what amazing ideas that result. They travel to ten countries and meet people who look 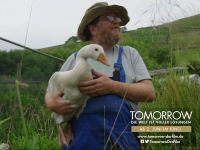 around and then just start to do something, because it is simply unbearable without a satisfactory initiative for them. The entrepreneurs of Pocheco in Lille, for example, do not put on a financial profits for itself, but always reinvest immediately in order to make the company that manufactures envelopes sustainable: “There are not only finance”, is the motto. You have greened their roofs and 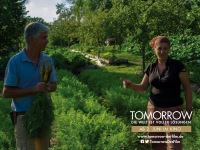 installed beehives, draw power from its own solar cells and are still self-sufficient. There is no pressure and the staff can get to work. Nick Green, biologist and scientist, head of the incredible edible in Todmorden, in southern England, said: “Most of the food in the world comes from small farmers. The Agro industrialists can make money, but they can not produce enough food. The small farmers we shall need.” Whether the activists of Todmorden, look with their lush herb gardens and vegetable greenhouses for the community, or based on Permaculture Farm Bec Hellouin, of Charles and Perrine Hervé-Gruyer in Normandy visiting to, that sounds good.
Mélanie: “Initiatives like permaculture, local currencies or renewables paint a picture of an alternative world. What is demotivational is, that these activities seem piecemeal initiatives. But they’re just waiting to be united! There is already a world that offers solutions and that is inspiring for sure! “

Cyril: “Skeptics of today will see that in twenty or thirty years the resources become increasingly scarce, the number of environmental refugees is increasing and the agricultural Income decline. There is no other option but to change anything. All these initiatives show that we have no choice, and they are the beginnings of a new society and a new culture. “

Mélanie: TOMORROW is definitely no eco-documentary, but it looks at the society, how could it be tomorrow … We arrived in a time, an age, where no one is talking to each other, no longer applies, each judges the other, there is simply no longer enough compassion…
TOMORROW is a movie that encourages and join the worldwide invites – even if you ‘only’ discover experiences and get a different view of the world: gorgeous landscapes, people who care, geese that wander around in the grass, serenity and much of fat green nature, accompanied by beautiful Music. And Tomorrow is also a film of fighting for democracy. 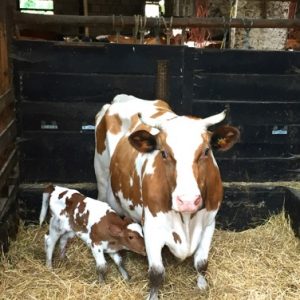 A cow and her calf, the two go together like mother u. Child. That's also the opinion of german eco-farmer Mechthild...
Copyright 2014 Ruth Schalk
Back to top