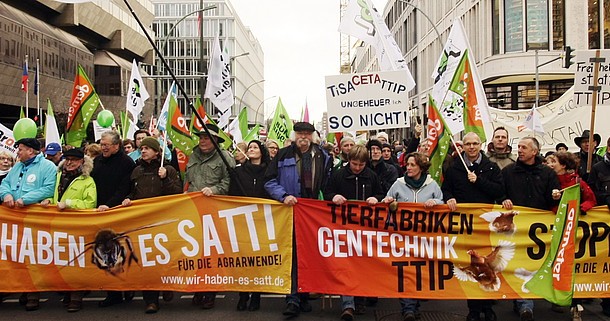 Whenever the Sheet IG plays, in Berlin it’s time for protest. Together with consumers protesting farmers for a fundamental change in agricultural policy! For five years, and always at the international green week, then it says again: “We’re tired of”!«

Together with consumers the farmers fight for a fundamental change in agricultural policy. On Saturday they went along with 80 tractors from Potsdamer Platz in Berlin-Center to the Federal Chancellery. 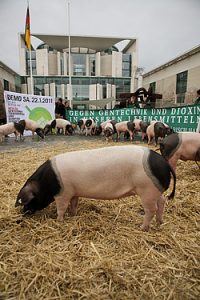 In 2011 even an ” animal protest ” took place,  when pig breeder Rudolf Bühler brought his back bred Swabian land pig. 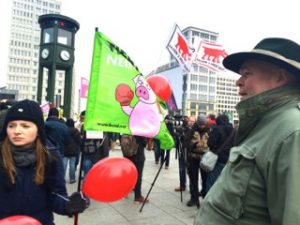 This year he came without them.

But they can still be seen on the IGW, international Green Week, in Hall 25 be up to 25th January.

From year to year the protest grows. Since 2011, the number of industrial – agrarian opponent has doubled. 50 000 activists are now going on the road for a 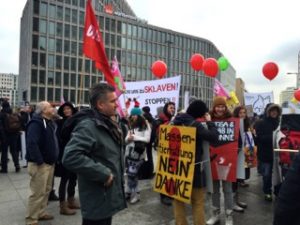 fundamental change in of agricultural policy. Increasing resistance to the planned free trade agreement TTIP and CETA between the EU and the US and Canada, with genetic engineering and animal factories. ZSpecially the recent events, be it the constant breaches of existing animal welfare legislation of mega – hog Straathof (cruel pig Baron), or the almost starved 700 cows in north Germany, show how important it is to come away from industrial livestock. The immense climate damage caused by factory farming daily, reinforce this strategy.  In addition, the effects of EU agricultural policy for developing countries. Our exports of animal remains that can not be sold on the demanding European market , such as Chicken feet , take the small traders and local producers their existence. 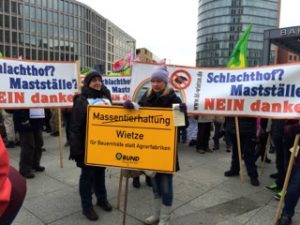 The Chairman of the Association for the Environment and Nature Conservation Germany (BUND), Hubert Weiger, said in his speech at the closing rally in front of the Chancellery:  “Thanks nationwide citizens’ initiatives, more than 100 planned giant stables were not built anymore. Finally welfare stables to be promoted more and Agriculture Minister Schmidt has announced to tackle the excessive use of antibiotics in animal husbandry. Still benefit meat corporations and retail chains from the fact that the agricultural industry imposes on the production and the environmental costs of the public. At the same time consumer awareness grows about the risks and side effects of industrial agriculture. The food production in rural and medium-sized enterprises must finally be protected from unfair competition and greater recognition. ” 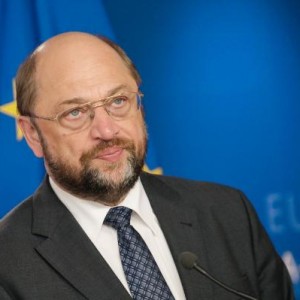 Please scrawl down for the english translation. I startet with french, as another little sign of sympathy. Minute de silence...
Copyright 2014 Ruth Schalk
Back to top