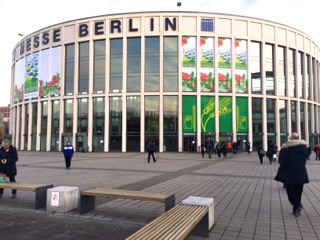 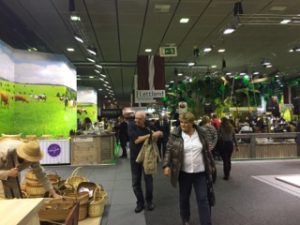 It was fascinating to watch how the great halls of the Exhibition Centre crowded from Thursday little by little with life. You could feel the tension rose. 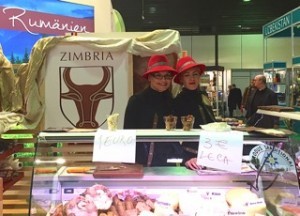 Each country had decked out individually and waited proudly to present their special gifts.

There was always something to snack to wonder or to taste everywhere in the various halls.

In the animal room, and at the Farm Experience you find a lot of breeds such as the ordinary domestic pig or the Swabian country pig and you can tell a ‘ two-class society ‘: 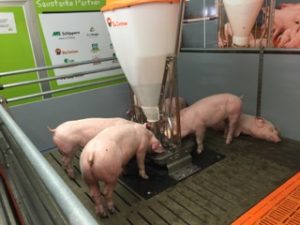 while the ‘ordinary’ little pink pigs move on barren soil columns, the Swabian landpigs can snuggle into the hay – is indeed tough nut to be so many small noble piglets.

An ancient breed that was bred up again.

Sometimes it happens with the souped hogs, sows that the throw as many piglets that they do not have enough teats to feed them all. A consequence of pure profit -oriented breeding. If any less eat pork, that would certainly change these practices.

German Brown cattle, bison, buffalo and normal Simmental. When the two of them left you can see the difference from a cow left of you have etched the horns with nitric acid as a baby away, and a cow was bred already without horns. The head shape changes. Can say for sure that only the vet. 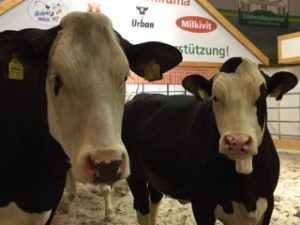 The horns removal does it do animals and humans do not get hurt. It is extremely painful for the cows and it also works 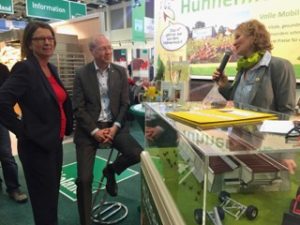 without. Continuing encountered inevitably to the chickens mobile.

There you can explain everything you wanted to know about chickens ever before.  On Saturday came coincidentally by the Hessian Minister of Agriculture Priska Hinz. 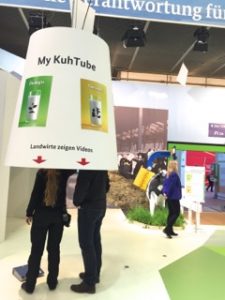 And who would have thought that farmers make films ? Many small, rural shorts. They can be seen in ‘My cow Tube’, a mini panoramic cinema. 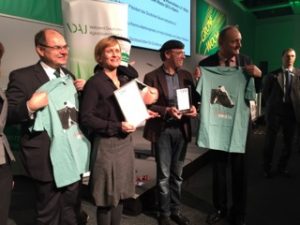 devoted themselves to two journalists. Antje Schneider & Carsten Waldbauer turned in several years and a half hour documentary, “The beautiful Krista”. They received the VDAJ (Association of German Agricultural Journalists ) Communication Award 2015, personally handed over by the President of the Association of Farmers Joachim Rukwied and Agriculture Minister Christian Schmidt.

The film is worth seeing. It is presented in small cinemas. Link Krista 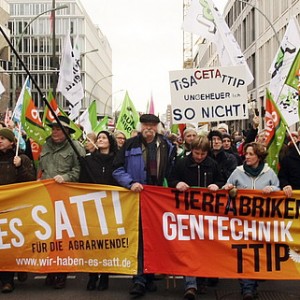 Whenever the Sheet IG plays, in Berlin it's time for protest. Together with consumers protesting farmers for a fundamental...
Copyright 2014 Ruth Schalk
Back to top