Agrokalypse – the date, when the genetic soy starts 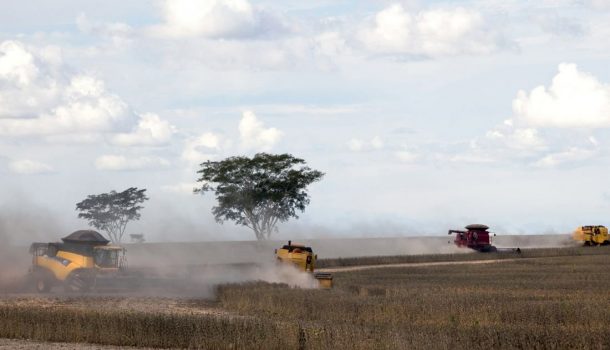 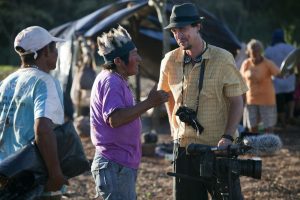 AGROKALYPSE, a documentary about the Brazilian natives and their struggle to survive against the backdrop of rising global meat consumption. Soy is a key feature in the global agricultural industry. As a protein Bomb it is mainly used in factory farming. So it ensures that we can shop around the clock meat, milk, cheese and eggs.

Four years ago, in 2012, german director Marco Keller published his documentary “clear-cutting” about the rapid deforestation of the 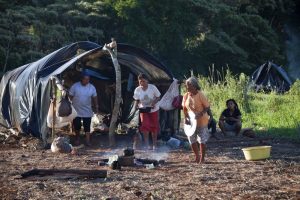 Brazilian rainforest to cause attention. In Agrokalypse he focusses on the transgenic soybean. This soy plant was supported by companies such as Monsanto, or in this case, by the Swiss company “Syngenta“, genetically manipulated, so that delivered weedkillers can not 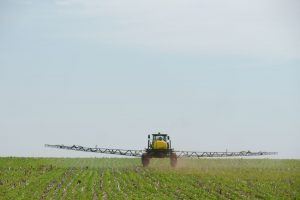 Lethal injection as far as the view goes

harm the plants. Farmers in Brazil, now mainly landloards of huge farms, buy Syngentas kind of ‘carefree package’: insensitive, GM soy and weedkiller, a chemo-lobe. Once the soybean plants are sown, the injection starts and all that is not part of the transgenic soybean thus will be destroyed: all 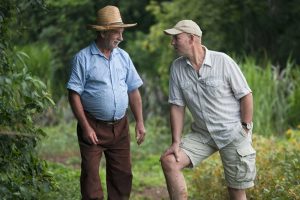 smaller animals, all weeds etc .. “It is quiet in these fields, it looks kind of unnatural and there are incredible huge areas where this soy is growing only, nothing else,” Marco Keller describes his impressions. Keller keeps track of soy in central Brazil, in the region of Mato Grosso, where the spread is so blatant that the Indians are pushed aside. They dont have enough land for their own supply. Amnesty International funded the film, to get attention for the situation of Indigenous locally and thus to change the situation.

The documentary follows the soybean one hand on her way to the European Feeders, and on the other hand also into the shelves of health food stores. The direct links between land disputes and environmental consequences are clearly shown, the excessive soy cultivation for the meat industry, not only in Brazil. Keller portrayed the commitment of tofu pioneer Wolfgang Heck and the precarious situation of the Guaraní Kaiowá, Brazil’s largest indigenous ethnic group. As both are connected to one another and what role plays a 75-year-old Franciscan, is gradually dissolved.

Background Info by Marco Keller: Brazil is one of largest soy producer in the world. Covering an area of the size of Germany there grow huge soy monocultures. The Brazilian farmers rely almost exclusively on GM soy. In combination with the “corresponding” spraying and fertilizer, it is a billion dollar business. ADM, Bunge, Cargill, Syngenta and Monsanto – they’re all after the big money in Brazil; and that has its price. Huge areas of tropical forests are cutting down each year – mostly illegal. But where today the food for our daily steak grows, the people of the Guarani Kaiowá’s home ever since. A once pristine jungle offered them everything they need to live. Today, however, they find mostly endless soybean fields and leached agricultural deserts. In between live Guaraní-Kaiowá as displaced persons, in government reserves and makeshift shantytowns. 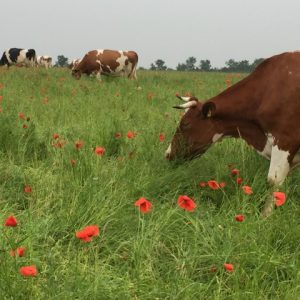 "The cows are as a yardstick for our actions, if they are fine, the Farm is fine as well," say the people of House Bollheim...
Copyright 2014 Ruth Schalk
Back to top